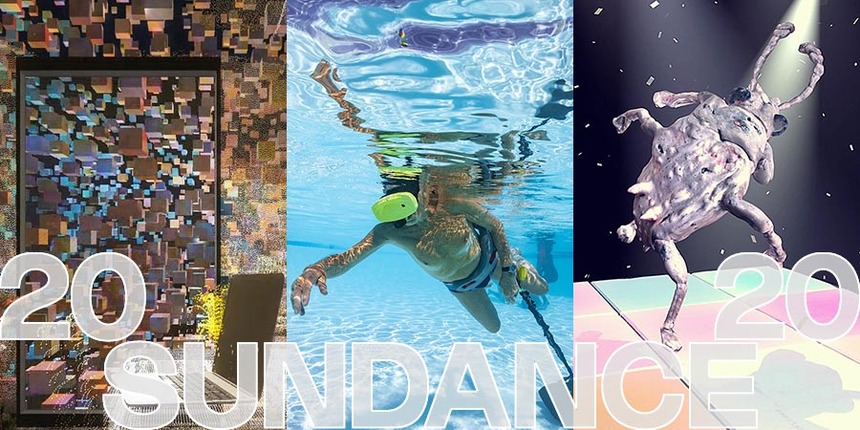 For many years Sundance's New Frontier program was an esoteric exploration of the artistic side of the film-adjacent media world. A handful of years ago VR arrived and with it an influx of big tech money from companies such as Facebook, Google, and Samsung. Sundance's New Frontier was a natural place for the nascent industry to premiere their big budget experiments and New Frontier (and a few other festivals) flourished with high profile talent and even a high dollar acquisition or two.

Barely removed from those halcyon days, we find ourselves firmly rooted in a trough of disillusionment. Most of the funding has dried up as the promise of VR revenue from anything but gaming has been slow to materialize. Google and Samsung have abandoned the space, Apple has yet to make an appearance, and while Facebook is still betting big, their shifting content focus has meant this is the first Sundance in recent memory without at least one high profile Oculus-backed project.

So what happens to New Frontier? Well basically, it drifts a bit more towards its esoteric and artistic roots. Only instead of just being film-adjacent, there is an increased influence on forward-looking tech-adjacent artistry. VR is still there. It just doesn't have the big budget commercial sheen that it used to. Instead, it's more creator-focused with an emphasis on expression. You know, like New Frontier used to be.

Here is a sampling of what we were able to check out at this year's New Frontier. 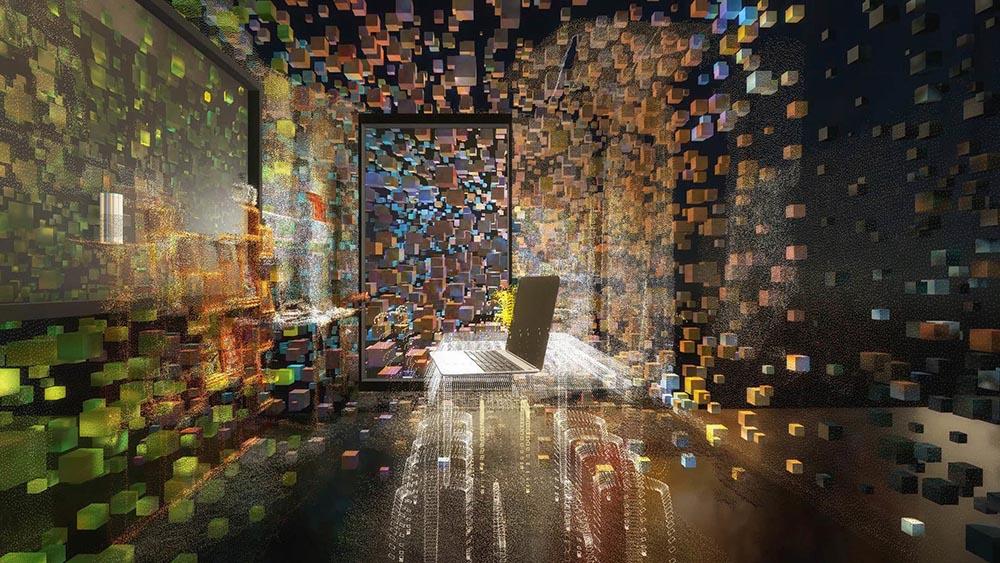 Persuasion Machines
One of the higher profile pieces of this year's edition is The Great Hack director Karim Amer's team-up with UCLA professor Güvenç Özel. The roomscale experience places you in a smart living room of the probably present and sufficiently scares you with all the ways your devices are tracking your behavior to sell you to companies and generally ruin society. The creators employ solidly rendered visuals and excellent voice acting to provide the information in an entertaining way but I'd stop short of calling it a narrative experience. 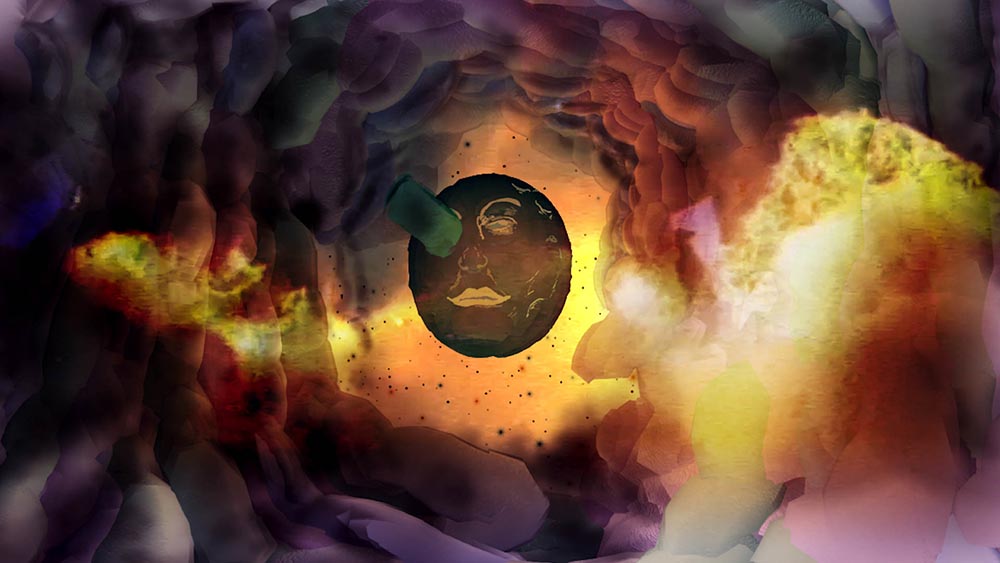 Spaced Out
Certainly one of the most originally interactive VR experiences to date, French artist Pierre "Pyaré" Friquet teamed up with hardware manufacturer Ballast to create this underwater experience that you actually experience underwater. If that's not clear enough, you actually put on a bathing suit and get into a pool, don a waterproof VR headset, and then watch this content while floating in actual H2O. The content itself is a rather artistic take on the moon landing but the experience of floating while floating is certainly something to try. 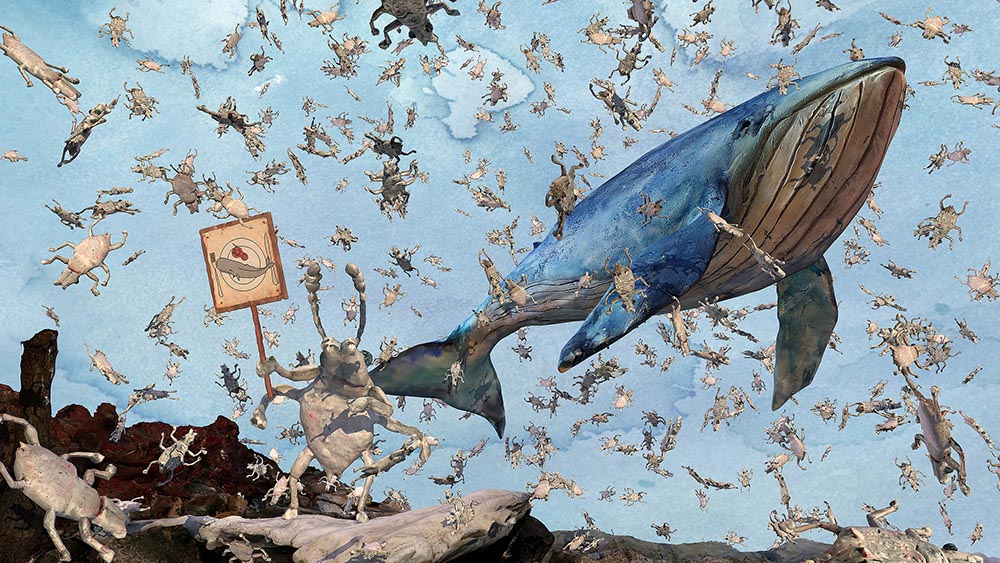 Animalia Sum
Bianca Kennedy and Felix Kraus's visceral exploration our future protein and medicinal source, insects, is certainly one of the most entertaining VR pieces at this year's exhibition. It features gorgeous watercolors and handcrafted miniatures in a style that needs to be seen in headset to be fully appreciated. The knock-off Attenborough narration brings a delightful whimsy to the piece and it is surprisingly informative as well. 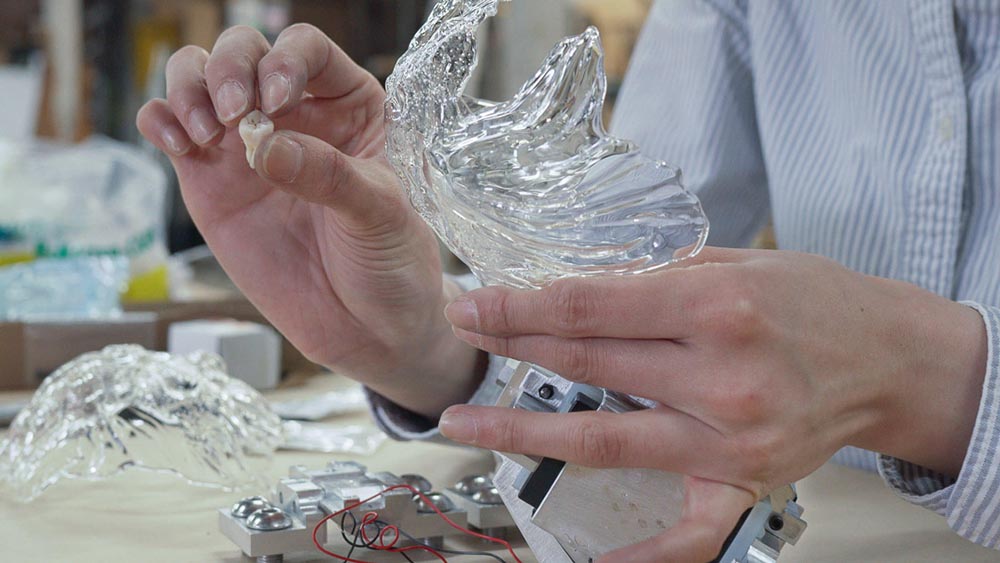 Living Distance
If you were told there was a VR experience about shooting a wisdom tooth into outer space, would you believe it? This is exactly the subject of Xin Liu's multi-part artistic exploration. What results is a poetic experience with some serious pixel particle pumping visuals. All of this takes place in D-Box's very realistic zero gravity chair which really adds to the effect. 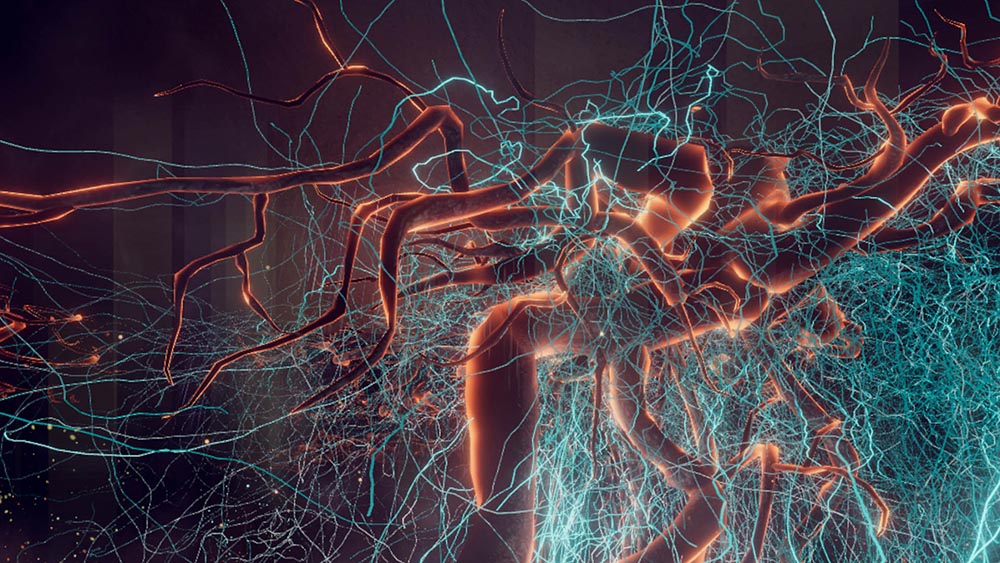 Hypha
Slip on some protective booties and enter the strange world of Natalia Cabrera's artistic exploration of the fungi kingdom. From outer space to deep under the soil, the experience features some of the most beautifully rendered 3D of this year's festival. 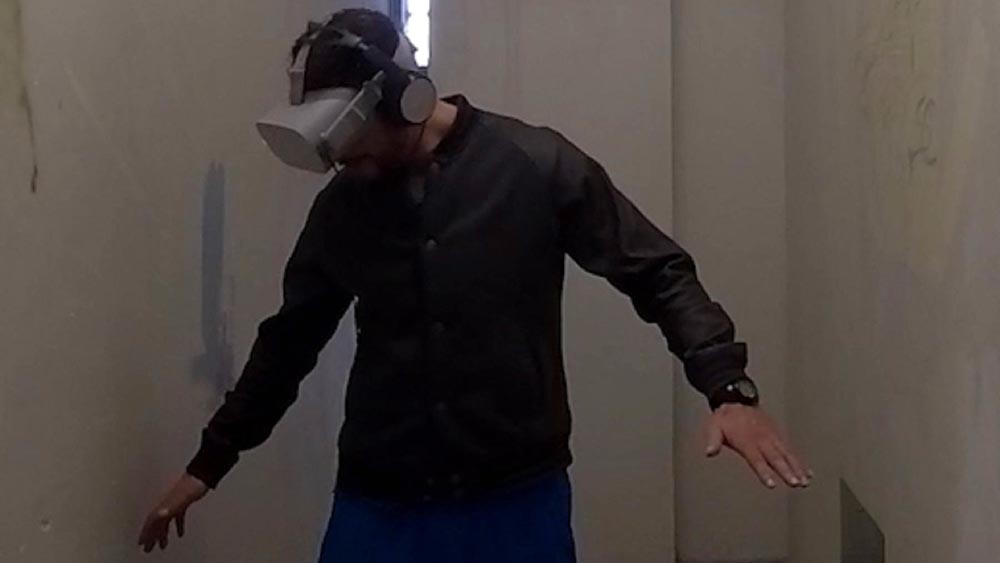 VR Free
Milad Tangshir's mostly verite 360 docu juxtaposes prison life for a group of Italian men with VR experiences that they are allowed to try via an Oculus Go headset. The emotions they go through are palpable (even without the audience being able to see much of their faces). 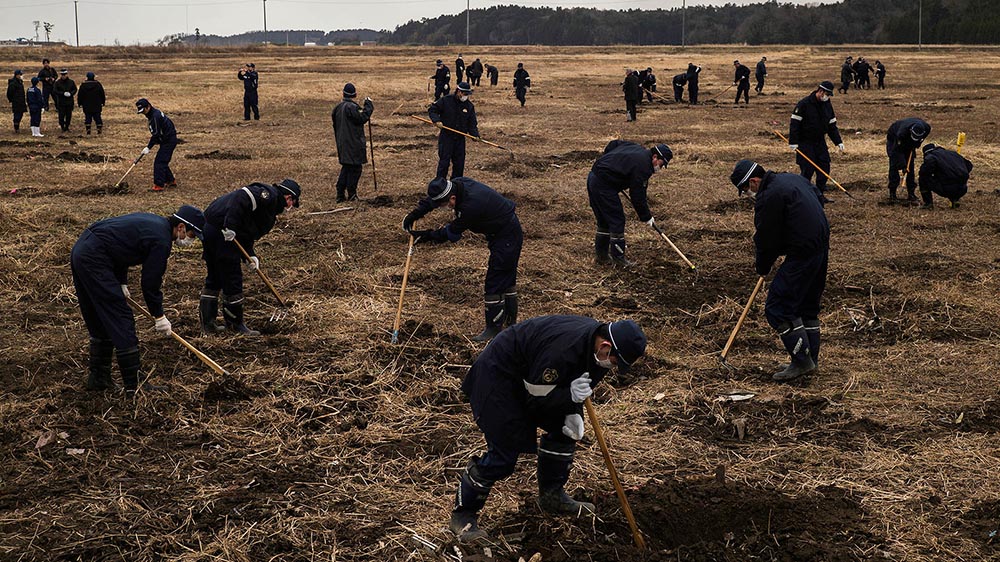 After the Fallout
Nearly 10 years after an earthquake and tsunami decimated Fukushima and caused an enormous nuclear meltdown, Sam Wolson and Dominc Nahr turn their 360 cameras on the communities left behind. It's a stark verite picture of a struggling region, told with little commentary. 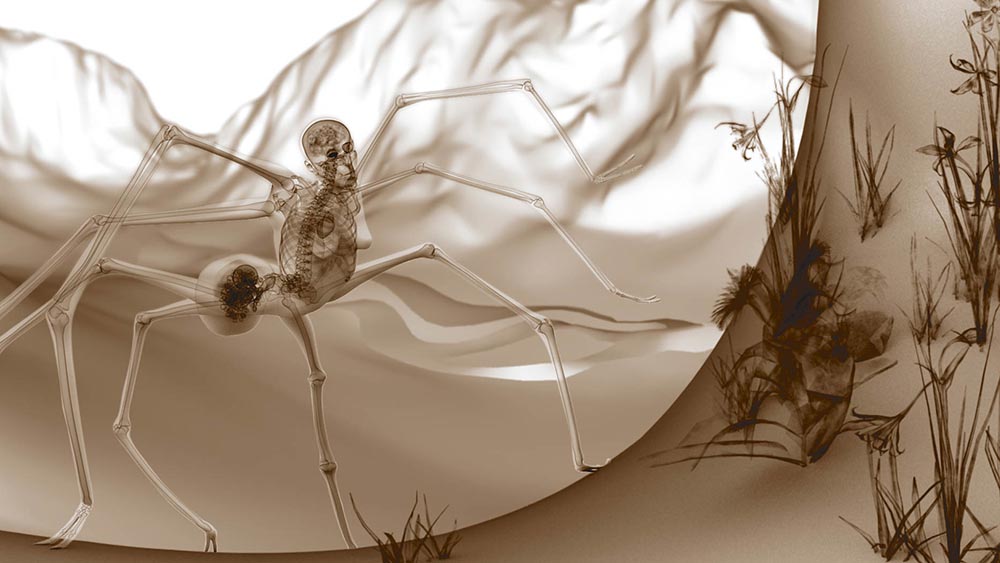 Hominidae
This animated 360 narrative by Brian Andrews follows a mother humanoid arachnid as she raises her younguns. The artistic style is a gorgeous xray-inspired sepia that is a joy to look at. It's particularly cool to see how the imagined physiology of the creatures works. 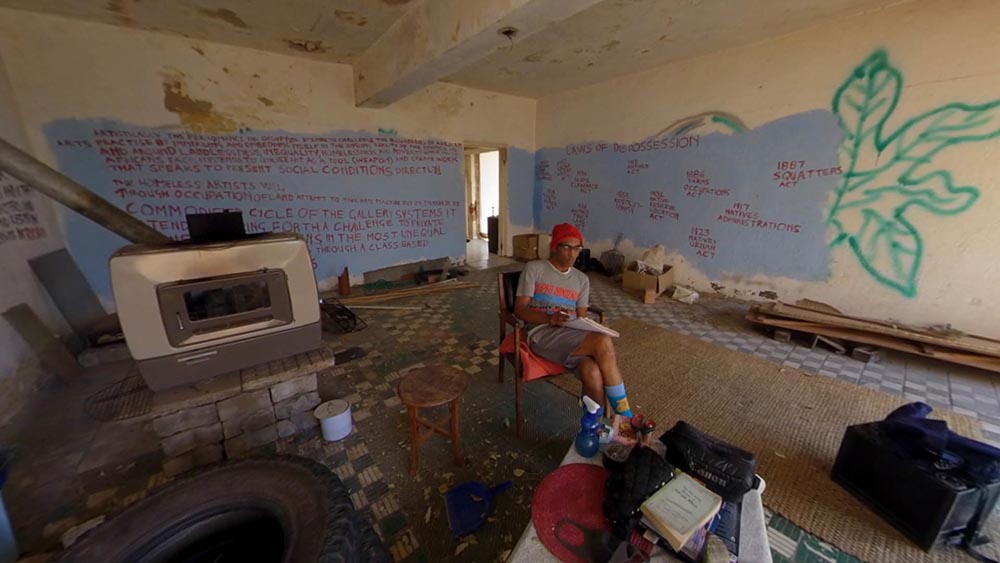 Azibuye - The Occupation
This 360 documentary by Dylan Valley, Caitlin Robinson, and Stephen Abbott looks at a South African occupation of an estate by artists protesting the unjust claim to the lands stolen from their forefathers. Things get interesting when some difficult truths are learned about the land's legal owner. 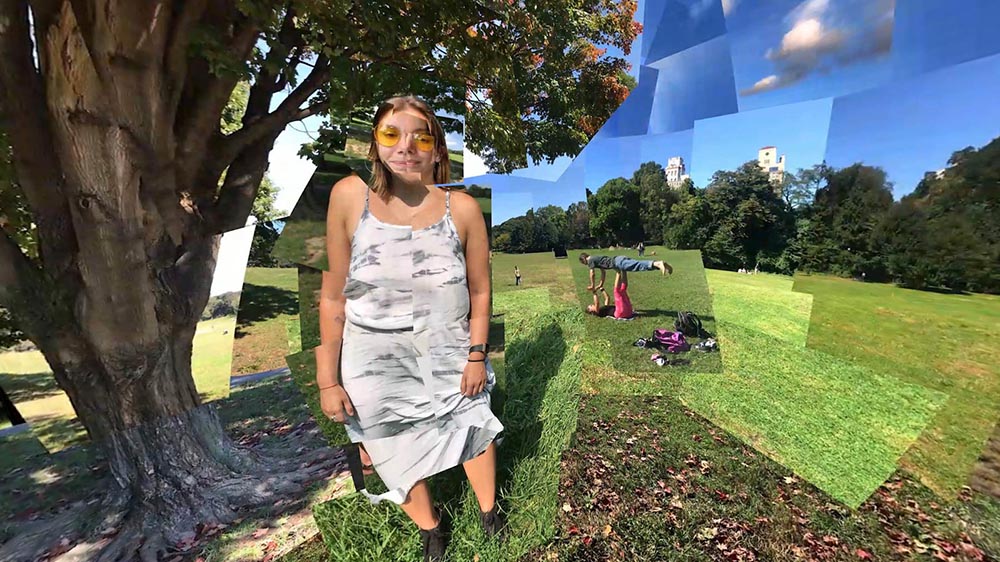 Flowers & a Switchblade
Step inside a semi narrative conversation between two women in a park in Nic Koller and Weston Rio Morgan's 360 piece that employs an interesting visual technique of video collage. Shot with an iphone, each frame resembles an animated 3x5 photo and the effect is very original. 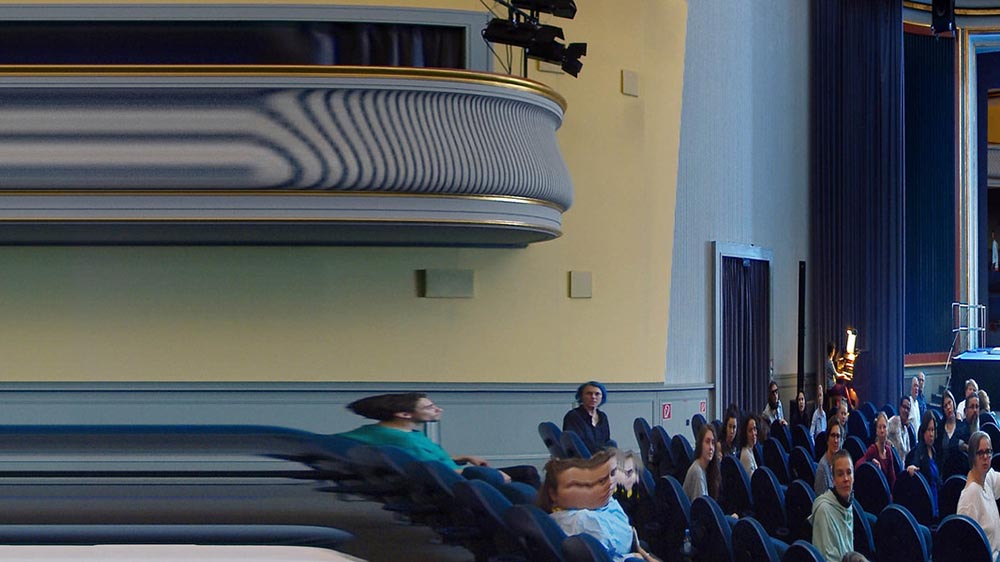 tx-reverse 360°
This trippy 360 short plays with stitch lines and VFX in a crowded theater. It's created by Martin Reinhart and Virgil Widrich. 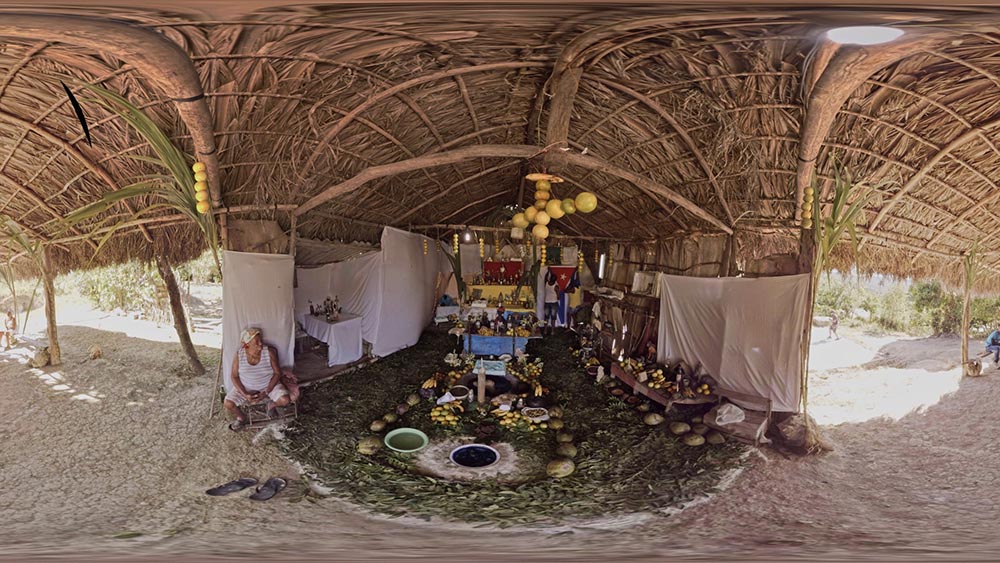 Bembé
Go inside a Cuban festival complete with animal sacrifices-a-plenty in this verite 360 documentary by Marcos Louit and Patricia Díaz. 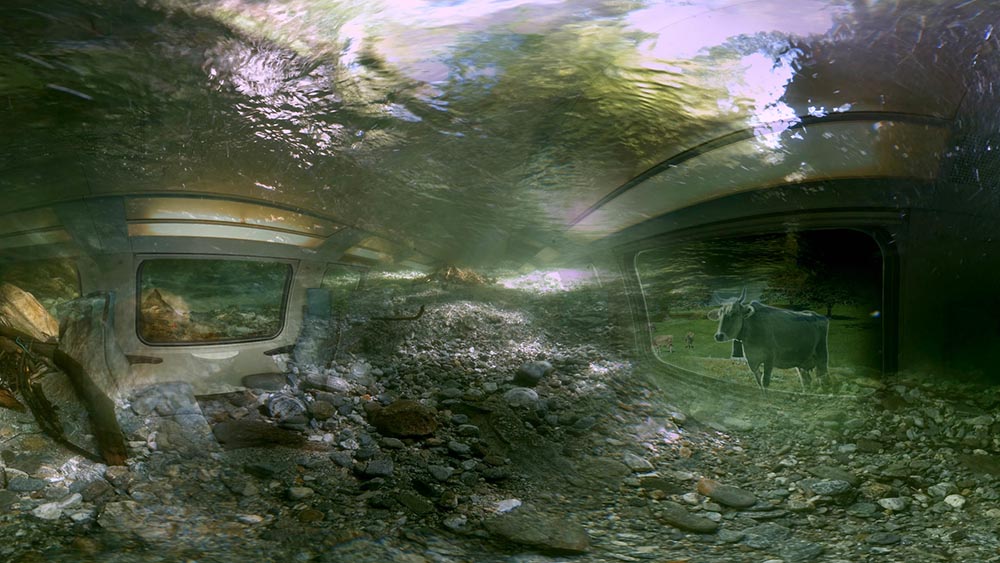 Go
This dreamy non-narrative montage of 360 video clips and some still imagery is created by Sandro Zollinger, Roman Vital, and Klaus Merz. It features some very cool video such as a train speeding across water but at nearly 25 minutes, it is asking quite a bit of the audience.