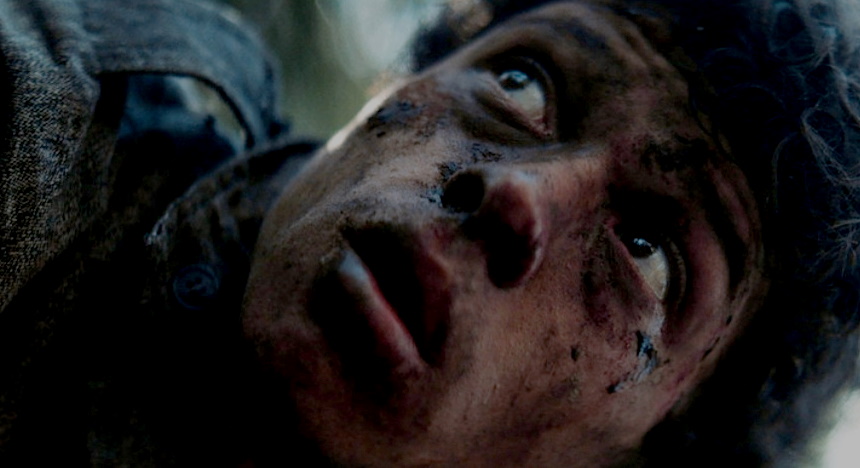 Last Wednesday saw the opening of the 2020 edition of the International Film Festival Rotterdam, and the film which kicked it off was João Nuno Pinto's Portuguese war drama Mosquito. Based for a large part on the stories his grandfather told him, Mosquito tackles Portugal's colonial past in Africa, where during the first World War the locals in Mozambique were caught between the armies of the German invaders and the Portuguese... eh... OTHER invaders who happened to be there a bit earlier.

João Nunes Monteiro plays Zacarias, a Portuguese boy who runs away from home in 1917 and joins the army, hoping to be sent to the French front, dreaming of righteous glory. Instead, he finds himself on a boat towards far away colonies, to fight the Germans in Mozambique. His bad luck continues because almost immediately after arriving, he falls prey to a malarial coma, and after weeks of unconsciousness finds his company has left for a battle already.

While everybody tells him to just wait this one out and party on the beach, Zacarias is disgusted and disappointed, and still wants to help his country fight the good fight. He manages to convince the camp commander to lend him two local guides, and sets out into the African jungle to reunite with the other soldiers. But Zacarias' company has a two weeks headstart on him, and Africa is full of dangers. Will Zacarias manage to join his companions, and righteously fight for the glory he craves, or will he perish during his travels?

While this is a pretty straightforward story in itself, director João Nuno Pinto chooses to tell it in a confusing non-linear fashion, leaving the viewer to puzzle out when what was supposed to have happened. Zacarias has many adventures and much growing up to do before the end credits happen, and one by one he loses his preconceptions, his dreams, his identity, his supposed superiority, his belief in his country, and occasionally his mind when another bout of malaria hits. To view this proces out of chronological order leads to some interesting juxtapositioning, but also confusion.

In the end the good parts easily win from the bad though. João Nunes Monteiro does very solid work as Zacarias, carrying the film and making us feel with this character, even when he's shown obviously doing the wrong things. And João Nuno Pinto commendibly manages to hide the film's meager budget, often letting the landscape speak for itself. Shot on location in Mozambique, Africa is a magnificent backdrop in which Zacarias and his "mission impossible" become ever tinier.

Audiences in Rotterdam enjoyed the film as well, awarding the first two screenings a 3.9 out of 5. 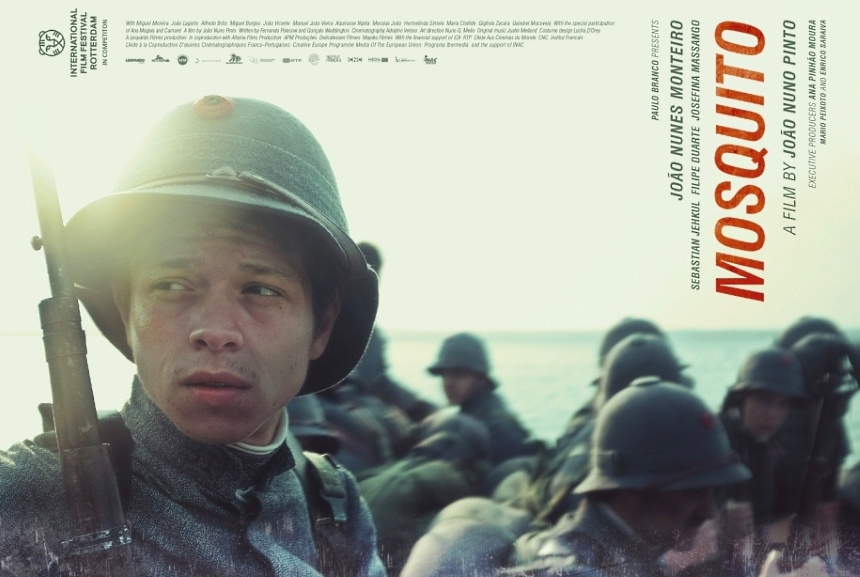