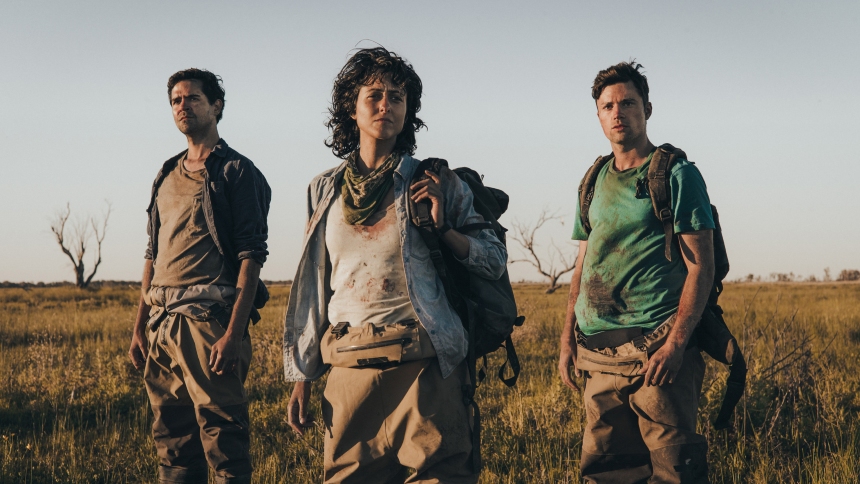 This world is an unpredictable place, especially in a remote region enveloped in horror.

Tension percolates slowly throughout the opening sequences of The Marshes, simmering quietly before eventually heating to a disquieting boil.

The feature debut by writer/director Roger Scott weaves a heady steam of unease in a part of the world that appears to be uninhabited. Pria (Dafna Kronental) and Ben (Matthew Cooper) are university biologists who are joined by undergrad Will (Sam Delich) on a research project in a sparsely-populated region known as "the Marshes," a protected wetlands reserve in Australia.

As things come into focus, the film retreats to a refuge that has become too safe and expected for dedicated horror-movie fans, namely, explicitly bloody and violent imagery that made me tune out. Those with a hearty appetite for such horror fare may well be satisfied.

Myself, I grooved expectantly with the film's suspense until it headed off into the wild, though not unknown or completely unexpected, territory where makeup and effects specialists excel. It should also be noted that writer/director Scott is not averse to the idea of playing against expectations for his characters, which keeps the film on the darker edges.

By necessity, the performances lean into type, yet the primary roles are more than capably portrayed by Kronental (especially), Cooper, and Delich, which makes their fate all the more grueling to anticipate.

Do you feel this content is inappropriate or infringes upon your rights? Click here to report it, or see our DMCA policy.
AustraliaDafna KronentalMatthew CooperRoger ScottSam Delich