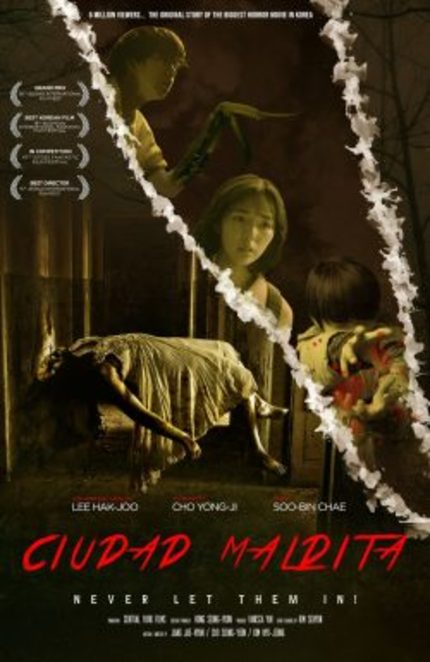 Spooky, bloody, and chilling moments come fast in the trailer for a film from Korea, identified here by its Spanish-language title, Ciudad Maldita.

Andes Films will be distributing in Europe, with a theatrical release set for February 13. The synopsis (available in Spanish on the company's official YouTube channel) indicates that it's an anthology film, consisting of three short segments, directed by Jang Jae-hyun, Cho Seung-Yeon, and Park Chun-Kyu. The first tells about a priest and his first exorcism, the second concerns a child with 'surprising and dangerous' abilities, and the third relates the story of an adolescent bullying victim and what happens to the tormentors.

I will gladly update with the original Korean-language and/or English title in time, but for now, check out the upcoming film's trailer below.

Do you feel this content is inappropriate or infringes upon your rights? Click here to report it, or see our DMCA policy.
Cho Seung-YeonJang Jae-hyunPark Chun-KyuSouth Korea