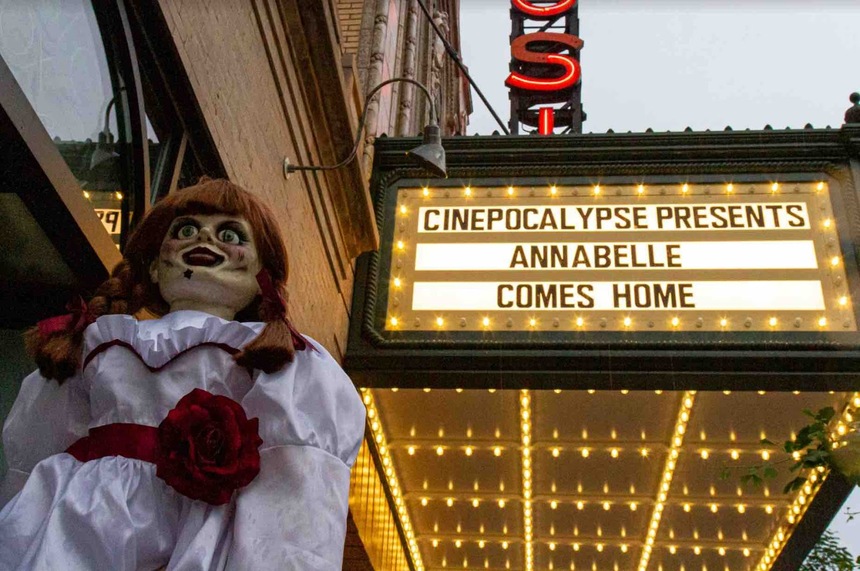 Though it's only been running for a few years, Cinepocalypse in Chicago has become a great stop on the genre film festival circuit. With great screenings and amazing guests, the festival has recently announced that Katie Rife is now Senior Programmer for the festival. Rife is known no only from her work as a senior writer for A.V. Club, but also as the shorts programmer for the festival. Rife says, "Genre festivals have been my home as a critic for many years, and it’s thrilling to get the opportunity to be more deeply involved as a festival programmer.”

Submissions are now open via FilmFreeway, and badges for the 4-day festival are also on sale.

From the press release:

Since 2017, Cinepocalypse has presented Music Box audiences with a slate of dynamic features, shorts, guests, and a variety of other surprises. The festival has played host to the likes of Lana Wachowski, co-creator of cult-hit The Matrix trilogy; Scott Derrickson, director of Sinister and Doctor Strange; celebrated director and cinematographer Ernest Dickerson, known for his frequent collaborations with Spike Lee and directorial works such as Tales from the Crypt: Demon Knight and Juice; late cult exploitation filmmaker Larry Cohen; horror actress Barbara Crampton, from the cult-hits Re-Animator and From Beyond; Stephen Hopkins, director of Judgment Night and A Nightmare on Elm Street: The Dream Child; and more prestigious filmmakers from around the globe.

Featured in Entertainment Weekly, People Magazine, and The AV Club, 2019 proved to be the festival’s most explosive edition yet, shattering attendance records and featuring the buzzed-about world premiere of rock legend Glenn Danzig’s Verotika; a lifetime achievement award for actor Michael Ironside; a career retrospective of the band GWAR; our jury president Joel Schumacher; film critic/commentator Joe Bob Briggs’ notorious lecture ‘How Rednecks Saved Hollywood’; a 25th anniversary celebration of Airheads, with director Michael Lehmann; the first-ever public screening of the original, uncut, R-rated, gore-filled lost “classic” Tammy and the T-Rex; and so much more!