Review: JUST MERCY, Infuriating As It May Be 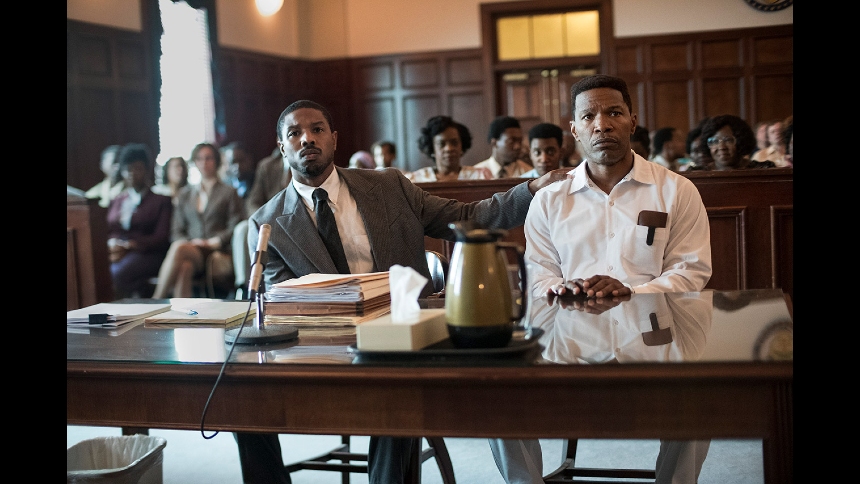 The infuriating delay of justice tests everyone.

Just Mercy
The film opens in select U.S. theaters on Wednesday, December 25, 2019, and will open in theaters nationwide on Friday, January 10, 2020, via Warner Bros. Pictures .

A big-city lawyer comes to a small town to deliver justice for its humble citizens.

Harvard graduate Bryan Stevenson (Michael B. Jordan) is well aware of the stereotypes that he brings with him when he arrives in rural Alabama. His own mother warns him about the inadvisability of heading to the Deep South with the expectation that justice might be delivered on behalf of unjustly accused African-Americans, even in the late 1980s / early 1990s.

Even with these cautions and his own inexperience ringing in his ears, Bryan remains determined to help people. He drives into the lush, sprawling landscapes that define Alabama and meets his new associate, Eva Ansley (Brie Larson), an equally determined young person whose family understands that she must help other people, even if this particular job doesn't even pay. 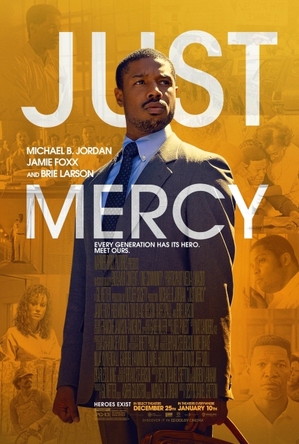 Bryan heads to a local penal institution to meet his potential new clients. Among them is Walter McMillian (Jamie Foxx), who is resistant to the younger man's appeals. Despondent, Walter has been working to make his peace with the idea that he will be executed for a crime that he could not possibly have committed.

It's an outrageous, inherently infuriating situation that has persisted for years and years and years in the State of Alabama, where the population that was recorded as 25% "Black" (in 1990) was receiving something like 2% of the real-life justice, at least from appearances in the film.

When Bryan visits Walter's extended family, he hears their first hand testimony as to his innocence, which drives Bryan even harder to fight at gaining justice for Walter. He also gains their weary insights into the discrimination they face on a daily basis, pushing and prodding and, really, shoving them toward anger, resentment, and resignation.

As he's shown in his two previous features -- Short Term 12 (2013), starring Brie Larson, and The Glass Castle (2017), also starring Larson -- Cretton is primarily concerned with the narrative and the characters, so Just Mercy is very much a meal that is made only with vegetables, and nothing but vegetables. These are tasty vegetables, however, and so nothing in the film distracts or detracts from its main purpose, which is about the search for justice.

With that in mind, Just Mercy is a splendid, well-acted film. Characters whose prejudices are out in the open are treated with restrained charity through clenched teeth; they may not know any better, but they should know better. We're all imperfect human creatures, subject to parental influences and societal prejudices that appear to be ingrained in the culture of America. What can we do?

That's not really so, of course. Everyone must decide for themselves how to think and feel and act. True justice comes eventually for Walter and his family -- which can't possibly be considered a spoiler in a motion picture based on a true story entitled Just Mercy -- but it's a long, difficult, dusty road.

Summing up: Sterling performances are the highlight of a worthy legal drama that simmers rather than explodes.

Do you feel this content is inappropriate or infringes upon your rights? Click here to report it, or see our DMCA policy.
Brie LarsonJamie Foxx. Destin Daniel CrettonMichael B. JordanWarner Bros.