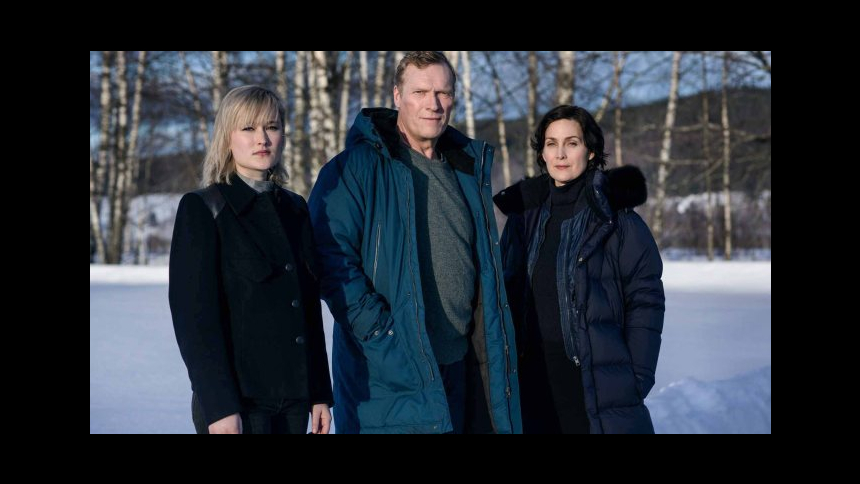 What is it about Nordic crime shows that fascinates American viewers?

Set in Norway, crime show Lilyhammer was the first series to be made available to binge on Netflix. The Killing was a hit in its original version, leading to an English-language version that made quite a splash. Of course, the original The Girl With the Dragon Tattoo was another major marker.

I think it all makes perfect sense, given the common, ignorant American thinking that all Nordic people are emotionally cold and physically perfect. (Some of my best Nordic friends are warm and friendly, though I must admit they are physically perfect. *sigh*)

Now Wisting is crossing from Norway to the U.S., via streaming service Sundance Now. Per Deadline, the detective series stars Carrie-Anne Moss (The Matrix) as an FBI agent. Based on novels by Jørn Lier Horst, the series stretches across 10 episodes and "tells the story of Norwegian homicide detective William Wisting chasing an American serial killer."

Sven Nordin and Thea Green Lundberg star as William Wisting and Line Wisting, respectively. The former has a long list of credits, including appearances in Lilyhammer and the original Swedish detective series Wallander.

Wisting will premiere on December 18. Watch a trailer below; no English subtitles, but it's all about the chilly mood and atmosphere. And there's nothing like a Nordic crime show to warm up cold December evenings where I live in Texas (?!), which I mention because Texas gets a shout-out in the trailer.

Do you feel this content is inappropriate or infringes upon your rights? Click here to report it, or see our DMCA policy.
Carrie-Anne MossNorwayNow StreamingSundance NowWisting