Oscars 2020 Review: THE PAINTED BIRD, A Child's Adventures in Abominationland 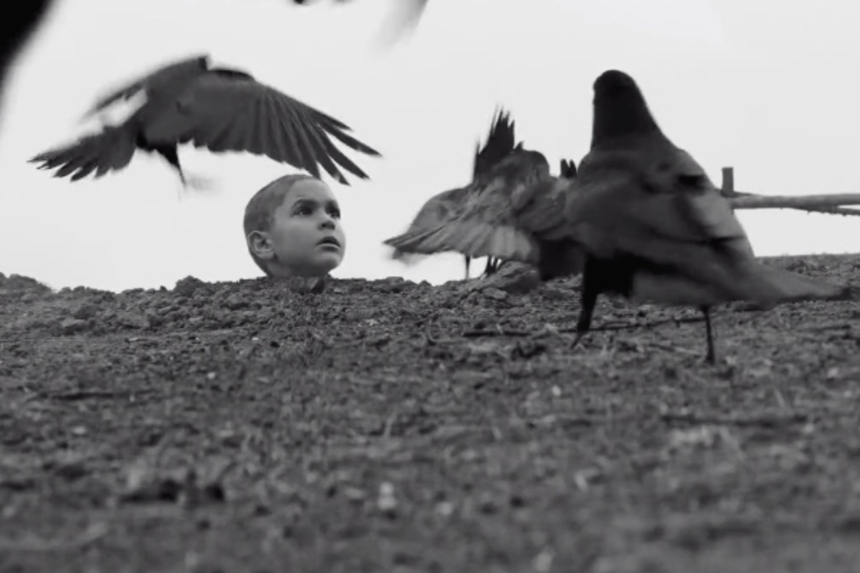 The novel The Painted Bird (1965) made Jerzy Kosiński ´s writing career and ultimately broke it. The wanderings of a 6-year old protagonist against the worst display of man-manufactured atrocities during WWII were considered authentic Kosiński ´s experiences, The Painted Bird took as an actual autobiography.

The author did not initially set the record straight, the truth eventually reached the light of the day as curious investigation on Kosiński ´s (born Józef Lewinkopf) origins emerged along his rather cozy growing out and despite the war-time circumstances. Therefore, the book received the mark of a controversial oeuvre for more than just one reason.

The Czech producer and director Václav Marhoul optioned the rights and spent 11 years and 17 version of the script translating the grim coming-of-age into a big screen spectacle of horrors. The Painted Bird became the first Czech film (the film is co-produced by two more countries - Slovakia and Ukraine) to compete in the main competition in Venice after 25 years. Furthermore. the Czech Film and Television Academy picked it as the country's bid for Best International Feature Film at the 92nd Academy Awards.

Kosiński explained in the afterword that one of the reasons for such an unnerving and drastic depiction of worst imaginable terror was the fact that some people kept downplaying the inhuman acts that actually took place during WWII. They considered the heinous deeds against human lives documented in newspapers merely a journalistic hunt for sensations and overall exaggeration to boost the sales. That would be a legitimate reason to write such a book regardless of the high degree of fabulation. 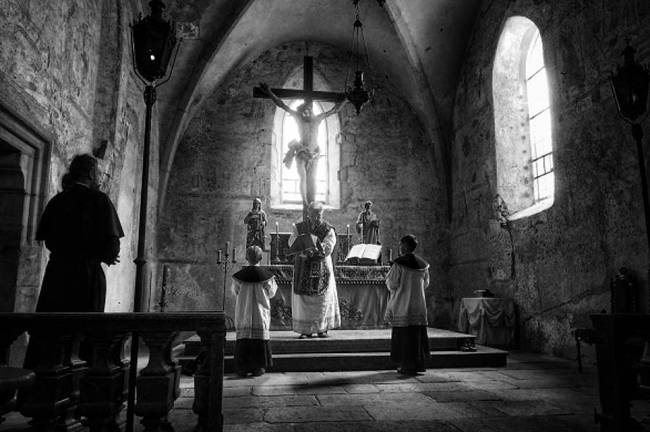 Marhoul´s adaptation emerges in rough times that mankind is facing, the film´s logline being "the light is visible only in dark", which makes the whole cinematic ordeal the more relevant and timeless. Walk-outs accompanied the Venice premiere, alleging The Painted Bird is not for the faint of heart or stomach.

The producer-writer-director himself revealed in the pre-premiere talks that to adapt such distressing material, he had only two options: to expose the horrors in all their brutality or just imply the atrocities leaving the rest to the limitless imagination of the audience. Rationally, he chose the latter one. The reports on walk-outs due to extreme imagery fanned greased the gears of the film´s PR than its actual reputation.

The Painted Bird is a massive survival and coming-of-age story against the backdrop of events of WWII in a supposedly Polish (the book was banned in the country for some time, though Marhoul had a tough luck finding Polish co-producers) or basically any other Central European country´ countryside (the director opted to use a made-up language of interslavic) clocking almost 3 hours.

The film is divided into chapters copying the book´s protagonist episodic encounters from the beginning of the war until the end. The nameless Jewish boy, played by Czech Roma boy Petr Kotlár in his first acting role, tries to make it alive from one emotionally or physically scarring experience to another in the hope to see his family once again. The Painted Bird can be regarded as a perverse Alice in Wonderland.

In the book, the little Jewish boy is taken for a gypsy child as superstition villagers fear his supernatural powers. The straightforward xenophobia certainly makes it easier to call for unabashed pedicide. Throughout the journey, his opinions on life, mankind and God crystallize and congeal. However, he is not solely the one who absorbs the pain in its wild and rich variety, the boy strikes back at least at two occasions when he feels he is being treated unfairly, to put it mildly (one crucial scene is omitted from the book when the boy causes a tragedy).

The film adaptation lacks the numerous protagonist's soliloquies depicting how his worldview is being shaped by drastic situations. Marhoul leaves the guessing on the audience to interpret the boy´s acts although the knowledge of the book makes the whole film much easier to process which means the film detached from its source material offers a fairly different experience.

The display of intense brutality creates an aura of exploitation regarding the actual narrative arc or overall dramaturgy (sights of shock, amazement or statements on the ridiculousness accompany public screenings). Trying to compress the story into a tighter plot-driven structure (ergo being faithful as much to the book's narrative arc) results into an augmented theater of cruelty and surreal atrocities painfully illustrating the lack of inhibitions of any kind. 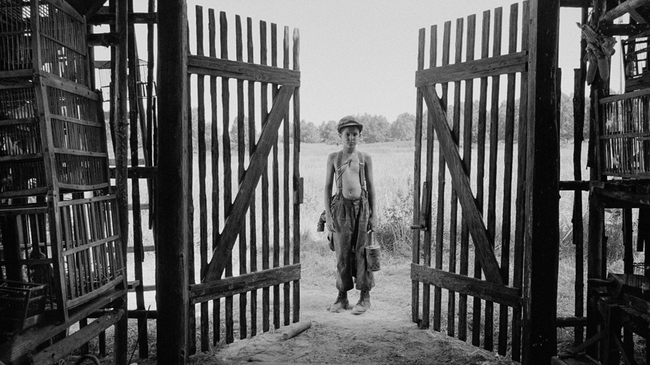 The Painted Bird in writing and subsequent audiovisual incarnation is described as a Holocaust story despite that there is no implication of the actual Holocaust in the abject behavior and the smorgasbord of deviations and taboos (one brief scene feature train deportation to a death camp).

The simple comparison to for example László Nemes´ Son of Saul exposes a wide rift between a Holocaust film and a film set loosely against the backdrop of the Holocaust. In this sense, The Painted Bird is more of a WWII drama than Holocaust film as connotations about the war top those of the Holocaust in the film. The book ponders anti-Semitism with higher frequency and explicitness.

The period setting tweaks the whole perception of the story since stripped of the historical references, the film would be classified along the lines of so-called extreme cinema. In this sense, The Painted Bird is a more of a soft-core artsploitation film however not fetishizing the rich variety of aberrations for sensational purposes but oversaturating the cinema of realism with extremes out of symbolic and mythological reasons. Although the war in progress serves basically as a license and trigger for brazen nihilism of those living on the fringes of the conflict. 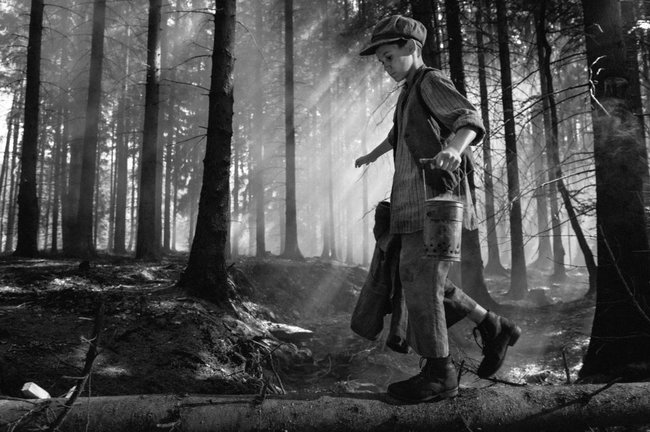 The cinematography of Vladimír Smutný evokes Fred Kelemen´s crisp lensing in Béla Tarr´s dramas and their aesthetics mostly in the beginning. A black and white shot of a shed in countryside reinvigorates the memory of The Turin´s Horse. After the initial scenes, the camera becomes livelier as shorter takes become more prominent which is also accented by the editing.

Unlikely Tarr´s melancholic ruminations, The Painted Bird is defined by the acts and thus is more action-driven regarding characters and space. The cinematographer and editor carefully conceal all the transgressions (except murder or killing) leaving viewers´ imagination to finish the scenes with very little space for fantasy.

Kosiński´s novel and its adaptation are relevant for the current tumultuous times of crisis, polarized society and raging dehumanization. The volume and intensity of abominations in the three-hour running time basically normalize terror as it remains the sole constant of the film and its basic discourse of vocal xenophobia, disorder, moral and physical decay.

IFC acquired the U.S. rights to the film for the 2020 theatrical release.