Now Streaming: CASTLE ROCK Gets Straight to the Bloody Point

Lizzy Caplan, Elsie Fisher and Tim Robbins star in Season 2 of the Hulu series, based on characters and settings by Stephen King. 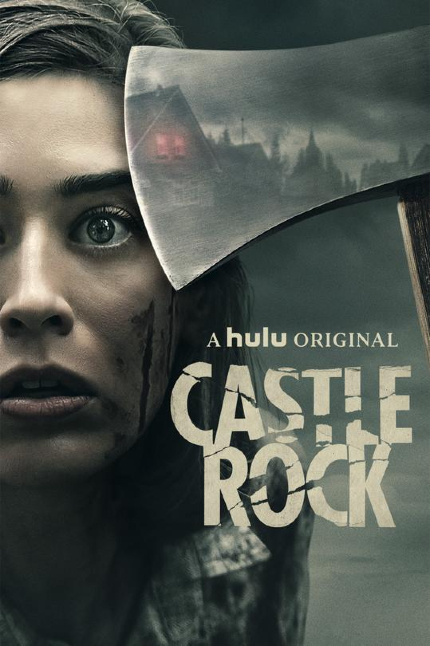 It's Stephen King's universe; we just live in it.

What a difference a year makes.

Created by Sam Shaw and Dustin Thomason, the series is based on characters and settings by Stephen King, centered on a fictional small town in Maine. Debuting last summer, the languid first two episodes of Castle Rock failed to spark my imagination, and led me to drop the show from my watchlist. Despite the presence of actors whose work I have always enjoyed, the episodes felt like they were served up for extremely-devoted fans of Stephen King's fictional works and paced as though they expected applause for the horror-fanboy references.

Even as his influence has grown over the years, I've gone hot and cold on King's fiction since his debut novel, Carrie, was first published in 1974. Some of this is a reflection of my own changing tastes, and that's carried over to the many screen adaptations of his work that have only grown in frequency, including those first two Castle Rock.

With very low expectations in mind, then, I sampled the first episode of Season 2 and quickly realized that something had changed. Directed by Greg Yaitanes, Annie Wilkes -- familiar as a chillingly-disturbed character, as portrayed by Kathy Bates in Rob Reiner's Misery (1990) -- is introduced as a young nurse who goes on the run with her infant daughter, constantly moving to different locations in the U.S., changing her name as often as she changes license plates on her vehicle.

The story proper begins when Annie, now embodied by Lizzy Caplan, and her teen daughter Joy, played by Elsie Fisher (Eighth Grade), land in Castle Rock, Maine, which they soon discover is a festering cesspool that is filled with deadly threats and haunting memories.

Trained as a nurse, Annie immediately finds a temporary position at the small town's hospital, where she meets Dr. Nadia Howlwadaag (Yusra Warsama). Refugees from Somalia as teenagers, Nadia and her brother Abdi (Barkhad Abdi, Captain Phillips) were welcomed into the home of the kind and caring Pop Merrill (Tim Robbins, The Shawshank Redemption, also set in Castle Rock). Pop's slightly older teen boys were not so kind and caring, and they have grown up to become the disagreeable and angry Ace (Paul Sparks, House of Cards) and the more agreeable, still never happy Chris (Matthew Alan).

Flashpoints arise from that quintet, as well as the surging refugee / immigration elements, creating a potentially incendiary thread to the season. As shown in the first three episodes, though, the real star of the show is Annie.

Kathy Bates won an Academy Award for her performance in the feature film version, which sets a high bar for Lizzy Caplan that she -- shocker! -- easily surpasses. Caplan captured my attention especially in a supporting role in Alan Ball's Southern Gothic vampire series True Blood back in 2008 and then peerlessly starred as a human-sexuality expert in the series Masters of Sex.

Caplan's Annie is given a much more full-bodied treatment throughout the episodes so far. We see her psychotic side perched constantly at her side, tremulously ready to emerge, yet she is not positioned entirely as a villainous monster. She more easily inspires sympathy, or empathy, at a minimum. She views her primary purpose in life to be the protection of her beloved daughter, even if it means she must suffocate her own emotional growth, and her daughter's, in the process.

Just on the basis of these first few episodes, I'm eager to see where the series goes, though I remain leary of the explicit, bloody violence that is frequently dispensed. The overall mood is quite dark and foreboding, so I suspect much more blood will be spilled.

Summing up: It's very easy to jump into Season 2 without having seen Season 1, or even having read any of Stephen King's books or stores, or not having seen any of the many screen adaptations of his work. Definitely added to my watchlist.

Do you feel this content is inappropriate or infringes upon your rights? Click here to report it, or see our DMCA policy.
Dustin ThomasonElsie FisherHuluLizzy CaplanSam ShawStephen KingTim Robbins