Review: IT CHAPTER TWO, The Losers Go To Town On The Clown One Last Time 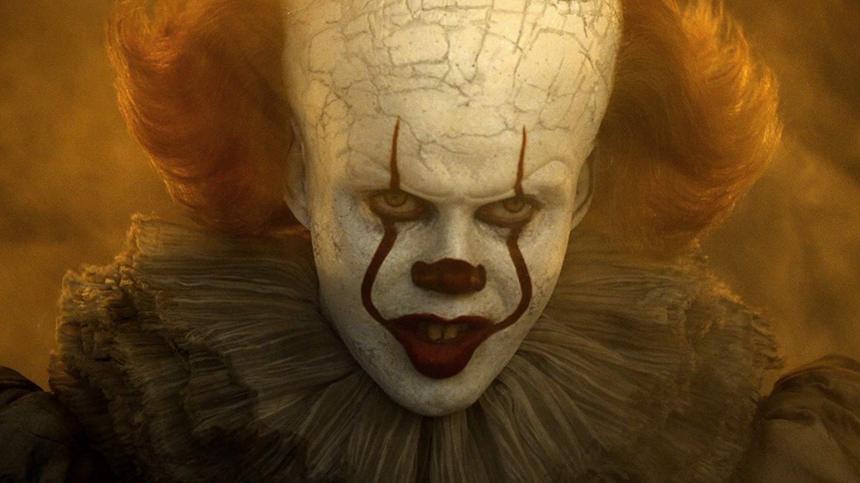 The biggest event horror film in a while, Andy Muschietti's It Chapter Two relies on scale and shock to keep its audience in their seats for its indulgent nearly three hour runtime, and for the most part it works.

While its success wasn't exactly a huge surprise, I think it's safe to say that the first installment of this reinterpretation of Stephen King's tale of grease painted terror performed beyond anyone's predictions, both critically and commercially. So, when the time came to complete the story, expectations were high, and Warner Brothers and Muschietti seem determined to give the audience their money's worth with a film experience that leans into the "bigger is better" Hollywood ethos with mixed results.

It Chapter Two picks up twenty-seven years after the first film's conclusion. The Losers Club, a group of young teens on summer vacation who had seemingly defeated the malevolent clown demon, Pennywise, in 1989, are called back to their hometown of Derry, Maine when the disappearances start up again. Recalled to finish the job by the only one who'd stayed behind, Mike (Isaiah Mustafa), the rest of the Losers must band together after going their very separate ways to keep Pennywise from cutting another bloody swath across their idyllic hometown.

Of course it won't be easy, a lot has changed in twenty-seven years, and everyone brings their own baggage to the party, leading to plenty of interpersonal friction and hemming and hawing about the desire to step back into a fight that nearly killed them all those years ago. They have to dig into their own forgotten pasts to find the tools needed to put down Pennywise for good, and if they are going to kill this monster, they'll have to find ways to work together because he's even bigger and badder this time.

Muschietti and his scenarist Gary Daubman go hard in an effort to make It Chapter Two live up to the well-earned hype created and enjoyed by the story's first half. Stephen King's original novel is one of his most notoriously frightening efforts, helping to turn an entire generation of readers into instant coulrophobes. Also worth noting is that the book is one of his longest, clocking in somewhere north of a thousand pages, just a few hundred short of The Stand. Which means that any adaptation to the big screen was always going to be pretty long, but Muschietti tests the audience's patience with a two hour forty-nine minute runtime that feels exactly that long in some spots.

With this second half of the story running only about fifteen minutes short of the late '80s complete TV miniseries, it feels as though some sacrifices could've been made for the sake of pacing. We spend a lot of time with the Losers Club in flashbacks that, while fundamentally narratively necessary, to tend to meander in ways that lead me to believe they could've been shortened. I'm not often a clock-watcher, but somewhere around the two hour mark I began to wonder when they were going to start wrapping things up. Not a good sign.

The new star-studded cast does a fine job with their material, however, in most cases there isn’t much new to work with, instead a lot of the characters end up spending the entire movies doing impressions of the great performances given by their childhood counterparts throughout the film. With all the time we spend in their company, the only character who really shows any growth throughout the film is Bill Hader's Richie Tozier, who runs away with the film and delivers some truly solid pathos alongside the expected laughs. The rest of the cast does a decent job of mimicry, but no one really stands out, leaving us to spend most of the picture imagining their more empathetic childhood selves in their places.

One thing this conclusion does extremely well is to crank up the action and increase the stakes in a way that provides numerous thrilling scares over the course of the film. Whereas in chapter one the audience spent most of the film wondering who and what Pennywise was, Chapter Two takes the ball and runs with it, delivering a ton of well-executed scares with obvious influences drawn from modern horrors by filmmakers like John Carpenter and Sam Raimi that will have you jumping out of your seat several times throughout the film. The tradeoff is a lack of building dread that came with the uncertainty faced by the kids in the first film.

Then, there's the climax.

The only possible way to end a story like this is with a bang, and Muschietti and his team go huge for It Chapter Two. Structured more like an action blockbuster's climax than a horror one, the cave-bound conclusion and final battle with Pennywise is on a scale very rarely attempted in horror, and it really works. The beast is massive, violent, and diabolically evil and it takes the best of everyone to conquer him. There are moments of hokey sentimentalism in these final moments that really rely on the goodwill built over the course of the two films, but for those of us who are invested, it's easy to buy into the melodrama and go with the flow. The result is one hell of a big swing from the filmmakers that delivers on the promise of a conflict with an intergalactic evil force in ways that I did not expect.

There's no doubt that It Chapter Two will split audiences. Between its extremely indulgent runtime and the lack of fresh character building in the film, it certainly isn't the slam dunk its predecessor was. However, for those committed to the story and the characters, it does deliver one hell of a massive climax, I just wish it didn't take so long to get there.