Film at Lincoln Center and Istituto Luce Cinecittà present the 19th edition of Open Roads: New Italian Cinema, which will unfold from June 6-12.

These new crop of films reflects diverse issues facing the country, embroiled in social and political upheaval (like in many other European countries are facing, but very Italian) - prevalence of the comorra (modern mafia), African immigration, satirical look at Bellusconi years and others.

Some of more notable film titles presenting this year are Loro starring Toni Servillo by Paolo Sorrentino (The Great Beauty), Piranhas, the opening night selection, about the rise and fall of Naples' youth gangs, actress Valeria Gollino takes another great directing effort with Euforia and the great Alba Rohrwacher stars in a religious dramedy, Lucia's Grace.

The series also pays tribute to the late Bernardo Bertolucci (passed away last November) by screening his debut film La Commare Secca which he made when he was 21.

So without further a do, here are my 4 films preview of this year's Open Roads:

The camorra/gangs of Naples are the subject of Claudio Giovannesi's sprawling coming of age story, Piranhas. It tells the story of Nicola (Francesco di Napoli), a fresh faced 15-year old and his scooter riding friends' ascent in the local gangland. Seduced by the glamorous bling life of the legendary local gangs, Nicola slowly climbs up the ranks by smartly navigating through the sinuous web of different underworld factions. But he and his friends are still kids, even though they can afford chandeliers and the best seat in nightclubs, they still complain about running out of pop tarts to eat in the morning.

Lucia (Alba Rohrwacher) is a young single mom struggling with life - her relationship with unfaithful Arturo is on the rocks, her fencing teenage daughter is growing up too fast, and her meticulousness is getting in the way as a land surveyor for Paolo, a local developer who wants her to rubber-stamp a big, opulent project on the hill.

To make matters worse, Lucia starts to seeing the vision of Virgin Mary telling her to stop the project and instead build the church on the same spot. Freaked out and fearful, she relocates to a friend's house and seeks out the help of a psychiatrist. People around her start noticing her erratic behavior- talking and fighting with herself (Holy Mother is invisible to others). And with the help of social media, she starts having worshipers following her around. But this mother of god not only insistent, but is downright physical, pulling and knocking Lucia around into submission.

Lucia's Grace touches upon environmental issues and the nation's anxiety of influx of refugees, but it doesn't quite go deeper in either directions. Script could have been tighter. But Alba Rohrwacher continues to impress here with her physical comedic turn, compensating for the film's weaker points. 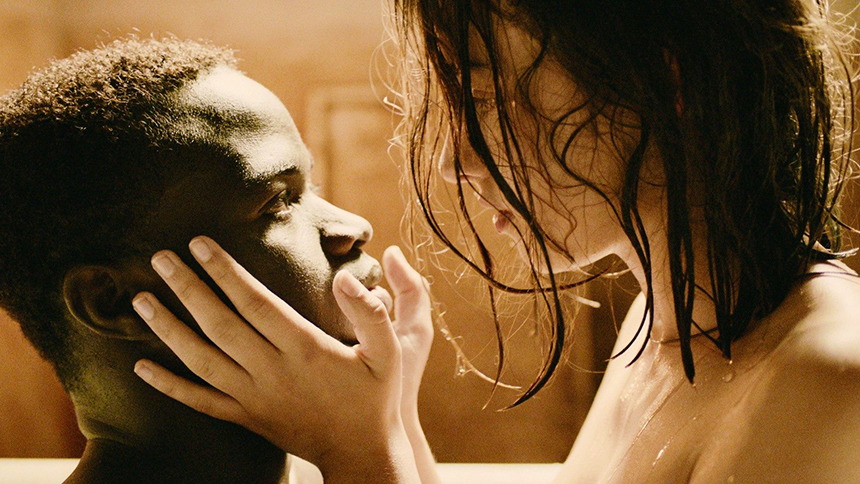 Laura Luchetti's lyrically lensed Twin Flower concerns a budding friendship between Basim (Kallil Kone), a teenage boy from Ivory Coast traveling by foot through Italy to find a better life in Nothern Europe and Anna (Anastasiya Bogach), a teen girl fleeing from Manfredi, a predatory man involved in human trafficking whom her father worked for.

After a harrowing experience, Anna loses her voice and becomes deeply mistrustful of any men. It takes some time for Anna to open up to good natured Basim who always seem to have positive spin on any situation even though things are dire and people can be unfriendly. With Manfredi still looking for Anna, the two young people find their shelter in the streets, fields and abandoned houses.

Anna gets a job working for an kind old florist in town who seem to understand her situation in silence while Basim sells his body to strangers to put the food on the table in their santuary - an abandoned house near the salt flats. But things are not going to stay as they are for long.

Luchetti's delicate direction with two young first time actors is the marvel of Twin Flower. She touches upon post-me too generation concerns and also immigration issues the country is facing. Kone and Bogach both give soulful and touching performances. But fragile as young people generally are regarded, I wished that Anna and Basim were not as helpless as they were portrayed here. 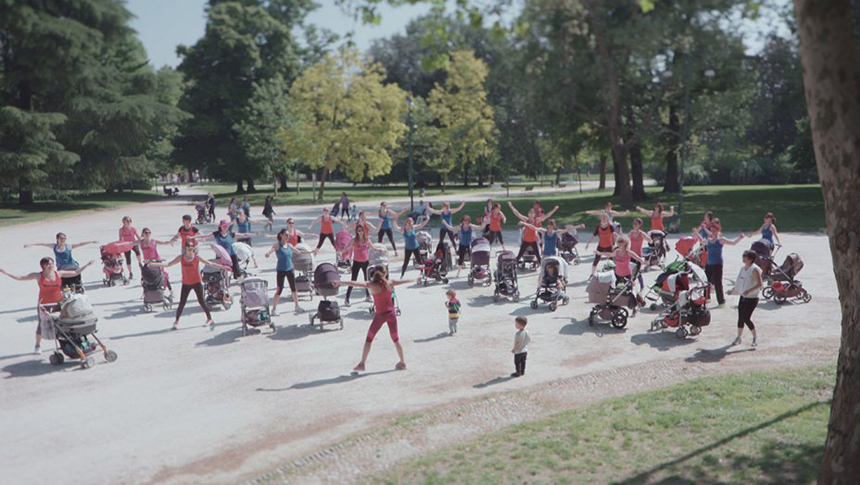 Gender roles are social construct from early age, filmmaker Adele Tulli seems to say with her ironically titled documentary, Normal. In the beginning few shots, Tulli establishes the gender norms - a little girl getting her ears pierced. It's an old man who is doing the piercing. He says to her that now she is just like her mother. Then there are screaming dads at the tiny motor bike race for boys decked out on race gears from head to toe.

From the toy industry to wedding industry, from violent video games to faux combats in the woods, from baby carriage aerobics to the pole dancing on a beach stage, from a 'husband cheating is a fault of both him and wife' church sermon to a conventional gay wedding, Tulli paints a disturbing 'normal' snapshots around Italy that is all too familiar and universal. Normal shows us that there's still a long long way to go.