The Melbourne International Film Festival (MIFF) is changing hands this year. No longer will long-standing Artistic Director Michelle Carey be steering the ship (into Francophile waters), instead Al Cossar (former festival programmer) presents a no-doubt well curated program with, as usual, something to enjoy for literally every cinema-goer.

As tradition dictates, I will be attending my eleventh year of the festival, and look forward to bringing fellow Anarchists hot-takes.

Before all that though, an announcement, and sigh of relief that our Government still gives a damn with news that the Victorian Government-backed Premiere Fund is more successful than ever.

The fund has always been a vital part of the Festival's film economy, and in 2019 is stronger than ever, with seven world premieres of co-financed theatrical and documentary features that range from Kung-fu documentary, to Ukrainian black comedy; more on these below!

Measure for Measure reimagines the Bard’s play about morality, mercy and justice into a topical tale of love and loyalty. Ireland and his co-writer, the late Damian Hill (West of Sunshine), have crafted a touching story about a young Muslim woman, Jaiwara, who falls for a non-Muslim musician Claudio, and is described as an emotional, action-packed ride, with a beautifully-shot Melbourne as the backdrop.

In Below, Ryan Corr (Holding the Man) and Anthony LaPaglia (Balibo) star in Maziar Lahooti’s pitch-black comedy; a unique, and uniquely provocative take on Australia’s controversial asylum-seeker detention system that the guards turn into an internet streamed Fight Club, Below is a film that’s bound to get audiences talking.

Accelerator Lab alumnus director Rodd Rathjen’s Buoyancy has its international premiere at MIFF following its world premiere at the Berlin International Film Festival where it was hailed for its portrayal of a Cambodian boy’s enslavement on a Thai fishing trawler. Stunningly shot by cinematographer Michael Latham (Island of the Hungry Ghosts), Buoyancy was filmed on location in Cambodia with a cast of non-actors who lend the work a vérité feel.

From Hong Kong to Hollywood, the Shaw Brothers to The Matrix, Kung Fu films have been busting box offices and breaking barriers since the 1960s. Iron Fists & Kung Fu Kicks is the wild story of how 'the way of the dragon' came to be known. Produced by Veronica Fury (Electric Boogaloo: The Wild, Untold Story of Cannon Films), the film features Bruce Lee, Jackie Chan, Cheng Pei-pei, and Australian stuntman Richard Norton (Mad Max: Fury Road), and seeks to uncovers just how Kung Fu movies spread from Hong Kong to Hollywood.

Deadpan to its core, A Family is an offbeat comedy that ventures into the home of a lonely man who hires actors to play his parents, brother and sister. Set and shot in Ukraine with a Ukrainian cast, producing an Australian film with a decidedly East European bent to its humour, a kind of low-key derangement that grows funnier as it gets weirder.

John Sheedy’s H is for Happiness tells the story of a relentlessly optimistic and hilariously forthright girl who hatches a variety of outlandish schemes to make her fractured family happy again. This charming adaptation of award-winning novel My Life as an Alphabet stars Miriam Margolyes (Harry Potter), Emma Booth (Hounds of Love) and Richard Roxburgh (Rake), alongside scene-stealing performances by newcomers Daisy Axon and Wesley Patten.

“The Premiere Fund champions stories that need telling and we are so proud of this year’s slate of wonderfully diverse and inclusive premieres,” said MIFF Premiere Fund Executive Producer Mark Woods. “With a record number of films on the slate this year, we take our hats off to the talented filmmakers that we have the privilege of working with and we look forward to the Fund continuing to play its part in supporting quality new Australian cinema.” 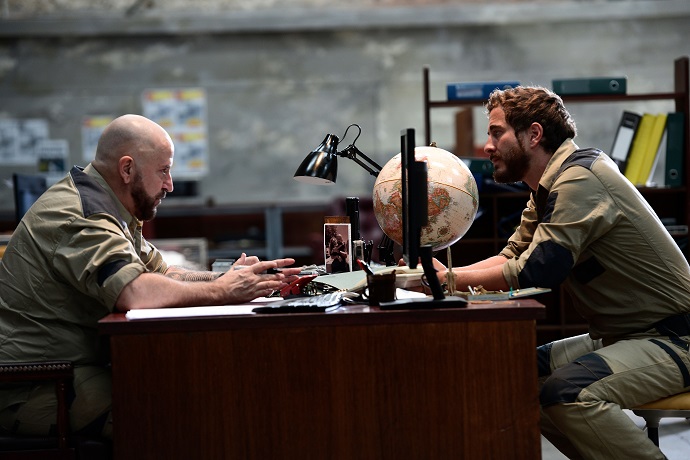 Do you feel this content is inappropriate or infringes upon your rights? Click here to report it, or see our DMCA policy.
A FamilybelowBuoyancyfilm festivalh is for happinessIron Fists & Kung Fu Kicksmeasure for measuremelbournemelbourne international film festivalmiffmiff2019no time for quietpremiere fund