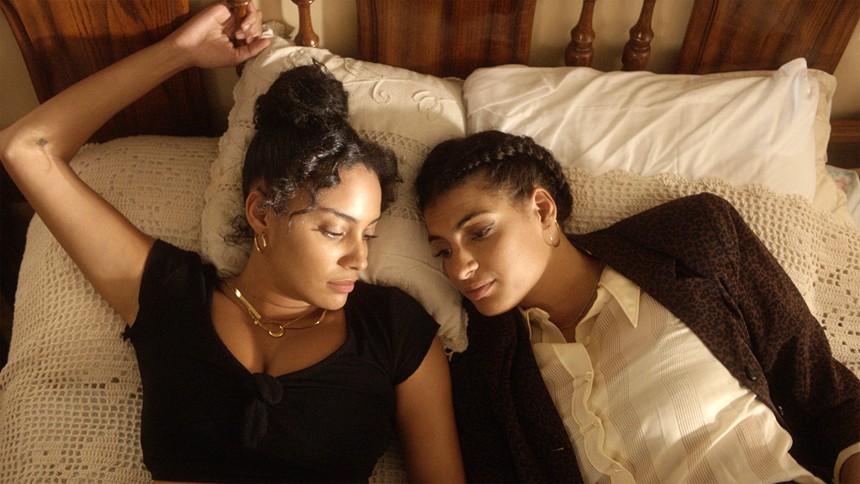 The 11th edition of BAMcinemaFest, which conluded over the weekend, showcased as always some of the most innovative and provocative work being done in current American independent cinema.

This year's festival put a particular emphasis on highlighting communities and experiences - especially those of people of color - who continue to be inadequately represented on screen. This fits in well with the year-round mission of BAM's film programmers to highlight films and artistic voices too often excuded from screens, challenging and recontextualizing traditional film canons.

The three films I discuss below, culled from this year's impressive slate, are fine examples of these kinds of artistic voices, all enriching our film culture with intimately personal and finely crafted work.

Diana Peralta’s intimate and sensitively observed family drama De Lo Mio (pictured above), which had its world premiere as the closing night film, has an import and effect that is far less dependent on narrative than in the accumulation of fleeting moments and interactions between characters that convey the weight of family history, and all the little joys and conflicts contained within.

The story concerns Carolina (Darlene Demorizi) and Rita (Sasha Merci), two spirited and very close Dominican sisters raised in New York City who travel to their family home in Santiago, Dominican Republic. There they meet with their half-brother Dante (Hector Anibal) to settle the final details of their recently deceased father’s childhood home in Santiago, which is about to be torn down so the land beneath it can be sold.

Although there is initial fun and camaraderie, the tensions between the sisters and their brother eventually erupts into arguments and recriminations, mostly revolving around the fact that Dante was left behind and estranged from his father, who left for the US and never returned; Carolina and Rita are products of the father’s second family in the US.

Peralta brings a delicate, unforced lyricism to her clearly deeply personal material, as acutely attuned to its human drama as it is to the beauty of the natural landscape surrounding the characters. 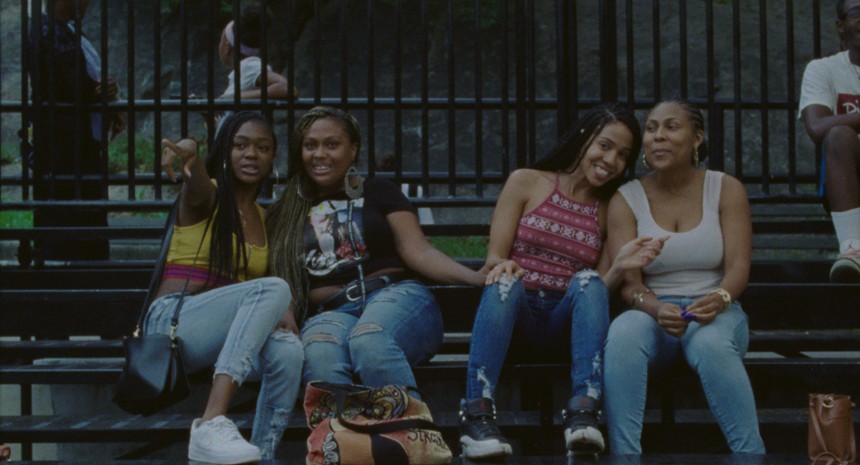 Rashaad Ernesto Green’s second feature Premature, an expansion of an earlier short film of the same name, is more extensively plotted than De Lo Mio, but like that film, finds its strengths in places beyond narrative, in this case in tracking the contours of a romance set against the backdrop of contemporary Harlem.

Created as a conscious response to the trauma and tragedy that typically mark depictions of black life on screen, Premature bristles with a visual and verbal poetry that elevates the familiar coming-of-age tropes that mark the narrative, only stumbling when it veers from naturalistic observation into more conventional plotting. Still, it’s an impressive work, graced with a riveting central performance from Howard, who ably carries this film largely on her shoulders. 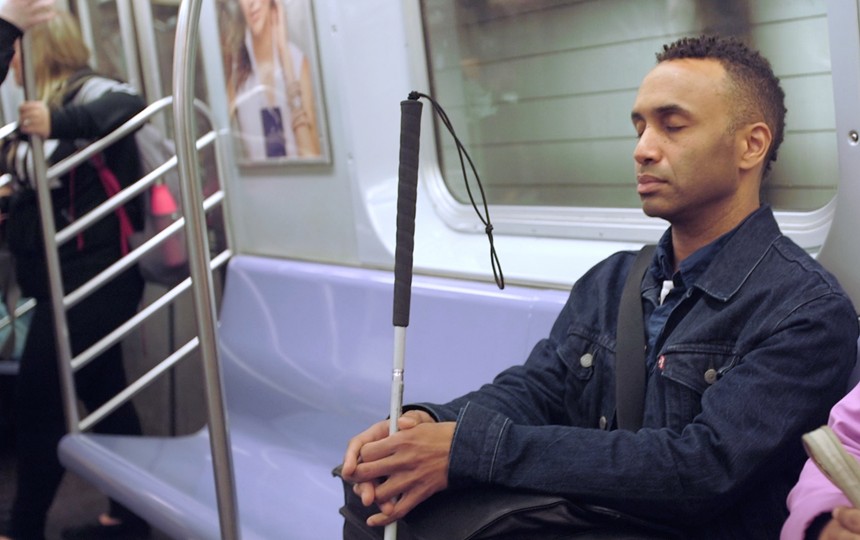 In Vision Portraits, Rodney Evans’ documentary observing artists at work (including himself), Evans includes the emotional and physical journey he makes as he confronts a film director’s ultimate nightmare: the gradual and probably inevitable loss of his vision.

For much of his life, Evans has suffered from a rare genetic disorder causing the deterioration of his retina, leaving him with no peripheral vision, very little night vision, and only about 20 percent of his vocal vision remaining. As a way to cope with the ramifications of his disability, he embarked on this project, in which he interviews and observes at work three other artists from different fields who live with similar visual impairments: Manhattan photographer John Dugdale, Bronx-based dancer Kayla Hamilton, and Canadian writer and teacher Ryan Knighton.

Through these interviews, as well as abstract, multicolored visuals that seek to evoke the experience of the visual impairments described by the artists – counteracting the notion of blindness being simply total black darkness – Evans explores the idea that vision consists of more than just physical sight. “Vision” can also encompass imagination and breaking creative boundaries. Evans’ own experiences, conveyed through self-observation and lines of his own poetry describing his loss of vision, vividly portray his feelings of marginalization as a black, gay, and disabled artist.

This evocative, richly textured, and deeply personal film inspires with its collective portrait of artists who refuse to allow visual impairment to be an impediment to fully realizing their creative goals.

Do you feel this content is inappropriate or infringes upon your rights? Click here to report it, or see our DMCA policy.
BAMcinemaFestBAMcinemaFest 2019De Lo MioDiana PeraltaPrematureRashaad Ernesto GreenRodney EvansVision Portraits