REVIEW: Rainy in Glenageary is an Irish true crime drama that is hauntingly curious 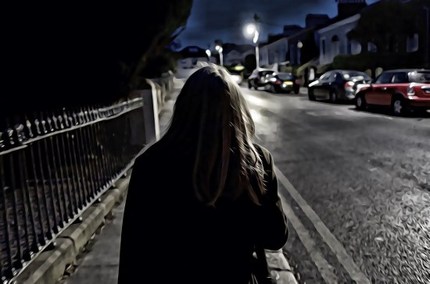 Renowned Irish filmmaker Graham Jones has never been an artist to play it safe when tackling challenging material that seems to creatively differentiate from the previous compelling offering. Jones's past intriguing narratives such as Nola and the Clones, The History Student, and How To Cheat In The Leaving Certifucate aptly demonstrate the strategic approaches to examining the observational societal behaviors, transgressions, and motivations of individuals in quiet turmoil and curiosity. In Rainy in Glenageary, Jones sets his investigative sights on a different kind of tense curiosity in an introspective doomsday-driven documentary detailing the sordid account of a pre-millennium unsolved murder case involving a 17-year old Irish schoolgirl named Raonaid "Rainy" Murray. Thankfully, the penetrating platform that Jones provides in the absorbing documentary Rainy in Glenageary vibrantly stimulates the true crime drama genre beyond its matter-of-factly, follow-the-dots formalities.

Profoundly tragic yet liberating in its storytelling mechanics, Jones marvelously presents Rainy in Glenageary as a haunting and corrosive puzzle piece draped in both poignancy and poisonous outrage. As indignate and insidious that young Rainy's demise was in 1999, Jones skillfully dissects this crime story with an impeccable sense of artistry that suggests a poetic unmasking of sorts. Indeed, Jones is a moviemaker not willing to shy away from an untouched vision he feels needs a resonating voice to support the cause. Unflinching in its stark truth and search for some solid sensibilities, Rainy in Glenageary will ultimately frustrate and force some dense dialogue as the true marking of an effective and demanding documentary inviting some concrete speculation to the proverbial table.

In a nutshell, Rainy in Glenageary marches to the prominent beat of its dramatic drum in true crime fashion as it examines both the original evidence of Rainy's 1999 murder and the evidence that has been uncovered since then. The soothing narration by Ali Coffey lures the audience into an unassuming lull as the penetrating camerawork scopes out the sinister path representing the last steps of Rainy Murray's shortened life. The tainted murkiness of the concrete area (known as "The Cut") leading up to young Rainy's home is indeed a deadly walk that harshly defined how the accosted lass perished so violently when struggling to savor her last breath.

Naturally, Coffey informs the audience on how horrific the local authorities would consider Rainy's demonic demise. Automatically, the viewers are hooked and disheartened by the whole ugly ordeal that overtook this targeted girl's existence that merely started out as an innocent departure from the local pub. Poor Raonaid Murray never had a chance over the evil deed that awaited her en route to reuniting with her loved ones. Sadly, inconsistencies and contradictions would cloud the murder inquiry until this very day.

Interestingly, Jones chooses to format his documentary style in a unique set-up that does not include the typical talking heads procedural. Instead, Coffey's comfortable voiceover is highlighted by visually arresting storyboards that accompany the mentioned aspects of Rainy's journey. For instance, citing Rainy's schooling endeavors would capture the well-designed illustrations of the school's exquisite exterior or the fellow uniformed Catholic girl depictions.

The documentary takes its methodical time piecing together the treasured profile of Rainy Murray before her victimization status as a violated corpse. We are told about Rainy's bubbly personality, acquired tastes and interests as well as the off-kilter quirks that made her endearing and intriguing. She was the ultimate people person as she collected friends in and out of school in Dublin. Rainy, as with teen girls her age, fancied her rebellion and curiosity in boys and embraced the defiant music that would be the viable soundtrack to her and her peers' livelihood. Becoming a part of the various cliques and engaging in some naughty fun and frolic (drinking, smoking, making out, etc.) certainly would not put Rainy Murray in sainthood circles. Nevertheless, she was ambitious and intelligent while being a dreamer about her immediate future.

After the conversational examination into Rainy Murray's backstory highlighted by school studies, steady employment and social bondings, the real theatrics of the doomed circumstances start to unfold as the young woman's questionable travels home after her pub visitation begin to place us in nagging contemplation. Soon, hints about a certain unruly young girl with an unhinged attitude seem to up the ante in the Rainy Murray murder sweepstakes among other factors. Also, suggestions about how Rainy's death could have resulted from someone she knew within her inner circle is something worth consideration particularly from her grieving parents. The treacherous walk along The Cut is dissected and retraced as assumptions are made about Rainy's movements and more important...the opportunistic strike of her depraved assailant that would ultimately claim her endangered life.

Stimulating and eerily atmospheric, Rainy in Glenageary pins a shocking relevance on the notable date of September 4, 1999 in South Dublin, Ireland when the brutality of Rainy Murray's lifeless body caused a cynical sensation nationwide. Remarkably, this murder mystery is still a head-scratching monstrosity that failed to ease the psychological pain or bring a sense of justice and closure to those afflicted by the perverse passing of an energetic young girl that meant so much to them in life and now even more in the eternity of death.

Again, Jones's emotional investment as a committed filmmaker married to his cinematic creation is quite transparent and authentic. Essentially, the award-winning auteur says a meaningful mouthful about his prized pet project that echoes the complexity of his creative convictions:

“I count three valid reasons to release this film, ” says Jones. “The first is that it reports a credible allegation Dun Laoghaire Gardaí physically assaulted at least one of Raonaid’s close friends during a regular police interview in 1999, without the slightest provocation and indeed their attitude toward her ‘crew’ in general was so accusatory that several teens just completely clammed up.”

“The second reason is that some of this crew have recently begun re-thinking the events of late 1999 and it seems they do have further information, but after their previous alleged treatment by Gardaí in relation to such a traumatic event were naturally uncertain how to proceed and consented instead to internal audio recordings of their claims for our film’s research.”

“Yet the third and perhaps most compelling reason of all is that, following a number of Raonaid’s crew bravely opening up about such issues, we have evidence strongly suggesting that others vilified them for speaking out – a large red flag to our filmmaking team.”

Do you feel this content is inappropriate or infringes upon your rights? Click here to report it, or see our DMCA policy.
Graham JonesIrelandRainy in Glenagearytrue crime drama