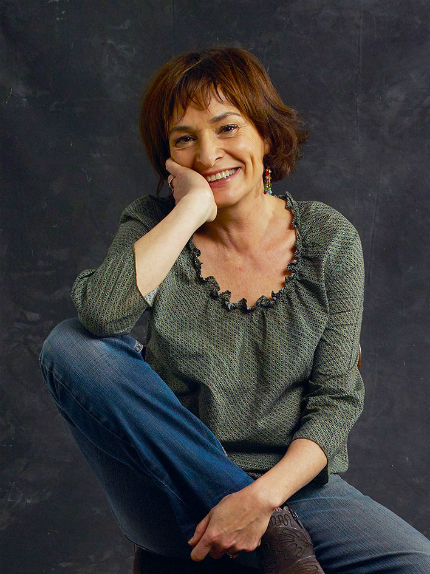 Now playing in New York City at the IFC Center, Marlene Meyerson JCC of Manhattan, Working Woman is a timely and powerful "fictional account [that] left me shaken and disturbed," as I wrote in my review.

It revolves around Orna (Liron Ben-Shlush), a strong woman who has been supporting her husband Ofer (Oshri Cohen) and their three children. She returns to the workforce and quickly becomes a valuable asset to real estate developer Benny (Menashe Noy), but almost as quickly finds herself dealing with sexual harassment by her powerful boss.

This is a completely absorbing film that feels like it was ripped out of someone's soul. How did you balance the dramatic needs of a feature film (believable characters and a compelling story) with the demands of highlighting the important issues of sexism and harassment that are weaved skillfully into the narrative? In other words, how did you keep the weight of the issues from overwhelming everything else?

Michal Aviad: We tried as much as possible to veer away from hitting the viewers over their heads by focusing on the nuances of day-to-day life of a working woman who is a mother and wife, but is also ambitious and talented. That in itself is a conflict we "regular" women live in.

We tried to make the characters as three dimensional as possible: the boss Benny is generous and appreciative of Orna's work; Ofer, the husband is a good father who shares, or at least helps out, in raising the children; and Orna, who is struggling with the demands of daily life. The story of sexual harassment is psychological as much as it is physical, and it creeps into the story in between other concerns.

As an experienced documentary filmmaker, were there specific cinematic techniques that you found useful in telling a fictional narrative? Or do you try and accomplish something different with each film, approaching each one differently? Are there filmmakers who have inspired you in the past?

I do try new forms and challenges with each film, but similar to my documentaries, in this film I worked with the actors collaboratively in the way I always work. I develop great intimacy with the actors, we open up to each other, discuss each step at length, and create the characters together.

By the time of shooting, the actors have become the characters and often they know them better than me. I love long takes, which are common in documentaries, and in Working Woman I used them a lot.

Daniel Miller, the cinematographer and myself choreographed each shot to emphasize the proximity of the bodies on the screen, the silences in between words, and the tensions in their bodies as much as their words. 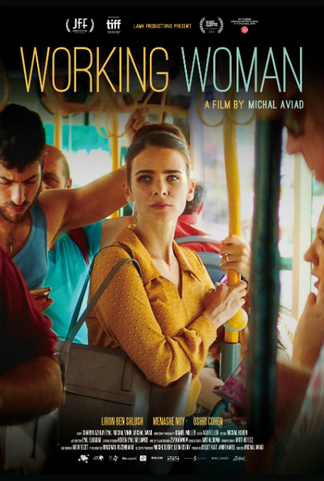 Both Liron Ben Shlush, especially, and Menashe Noy give strong performances that are nuanced and deeply affecting, both for good and for bad. By what they brought to the film, did they change your perception of the characters that they played? Or did they contribute greater authenticity to their characters? If so, how?

As I mentioned, we worked together for months before shooting. We did research together. Menashe and I met with real estate agents, Liron and I learned to sell apartments.

For me a script is just a plan - with each of them we refined the characters together: the movement, the emotions, the tones, the choreography of their movements. I believe that a film is truly a work of a group of people and I made sure to learn from the actors about their characters and not only instruct them.

Over the last couple of years, especially, the disturbing issues of sexism and harassment in the workplace have received intense scrutiny amid increasing awareness. Your film is part of a vital wave, created by women, that is bringing these issues further into the light. What more can be done to fight such harassment and discrimination against women, especially having in mind those who are not in the creative arts?

I believe that the #metoo era is a new stage in the last 200 years or so of feminist revolution. I do hope that we are at the beginning of a time in which we can truly dialogue with each other. If the men we women bring into this world do not change with us, we won't see change.

It is tough, but cultural change, including cinema, is crucial for this to happen.

The film will open in Los Angeles on Friday, April 12 at Laemmle's Royal, Town Center, and Playhouse. For additional cities and information, please visit the official site.

Do you feel this content is inappropriate or infringes upon your rights? Click here to report it, or see our DMCA policy.
IsraelLiron Ben ShlushMenashe NoyMichal Aviad