This year's edition of New Directors/New Films, boasting one of its strongest slates in recent memory, runs through April 7 at The Film Society of Lincoln Center and the Museum of Modern Art. Below are five notable selections. For more information and to purchase tickets, visit the festival's website.

Somber, silent long takes are the main stylistic hallmarks of Chukwu's Sundance Grand Jury Prize-winning second feature, which joins such recent films as Barry Jenkins' If Beale Street Could Talk and Carlos Lopez Estrada's Blindspotting, as well as earlier works as Ava Duvernay's Middle of Nowhere, in exploring the devastating impact mass incarceration visits on black and Latino people, both as individuals and larger communities.

In contrast to the films I've cited above, Clemency examines this subject not from the main perspective of the incarcerated and their loved ones, but from those on the other side of the criminal justice divide, those tasked with enforcing the state's punishments enacted upon its citizens. The central character is Bernadine Williams (Alfre Woodard, in a powerful yet remarkably subtle and nuanced performance), a warden at a maximum security prison, part of whose job entails overseeing the executions of death row inmates.

The harrowing opening scene, in which a lethal injection procedure goes horribly wrong, delves the audience immediately in the gruesome nuts and bolts of state-sanctioned killing. Bernadine's job has taken a mighty toll on her personal life, to the point where her relationship with her husband (Wendell Pierce) barely has a pulse, much like death row inmates right before they pass away. When she comes across Anthony Woods (Aldis Hodge), the latest inmate about to be executed, who may very well be innocent of the crime he's accused of, Bernadine's facade of dispassionate professionalism begins to crack.

Full of wonderful, compelling performances by Woodard, Pierce, Hodge, and Danielle Brooks (in a powerful scene as a woman from Anthony's past), Clemency impresses with its artful examination of a very racially, socially, and politically fraught issue. And in a late scene that focuses for a very long time on Bernadine's tear-stained face, like a contemporary version of Dreyer's Joan of Arc, it's clear that the film's title refers to something sought not only by the death row inmates, but by Bernadine as well. 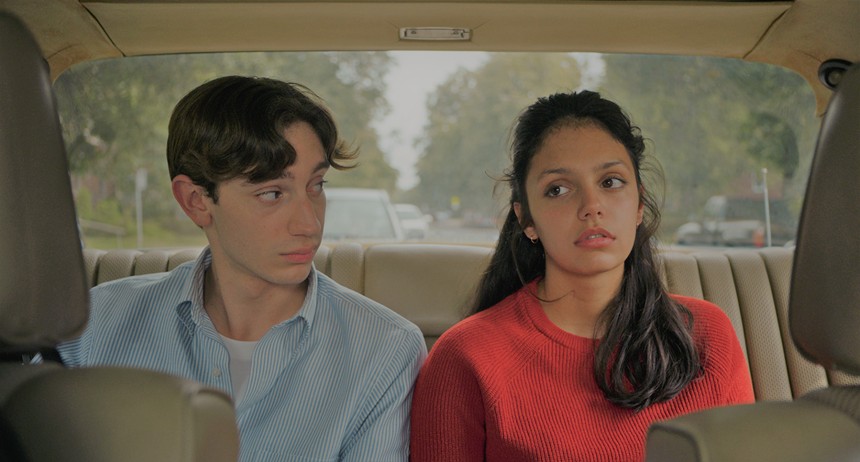 Lesage's beautifully filmed and acted second feature can be categorized as a coming-of-age story, but Genesis fully transcends the inherent cliches of such a narrative by its intensely felt focus on its two central characters' introduction to the world's cruelties as they navigate life and love. Most of the film tracks the parallel experiences of siblings Guillaume (Théodore Pellerin) and Charlotte (Noée Abita), Guillaume as a student at an all-boys boarding school, and the older Charlotte living as a young adult on her own.

Guillaume outwardly is a snarky, J.D. Salinger-reading prankster, but beneath the surface, he is suffering from his unrequited same-sex love for his best friend Nicolas (Jules Roy Sicotte). Meanwhile, Charlotte continually has her heart broken by a succession of casually and thoughtlessly cruel male love interests.

A sort-of sequel to Lesage's 2015 debut feature The Demons (that film's main character is re-introduced in an extended coda to the main narrative), Genesis immerses us in the complex emotional textures of adolescence and young adulthood with uncommon delicacy and visual beauty.

Aviles' first feature centers on Eve (Gabriela Cartol), who works as a housekeeper at a luxury hotel in Mexico City. That description may sound familiar, since there are some surface-level similarities to Alfonso Cuaron's celebrated Roma, another film about a female domestic worker in Mexico City. But while Roma tells its story through monochrome nostalgia, The Chambermaid is a contemporary story which views its protagonist in a much earthier way than the saintly, idealized figure of Roma, and the film itself is much more politically charged.

Mundane details of work - scrubbing toilets and tubs, vacuuming floors, changing sheets - are emphasized, the result of Aviles' extensive research, which entailed following actual hotel housekeepers on the job. The film takes place almost entirely in the confines of the hotel, with only glimpses of the outside world seen through the hotel room windows. Time seems to matter little in this scenario, as days and weeks pass between scenes with few discernible changes in scenery.

Eve's attempts to better herself are continually thwarted by higher, outside forces, and the sacrifices she makes (including spending long working hours away from her young son) are insufficiently rewarded if at all. This occasions the one expression of rage she allows herself, but this anger proves ineffective in changing her circumstances or derailing the cruel exploitation Eve and others like her must suffer. 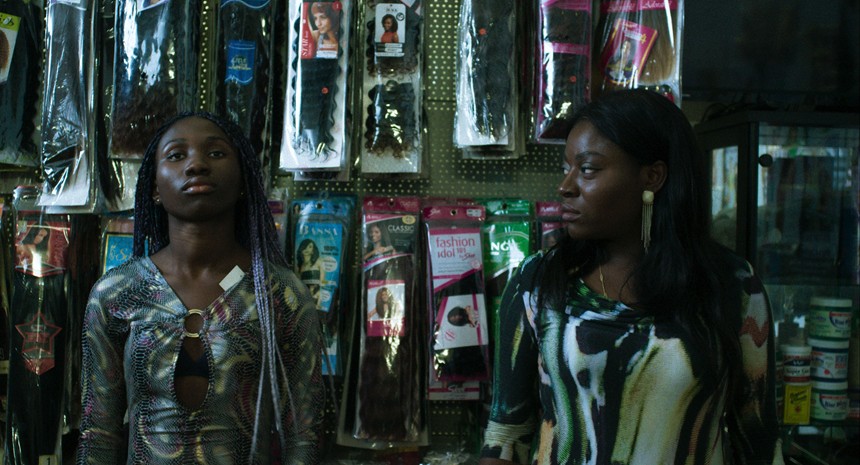 Iranian-Austrian filmmaker Mortezai's sensitive and grimly compelling portrait of Nigerian sex workers in Austria shows its authenticity in every frame, and examines the contours of sex trafficking with often heartbreaking detail. The titular character Joy (Joy Anwulika Alphonsus) has almost paid off the debt she owes her madame (Angela Ekeleme Pius) for bringing her over from Nigeria to Vienna. But she's saddled with one last task before she can be free: she must mentor a new girl, Precious (Precious Mariam Sanusi) into the trade and have her start earning money, lest Joy have Precious' debts added to her own.

Joy tells Precious that it's "survival of the fittest" in this sort of work, and the film shows us the cruel details of this, including two offscreen rapes suffered by Joy and Precious, Joy's rape at the hands of brutal clients, and Precious' rape as a punishment engineered by the madame for insufficient earnings. Remarkably, in this scenario, men are largely not involved in the women's trafficking; the stable of sex workers are run by women doing this to other women, compounding the shocking cruelty.

Would-be white saviors are little help; the representative of an NGO Joy visits to inquire about turning the madame into the police cannot guarantee that she will receive asylum to stay in the country as a result. Joy therefore has few options other than remaining in the cycle of exploitation with little hope of escape; her resilience forms the faint glimmers of hope in Mortezai's exceedingly tough yet riveting and artful film. 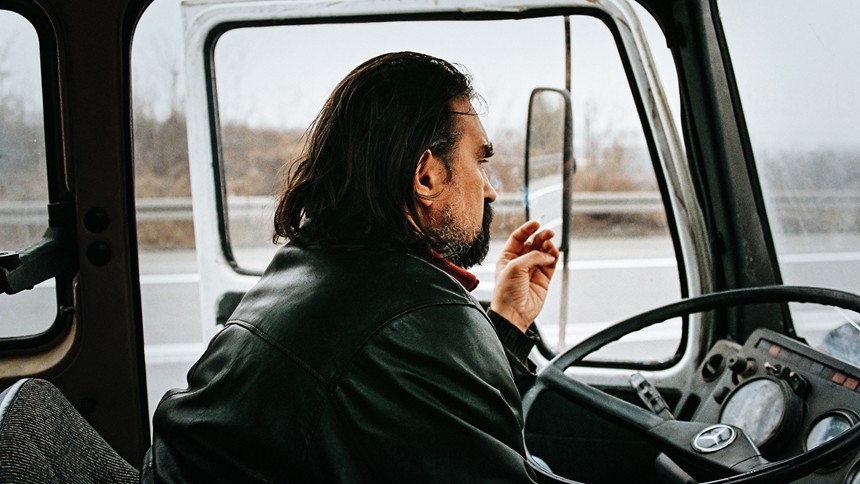 Serbian filmmaker Ognjen Glavonic's debut fiction feature, set during the 1990's Balkan wars, could be described as a rather austere and minimal take on the classic thriller The Wages of Fear. However, this is a take that drains pretty much every ounce of suspense out of its basic premise of illicit cargo being smuggled over treacherous terrain. Instead, there are long takes of its protagonist Vlada (Leon Lucev) driving and occasionally interacting with other characters, some of whom are briefly followed by a roving, panning camera that sometimes veers away from its central figure.

Glavonic's film is based on a real-life war crime that occurred in Kosovo, but you'll search in vain for specific details in the scenario offered here. For that, you'll have to refer to Glavonic's 2016 documentary Depth Two, which gives the full details of the atrocity only obliquely referenced in The Load. (That documentary takes an avant-garde approach, consisting of voiceover telling the story of this war crime accompanied by contemporaneous images of the places where the crime occurred, recalling James Benning's classic work Landscape Suicide.) This lack of detail, while occasioning interesting filmmaking, unfortunately mutes the outrage called for by the atrocity that is this film's unspoken subject.