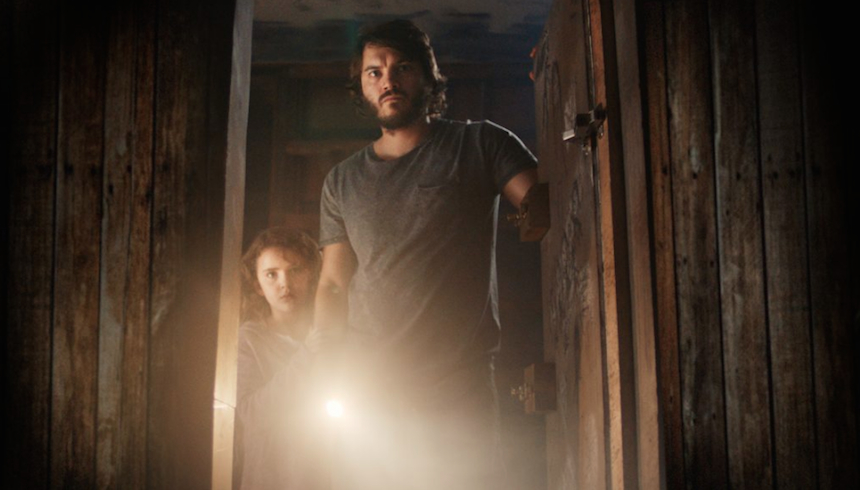 Last night, I was able to catch a screening of Freaks by first-time directors Adam Stein and Zach Lipovsky here at the Miami Film Festival. What I saw blew me away, and I honestly cannot believe that this film is their first feature. From the acting and storytelling to the ingenuity of the scenes, everything is just fantastic.

I almost hate them. It's worth noting that in 2007, Stein was a finalist on the Spielberg-produced show On the Lot, which searched for up-and-coming filmmakers. It would be catty or even cruel to suggest that Spielberg had anything to do with Freaks, but I'd be surprised if the titan wasn't an influence on Stein and (maybe) Lipovsky. The film has the qualities for which Amblin Entertainment is known --- awesome storytelling, fantastic elements in the plot, great special effects, and extraordinary children in peril.

Stein, a Miami native who was in attendence for the screening and q & a, said that they'd "scraped together some money" for their indie feature, but I think they're on a far different playing field than most first-time directors. They got both Bruce Dern and Emile Hirsch, and newcomer Lexy Kolker, the young star of Freaks, whom I think was six or seven at the time of production. All of these actors are excellent in their given roles, but Kolker is truly spectacular.

Kolker is Chloe, a girl who's admonished anytime she tries to leave the house by worried dad Hirsch, who at first may seem mentally ill. Freaks starts out as a bit of a horror film with this setting, and then Mr. Snowcone (Dern) comes along in his ice cream truck with an enticing, homemade book that draws Chole out of the house, and one assumes that he's a predator, because that's how this kind of behavior usually works.

As it turns out, Mr. Snowcone is friendly and only wants to help Chloe, who seems to be a very special child with powers similiar to Charlie McGee in Firestarter. There are similiar parallels to these films, as you'll see as the running time of Freaks progresses. So yes, in a nutshell, Freaks is, in my opinion, a great original story with flavors of Firestarter, X-Men, and Amblin.

Chloe must help save her imprisioned mother --- who also has amazing powers --- from a government facility deep within a mountain. I'm not sure how she was caught and imprisioned with such special powers, but we wouldn't have a movie without that, so here we are. I may have missed something, but I can only assume that the mountain facility and the shackles somehow blocks her extra-special abilities and renders her powerless. This plot device is the sole weakness of the film for me.

Chloe's ability to control people and communicate with those in other places while still in her own home is fascinating. This part of the film is basically the time-tested kids' game of "make believe" brought to its apex, and a marvel to watch unfold. When you think of films in one setting made with limited funds, this part of Freaks is a prime example of what a filmmaker is capable of given a ridiculous amount of talent.

Likewise, the cinematography, production design, and sound design are all excellent, allowing the actors to take us on a wonderful journey. Dern, at age 82, is still fantastic, making sarcastic quips of the salty old man variety, while still having true heart. He's a joy to watch, as is the rest of the cast, including (once again) Kolker, who steals the show. She's got a very bright future ahead of her, as do Stein and Lipovsky. See Freaks in the theater if you can.

If you're in town for the Miami Film Festival, Freaks plays again on Saturday, March 9 at the Silverspot Cinema at 6:15 pm. You can find out more about the film and buy tickets here. If you have a daughter, don't forget to bring her!