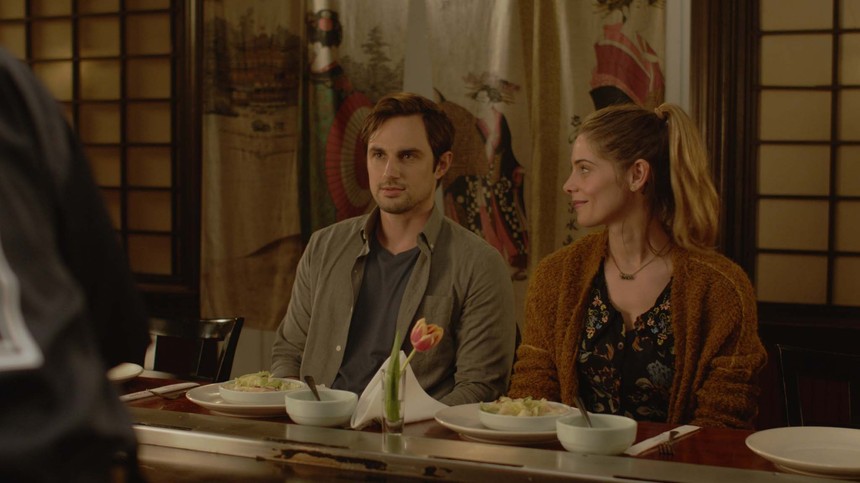 Although it might sound like an oversimplification, most stories can be divided into two categories: those in which the protagonist must fight against an external obstacle, and those in which conflict resides within him. “Antiquities” belongs to the latter classification. Surprisingly emotional and occasionally tender, the film tells a (sometimes) overly-familiar story which, thankfully —and despite a sometimes-sluggish pace—, eventually turns into something a little more honest and less predictable. This ain’t no revolutionary work of art, I can tell you that, but although it does repeat a couple of the same beats as other, more well-known pictures, in the end, it’s sufficiently well acted and directed so as not to feel like a pastiche or a rip-off. “Antiquities” is the kind of simple, sincere movie that ends up winning over its audience, despite all its evident flaws.

Our protagonist is Walt, played by a soft-spoken Andrew J. West. His dad has just died, and in an effort to to learn more about a man he didn’t really get to know very well in life, he moves to his relatives’ house in a small, somewhat stereotypical American town. There, he gets involved in his dad’s business (an antiques store), and meets Ellie (Ashley Greene, of “Twilight” fame) who, despite an energetic and occasionally irritating exterior, is going through her own storm. Which is why, of course, they end up developing quite a close relationship —all the while Walt keeps learning more about his father, and as you might imagine, about himself too.

“Antiquities” is an intriguing character study, a picture that focuses on the way Walt learns more about his father and the way his personality, his objetives and even his job, affected the way he was raised. It’s a film that has a lot to say about relationships between fathers and sons, and the way a lack of communication and affection can strain said relationships. The way Walt starts to figure out more and more about his dad is quite fascinating, and although some of the more shocking revelations are not treated in a very subtle manner, to be precise, they serve their purpose; they help advance the plot, and more importantly, further develop the character of Walt, helping him change and, hopefully, mature. 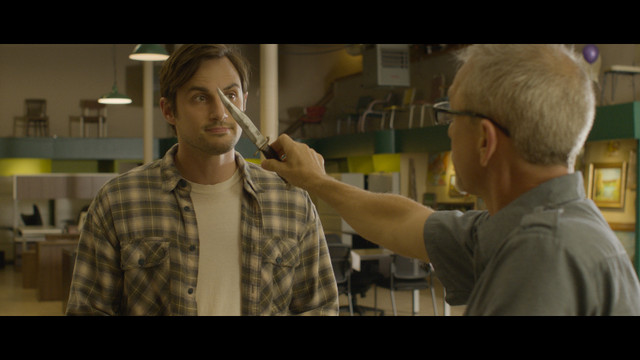 West is quite good as Walt, portraying him as the straight man in a small town full of quirky, somewhat cartoony characters. One does get the sense of why he needs to know more about his dad, and the way he hopes this quest will help him get to know himself. It’s an understated, occasionally thoughtful performance, the kind of work that elevates a slightly predictable story, into something more interesting. As Ellie, Ashley Greene is equally impressive —yes, her character is a little annoying at first, but the way writers Graham Gordy and Daniel Campbell (the latter is also the director) humanise her little by little, developing her as a sympathetic, slightly tragic figure, is a stroke of genius. She’s the perfect foil to West’s Walt, even if some of her more “energetic” scenes could have been toned down a bit.

Actually, one of the more impressive feats this movie manages, is the way it develops the majority of its characters (even the smaller ones). Almost everyone has a character arc, starting as funny, quirky archetypes, and ending the movie as more three-dimensional individuals. Michaela Watkins is memorable as the always-confused Dolores Jr.; Michael Gladis’ Delaney compensates his great stature with a surprisingly vulnerable personality; Roger Scott’s Blundale is the perfect asshole (there’s really no other way to describe him), and Mary Steenburgen (yes, of “Back to the Future: Part III” fame) is unforgettable as Dr. Margot, even though she could’ve been given a little more to do. Despite the fact that “Antiquities” focuses primarily on Walt and Ellie (and their romance), its cast of colourful secondary characters certainly helps making it feel a little more special and ambitious. 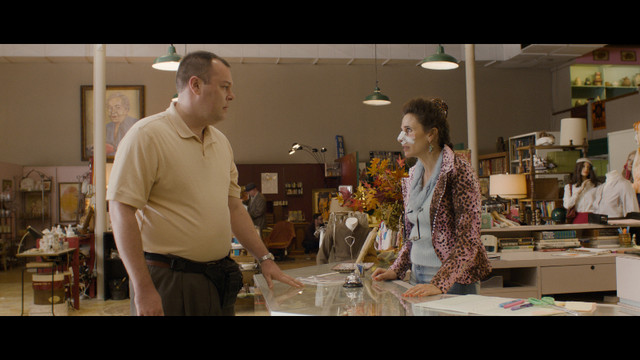 Nevertheless, it must be said that, despite its great protagonists and many effective scenes of character development, the movie does meander at times, especially during the second act. I get that characters must be introduced, conflicts must be set up, and revelations from the past must be made, but I’m sure the film could’ve had a slightly faster pace, in order to get to the meat of the story without making the viewer feel impatient. After all, even though the first two acts aren’t precisely bad, it’s during the third one that “Antiquities” really turns emotional, humanising its characters, and making the viewer feel for them and empathise with them. “Antiquities” is the kind of picture that starts on shaky ground, but gets better by the minute, culminating in an undeniably potent series of events that, finally, force Walt to grow.

“Antiquities” takes its time to get to the point, but when it does, I bet most viewers will be invested enough in its characters for them to really care. Yes, pacing could’ve been better, and yes, some aspects of the story definitely could’ve been more subtle, but despite its flaws, “Antiquities” is honest enough, charming enough, and believable enough, for one to enjoy it quite thoroughly. It doesn’t have anything particularly novel to say, but its themes —related to father-and-son relationships, family, romance and maturity— are conveyed in a refreshingly frank manner. “Antiquities” isn’t the best family drama I’ve ever seen, but if you’re patient, and if you like these sorts of stories, it’s definitely worth a watch.