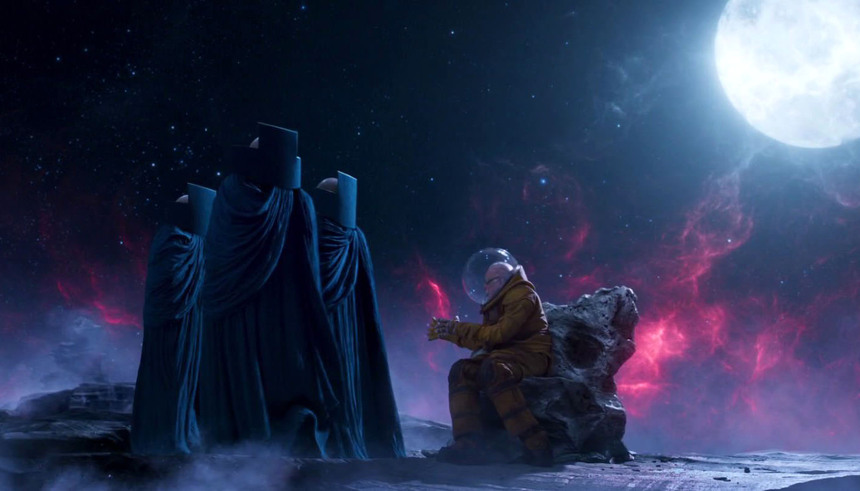 You will spend the rest of your life bumping into things that are in the world because of Stan Lee.

The obvious: Spider-Man, The Avengers, Black Panther, Thor (kind of), Captain Marvel, Daredevil, The Fantastic Four, The X-Men, Doctor Strange, The Incredible Hulk, and many more. Though Lee's career as a comics creator is, of course, festooned with asterisks around co-creators who were more or less acknowledged (and more or significantly less paid), Lee's handprints in the wet cement of graphic novels will be there until the art form itself has disappeared from this world.

Then there are all the comics that Lee himself didn't originate, but which sprouted up like bumper crops in the fertile soil of the Marvel universe, like Guardians of the Galaxy or Runaways, or (much more importantly) Howard the Duck. Or the titles that Marvel absorbed or refracted at one time or another, like Star Wars, G.I. Joe or Transformers.

And that, of course, leads us to the wildly comic-skewing pop cultural landscape we have found ourselves within for most of the 21st century, headed up by none other than the cinematic fruits of Lee's labours, the Marvel Cinematic Universe. The DC squad may quibble, but the MCU is the defining cinematic blockbuster franchise of our day -- outpacing, for the time being, even the newly-refreshed, Disneyfied Star Wars saga.

The parallel rise, competition, and exploitation of the comic book format that propelled DC, Marvel, Dark Horse, and other smaller publishing houses throughout the 20th century is not entirely down to Lee, but his arms-out embrace of the fans of that subculture also, perhaps, generated what we recognize as fan culture today. All that cosplay. All those lines in San Diego. Every weird argument you've ever had about the Thing's donk. Directly or indirectly, Stan Lee's knowing wink is part of them all. And he was an active participant all the way to the end, announcing his final personal signing at comic book conventions only a year ago.

Unpeel one more layer after that idea, and you might intuit that the legitimization of geekdom, and the relationships between content creators and content fans (like us), which created sites like Ain't It Cool News and phenomena like Film Twitter, and perhaps the very web site you're reading right now as a result, have a bit of that Stan Lee DNA in them, as well. If, in your lifetime, you saw being a nerd magically transform from something you wouldn't admit to in the high school cafeteria under pain of death, to the first sentence of your online dating profile, well, you might want to think about Stan Lee.

We lost Steve Ditko earlier this year, who co-created Spider-Man with Lee, and the reckoning with Jack Kirby's influence on Marvel's creative output is still in the process of being (properly) recalibrated. Stan Lee, as Neil Gaiman just put it, was the "happy huckster" Marvel needed, but he was -- indeed -- a huckster in a lot of ways. And alongside the conversation we can have on Lee's influence on the foundations of popular culture itself, we of course need to look at why so much of that work is perenially fixated on white, straight, American males; why characters like T'Challa are exotic exceptions in the early Marvel pantheon rather than rules; and why franchises that began more than half a century ago are condemned to live on forever even as the eras in which they were conceived make them less and less relevant to the people we are now.

Those are important conversations, but they don't negate the weight of loss I know so many of us are feeling today -- because, perhaps even more so than as a creator, Stan Lee as a personality was so foundational to how so many of us came to understand the stories and worlds that we love.

Not bad, Stan Lee. Not bad at all.