Vancouver 2018 Review: THE OLD MAN & THE GUN is a Bittersweet Delight 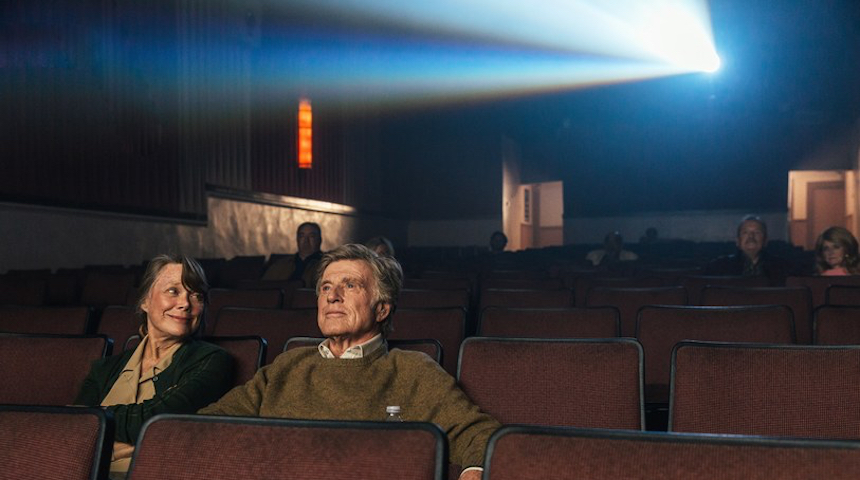 Robbing banks is generally a young person’s game; to catch a big score so to build a cozy future and ride into the sun. For a man in his 70s, who lives out his limited days alone yet still insists on criminal pursuits of this nature, one must ask; why unnecessarily gamble your final years locked up behind bars? Unlike most career criminals - but certainly not all - for Forrest Tucker, robbery is less of a means to an ends. The means are the ends.

In David Lowery’s The Old Man & the Gun, Robert Redford plays a version of real life legend, Forrest Tucker, the old timer who robbed countless banks in his lifetime, broke out of jail sixteen times, yet still found the time to court pretty women like Jewel, played by the eternally lovable Sissy Spacek. When he isn’t planning his next big score with cohorts, Teddy and Waller played by Danny Glover and Tom Waits, Tucker and the widowed Jewel share an adorable golden rapport, but it’s when he’s thieving that really brings out his wide smile.

My big concern entering this film was that Redford and Spacek would go on some Badlandish quest to reclaim their youth, while objectifying 60s/70s road crime favorites in the process, considering that, from the outside, it feels like Lowery is offering his take on the ‘last hurrah of the over the hill’ genre; Space Cowboys, The Bucket List, Last Vegas (sigh), to name a few… I don’t quite think Grumpy/ier Old Men qualifies. Save for the latter, it’s a pretty grim slate of phone-in movies that essentially offer the same joke in a variety of thin costumes, typically wrapped up with an onslaught of shameless heart-tugging. For this reason, the trailer for Old Man & the Gun gave me a bad case of the eye-rolls, disarming me just enough to find the experience of actually watching it to be incredibly refreshing.

It shouldn’t have come as a surprise, since Lowery’s Old Man & the Gun is a delightfully curious follow up to last year’s profound arthouse dazzler, A Ghost Story. But considering that film was itself a follow up to the smarter-than-most family film, Pete’s Dragon, I’m finding myself somewhat flabbergasted by Lowery’s amusing variety of cinematic experiences.

Old Man & the Gun has more in common with A Ghost Story than one night think, though not in any superficial sense. Rather, the two films share something of a bittersweet existential optimism that makes each respective film almost feel-good; or maybe it would be better to say feel-good about feeling bad.

Casey Affleck plays the blue-collar cop hell bent on bringing Tucker down, that is, until he comes to find himself, like most people Tucker encounters, charmed by his motivations. Spacek is along for the ride, not as the Bonnie to Tucker’s Clyde, but as a simple woman entirely as charming as I’d imagine Spacek to be in real life. The pairing makes for one of the year’s great couplings.

With the year’s best low-key cast, which also includes Elisabeth Moss and Keith Carradine, The Old Man & the Gun isn’t about the crime, like most heist films, as much as it is about certain career criminals who commit it and to what it all amounts to. And with a cast of some of yesteryear’s most cherished characters, Lowery’s love letter to the Sundance Kid and Co. feels sincere and heartfelt without touching any of those irksome tropes that make the “genre” so tedious.

Fellow fans of the greatest decade in American cinema will surely concur, The Old Man & the Gun is faithfully one of a kind. Just try watching it without a smile as wide as Tucker’s.

The Old Man and the Gun opened in limited release in the U.S. this past Thursday. It will continue to expand over the coming weeks.