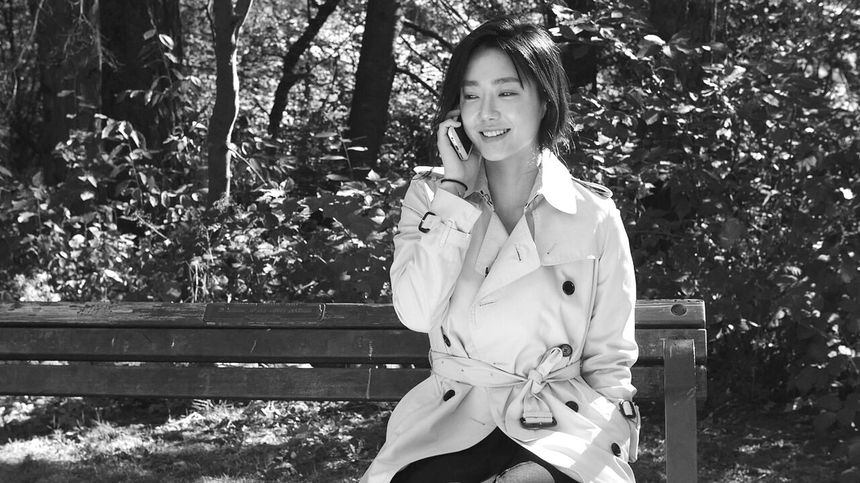 The Darling finds a young Korean actress, Lee Sun-hwa (played by Jang Jieun), spending some time abroad in Vancouver, ostensibly to visit her sister and brother-in-law. As she takes in the sights and interacts with the locals, it becomes clear that she's also avoiding some romantic troubles back home. But she also seems prone to her own personal ennui, which is less easily avoided. If this sounds like a Hong Sang-soo film, that's because it's more or less an homage to the prolific director's signature style.

Vancouver looks beautiful under the gaze of first-time feature filmmaker Lee Seung-Yup. Shot in richly saturated black and white, the city becomes somewhat anonymous, a fitting backdrop for Sun-hwa to disappear into. The people she encounters are not particularly memorable, and her conversations with them typically exist only to reveal information about her (albeit often in funny ways). One neighbor gives her a tarot card reading, telling her that she has many ideas, but for some reason hasn't acted on any of them. It's not a particularly original quandary to have, but it's certainly one with which many people can relate.

Sun-hwa is easy to like -- thanks in no small part to Jang's naturalistic performance -- and this makes her story sympathetic and absorbing, rather than vapid and irritating. Described in the festival guide as a "reverse Lost in Translation," The Darling does similarly emphasize mundane emotional issues of the wealthy and privileged, but it doesn't take itself nearly as seriously. Both sadness and dark hilarity are on display here, with images of Sun-hwa crying alone in Stanley Park, and then later enjoying an illicit solo beer in the forest.

Since it is so reminiscent of Hong Sang-soo's work, it's a little difficult to evaluate how much of The Darling's charm derives from its obviously Hong-inspired aesthetic versus from Lee's original variations on that aesthetic. Ultimately, though, what matters is that it's just as witty and elegant as Hong's lighter works -- and that's impressive in and of itself. It remains to be seen if Lee will develop a more distinctive voice in the future, and I look forward to finding out.
Tweet Post Submit

Do you feel this content is inappropriate or infringes upon your rights? Click here to report it, or see our DMCA policy.
black and whitecanadianJang JieunkoreanLee Seung-YupPark Kangyeonsea to skythe darlingvancouverviff