Fantasia 2018 Review: PARALLEL Examines The Ethics Of The Multiverse 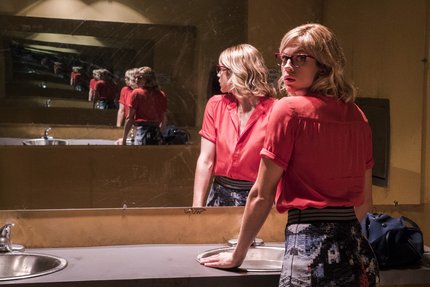 After impressing festival audiences with his debut feature The Incident, a film about people stuck in an eternal moment, and The Similars, in which identities being to shift when a group of strangers find themselves stuck waiting at a bus stop, it's pretty clear where his interests lay. Ezban's fascination with the ramifications of identity, decision making, and the possibilities of an endless universe makes another, perhaps more coherent appearance in his newest film, Parallel.

Ezban's first English language feature, Parallel is the story of four friends who stumble upon a passage to infinite dimensions in their attic, and how they utilize this new, unnatural power. The short take? Not well. More an exploration of the ethics of manipulating destiny than a single focused story, Parallel is an interesting take on the popular concept of the multiverse, a paradigm in which each individual is just one of an infinite numbers of variations of oneself spread out over numerous universes.

These four friends, Leena (Georgia King), Devin (Aml Ameen), Josh (Mark O'Brien), and Noel (Martin Wallström), are working on a smartphone app that will allow users to sell and swap premium parking spots in urban areas. They work hard, and they are really close to getting the funding to complete the app so they can move on to bigger and better things. However, when a former co-worker swipes their opportunity, they find that instead of the four weeks they need to finish the demo, they only have four days. Luckily for them, they discover the dimensional portal in their attic and find out that time moves a lot slower in the "alts" (alternate dimensions), so they use this time discrepansy to knock out those four weeks of work in two days, beating their foe to the punch and selling their app.

With all the hard work and planning that went into this small achievement, Noel starts to wonder why they are thinking so small, and talks with his friends about the potential for their discovery. Each of the friends has dreams they've never had time to pursue, and so the portal becomes their genie in a bottle, allowing them to live out fantasies and manipulate their own reality at will. What could possibly go wrong?

Jealousy, anger, questions of ethical travesty, accidental death, intentional death, and betrayal result from the rampant misuse of their new ability to hop between dimensions. Parallel is the first of Ezban's features that he didn't write, but it feels very much like an Isaac Ezban concept. His obsession with identity and ethics in worlds devoid of the usual social contract is on full display here. Ezban likes toying with the what-if's of science fiction in a much more esoteric way than your typical director, and that makes his work interesting, even when - like Parallel - it's a bit dodgy in the execution.

I liked Parallel quite a bit, but it definitely feels like Ezban has a ways to go before he finally makes his masterpiece. The film's moderate budget definitely shows on the screen. The beautiful lighting and cinematography by Karim Hussain does a lot to hide the seams, though. Visual cues help the audience identify different characters and where they fit in in this complex story, which makes it fairly easy to follow. However, I think the performances of the leads leave a bit to be desired, and if Ezban is able to wrangle some more solid talent in front of the camera, he'll be really a force to be reckoned with. I do wonder what else he has to say, though, as I feel like he's exploring the same kinds of ideas over and over again. Hell, it worked for Cronenberg, so maybe Ezban is just one film away from his breakthrough. Fingers crossed.