It’s a toss-up as to whether one identifies more with the murder suspects or the murder victims, and that’s part of what makes Netflix's Evil Genius such irresistible viewing in its first two episodes.

Part of me wants to say: “That’s what makes this true crime series so insidiously good,” but even I have limits to my glibness. One actually learns very little about the three victims, though, their lives as mysterious as their deaths, and frankly they just seem tragically unlucky -- befriending or dating those who appear to be regular folks, if just a bit quirky and secretive around the edges.

And the two suspects, Majorie Diehl-Armstromg and her frenemy (and erstwhile boyfriend) Bill Rothstein, seem to disappear the more the spotlight is turned on them, as if by evaporation. Still, that’s part of the, um, ingenious premise here -- the idea that we can be drawn in by the power of the unknown alone, and then want to keep watching not because questions are answered, but because even more compelling questions surface. In that sense, Evil Genius has much more in common with something like Twin Peaks than it does with Netflix’s wildly popular true crime saga The Making of a Murderer. 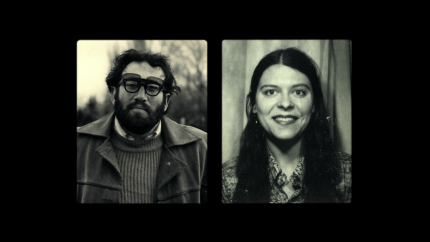 Set in Erie, Pennsylvania, which is often presented in effectively moody, if not foreboding, establishing shots, Evil Genius initially dwells on the notorious “Collar Bomb” bank heist of 2003. That’s the hook. But the lone victim in that scenario, a pizza deliveryman, is soon joined in death by a fellow pizza deliveryman ... and then a frozen body turns up a stone’s throw away. How are all these deaths connected? And will the various law enforcement branches get their acts together and note, for example, that the FBI profile of the bank robbery mastermind matches a possible suspect in the frozen body case?

Not simply a chronicle of an investigation, Evil Genius also doubles as a psychological portrait of those with unfulfilled "potential," and director Barbara Schroeder expertly weaves the police procedural aspects with creepy yet touching personal stories. Sure, some of the structural pieces are a bit obvious -- each episode ends on a cliffhanger of sorts -- but generally the narrative through-line is seamless, the storytelling nuanced, and the unfolding of events full of surprises.

In fact, so far it seems that a four-hour documentary could probably be made from these four episodes and still be completely gripping for its entire duration. So the main challenge for viewers, it would seem, is not to become so engrosssed and impatient that they search these cases on the Web and spoil all the dark fun for themselves.

Evil Genius: The True Story of America’s Most Diabolical Bank Heist debuts on Netflix U.S. on May 11, 2018.