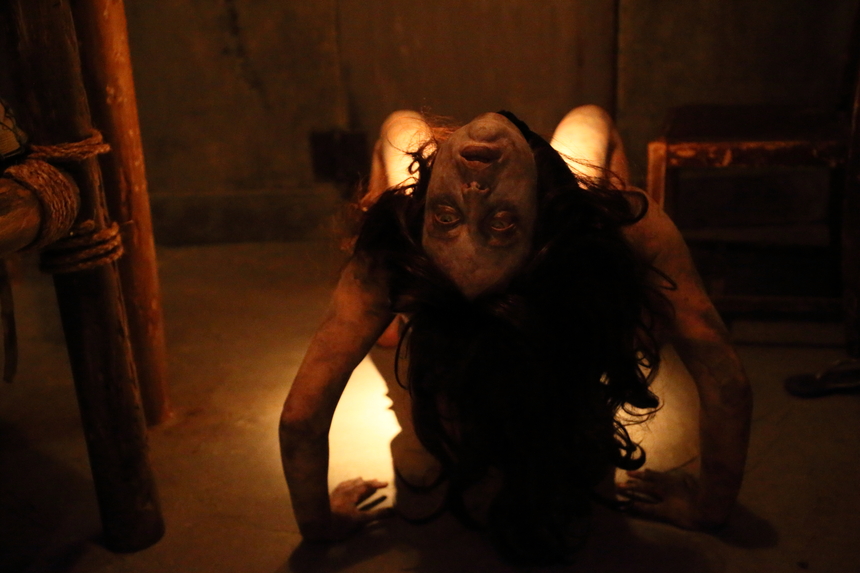 Doug Jones, star of the Academy Award winning The Shape of Water, stars in Gehenna: Where Death Lives, in theaters and On-Demand May 4.

Encompassing horror, suspense and a twist that will blow your mind, Gehenna fixes on five people who enter a hidden bunker from WW2, and realize it's way more than a bunker. Some fates are MUCH worse than death.

Spectral Motion, known for award-winning work on such films as Hellboy and Looper, did the makeup effects on the creature played by Jones. Gehenna: Where Death Lives is in theaters across the U.S and on digital Friday, in theaters and On Demand May 4 from Uncork'd Entertainment.

Check out the film's trailer below.

Do you feel this content is inappropriate or infringes upon your rights? Click here to report it, or see our DMCA policy.
Doug JonesGehenna Where Death LivesHiroshi KatagirihorrorIndieKatagiri Hiroshitrailer