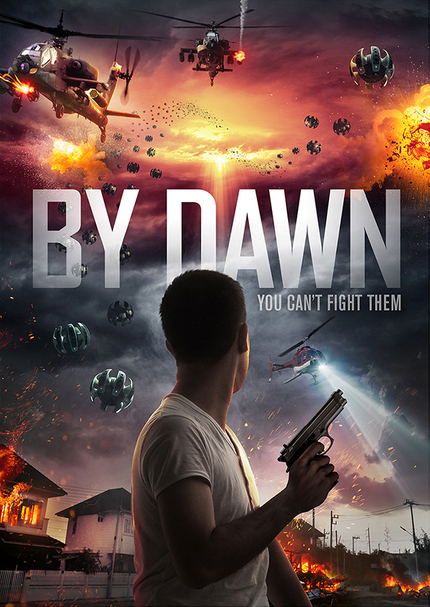 Sebastien Bazile and Michael Galvan’s alien invasion thriller By Dawn was picked up by sales agent High Octane Pictures at the recent EFM. Screen Anarchy has been asked to share the trailer and poster with you.

Starring One Life to Live’s Jason Kaufman in the lead role, the film fixes on a former marine suffering from severe PTSD who prepares his family for war as the deadline for an alien invasion approaches.

Dana Melanie (The Treehouse) and Tara Westwood (Shadowhunters : The Mortal Instruments) co-star in a film that mixes real life issues with that of a fictional, exciting alien invasion storyline.