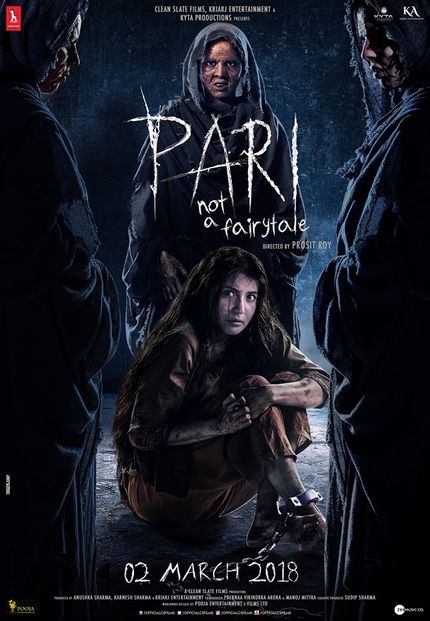 Bollywood star Anushka Sharma has long been a favorite of mine, and she only grew in my esteem when she turned to producing back in 2015 with her company Clean Slate Films' gritty thriller, NH10. That film was an Indian take on rural revenge stories like Eden Lake, and at the time of its release it was so gritty that it was even delayed due to censor board negotiations and was eventually recut for cinema release. This was around the same time that the CBFC (Central Board of Film Certification) was in great upheaval following a mass exodus of incumbent members, and NH10 was the first real test of the direction of the country's new arbiters of social propriety on cinema screens.

The censoring of NH10 set the tone for the next several years in which required cuts to dialogue and imagery became more and more prevalent, and often comical. But the fact that NH10 was willing to take that chance was a bold move for a new producer who also happened to be one of the country's most recognizable and beloved actresses who had made her career in romantic comedies. NH10 was widely praised, and even made some money, but it would be a while before Sharma would come back to this kind of deliberately and obviously edgy material again, and certainly not with her own production company.

In Pari, Sharma appears as a mentally disturbed woman who seems to be under attack from an unseen force. There's not much to go on, plot-wise, in the trailer, but I really like the atmosphere and the look of the project, even if it's a bit too enthusiastic about all that blue.

Pari is set to release on March 2nd, presumably around the world, and I know I'll be there on opening night. Check out the trailer below.