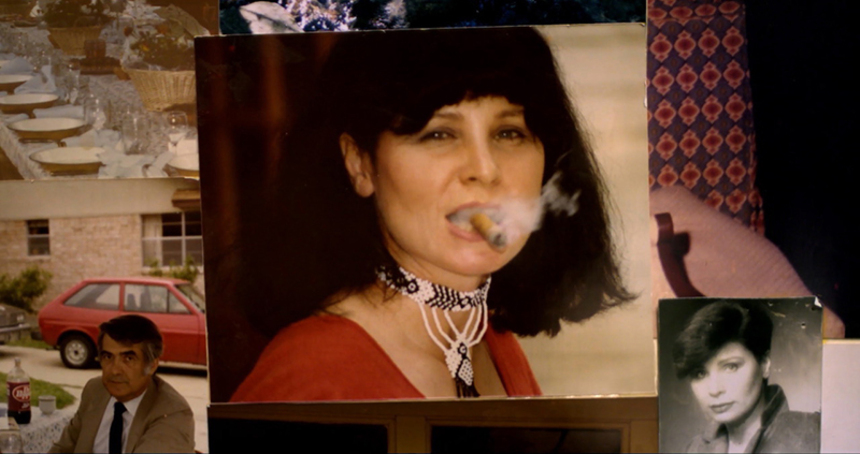 Many of us have likely had the dream of packing it all in: the modern world, the rat race, the rampant consumerism, and heading to a cabin in the woods, to get as far away from civilization as is possible for anyone who has grown up in the contemporary world. The subject of Morrisa Maltz feature documentary debut, Ingrid, does just that: slowly weans herself off her former life and establishes a proverbial 'room of one's own'.

Ingrid Gipson is a German immigrant to the United States, worked as a prominent and successful fashion designer in Texas in the 1980s; she was married twice, and had two children. But something was missing. After buying property in rural Oklahoma, she found herself returning more often to that place, eventually becoming isolated from her family as she built her home and a new, Walden-like existence.

When I write she built her home, I mean that literally: the film opens with Ingrid collecting rocks to use to build an animal enclosure, and as we are shown her home, it is clear this was made almost entirely with her own hands. And considering its size, this is no small feat. This introduction gives way to showing us Ingrid's daily life: continous building, caring for her animals (and yes, also killing them sometimes; Ingrid relies on her own hands for most of her food, so some in the audience might find a few depictions of how she accomplishes this a bit difficult). It also shows Ingrid maintaining her artistic creativity with unusual and beautiful sculptures.

Maltz gets her camera close in on Ingrid, her philosphy, and her emotional and mental state of mind. But rather than being intrusive, you feel like an old acquaintance who has come for a visit, or perhaps someone who wants to learn from Ingrid's transformation. Close-ups on Ingrid's face and hands reveal not only a remarkably strong and adept 73-year-old (many half her age are likely not as strong), but we see a strong heart and joyful soul, one that finds its joy as much from tending to her goats as creating a new work of art.

This moves into more intimate detail, as Ingrid discusses her own upbringing: her father was a member of the Nazi party, a man who severely abused his children, and was able to come into his own in an era where his violent tendencies had a government-sanctioned outlet; her difficulties with bring both a full-time mother and household manager while maintaining a full-time career; her occasional moments of loneliness at her (partially self-enacted) estrangement from her children.

At just under an hour, Maltz finds the perfect length to tell Ingrid's story, neither overstaying her welcome nor leaving us with too many questions. Ingrid is a intimate and fascinating portrait of an equally fascinating person, one that in many ways we might strive to be.