Review: THE MOUNTAIN BETWEEN US, Realistic Survival Amidst Romantic Notions

Idris Elba and Kate Winslet star in a climate-controlled survival film that doubles as a love story; Hany Abu-Assad directed. 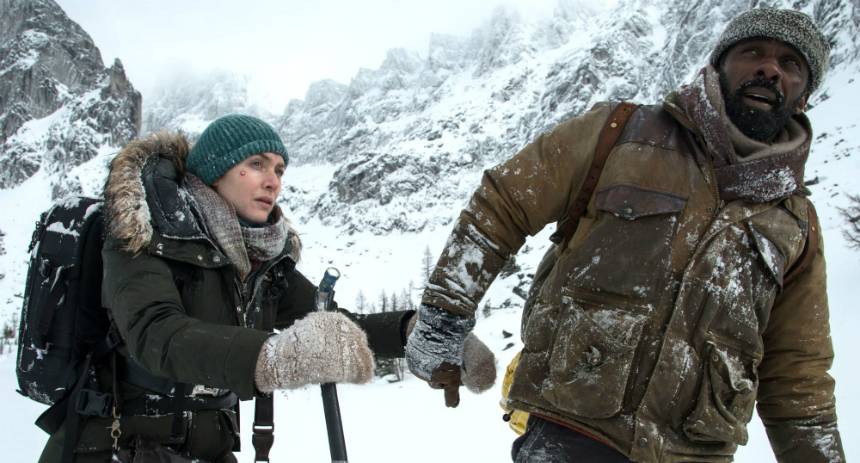 In an interview with our own Dustin Chang in February 2014, speaking in connection with his film Omar, director Hany Abu-Assad said in part: "If I made a list of ten movies I like by other filmmakers, they would be all realistic movies with realistic characters."

This may help explain Abu-Assad's approach to The Mountain Between Us, which is a realistic movie with realistic characters who survive a plane crash and then must deal with harsh wilderness conditions for many days. On first blush, it sounds like a Hollywood concoction, featuring two veteran stars whose romantic combustibility will surely rise to the surface eventually.

While there's no denying that the broad strokes of the storyline are easily predictable, it's the performances by Elba and Winslet, as well as Abu-Assad's intimate approach, that keep the film grounded in reality.

Based on a novel by Charles Martin (no relation), first published in 2011, the film's "meet cute" comes early, as Doctor Ben Bass (Elba) and photojournalist Alex Martin (Winslet) are stranded in a Salt Lake City airport. Since both have pressing engagements elsewhere the next day -- Ben has surgery to perform and Alex is getting married -- they decide to charter a small private plane, piloted by Walter (Beau Bridges).

Walter has an untimely heart attack and the plane crashes on a mountain range, leaving Ben and Alex to fend for themselves. Their only company is Walter's dog, who somehow survives too. Because Walter was not required to file a flight plan and no one knows where they are, they realize they must effect their own rescue. 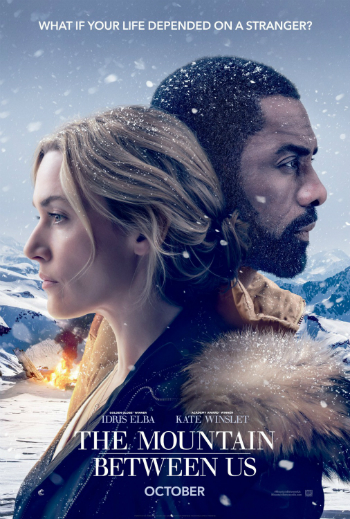 In the screenplay by Chris Weitz and J. Mills Goodloe, Ben and Alex are nicely delineated as mildly clashing personalities: Ben is extremely cautious and weighs everything carefully; Alex prefers taking action over delay and uncertainty. Alex's impulses are tempered by a serious leg injury she suffered in the crash, so she can often only plead with Ben to do what she wants.

What keeps the characters from plunging pell-mell into tired stereotypes -- The wise male doctor! The brash lady photog! -- is restraint, which comes from the carefully crafted script, the understated direction, and the leading actors, who both give marvelous performances. Both characters have admirable professional resumes and both have personal experiences that range widely from sour to sweet. These folks have lived. They are mature people, not just because of their years, but because of the knowledge they have gained and applied to their own behavior and how they treat others.

Their arguments on the mountain are short-lived and result as much from their frustration with their own shortcomings as with those of the other. They understand the need for self-control. They are a bit idealized, yet at heart they are still realistic characters with tremendous appeal. (The dog, though, is another story; he constantly reminds that this is a fictional tale.)

Even though The Mountain Between Us often plays as a formula picture, giving into expectations for a film about an intimate connection forged in harsh conditions, it still undermines those expectations through its sheer humanity, expressed with modesty. That makes it a relatively rare commodity nowadays.

The film opens in theaters throughout Canada and the U.S. on Friday, October 6.

Do you feel this content is inappropriate or infringes upon your rights? Click here to report it, or see our DMCA policy.
Hany Abu-AssadIdris ElbaKate Winslet