Notes on Streaming: 1922, Miserable Man That I Am 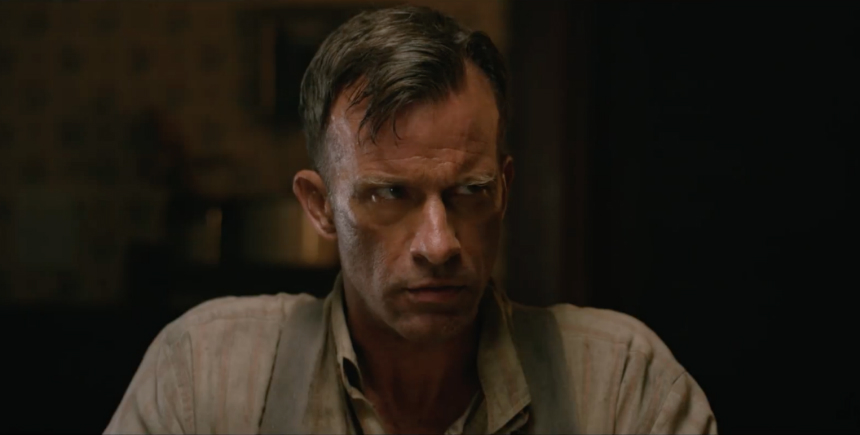 Low-key dramatics and a one-dimensional theme characterize 1922, the latest screen adaptation of a Stephen King story.

Released on Netflix this past Friday, my initial reaction to Zak Hilditch's film was quite muted and left me grumbling with dissatisfaction, much like the lead character's grunts and groans. But the singular focus pays wicked dividends, and it's remained on my mind ever since.

Thomas Jane stars as the grunting, groaning and grumbling Wilfred James, a farmer in the Midwestern United States in the titular year of 1922. He is the stubborn owner of 80 acres of farmland. He married Arlette (Molly Parker) in his youth, a fellow land owner whose 100 acres are invaluable to their existence; she works just as hard as he does to provide for their 14-year-old son Henry (Dylan Schmid).

Wilfred and Arlette don't really get along, but in Wilfred's eyes, that's alright, because his only dream is to keep the farm going until he can pass it along as an inheritance to his son. Arlette, however, has lived in rural discontent for too long, and she's ready to sell everything and move to the 'big city' (Omaha, Nebraska), where she can open a dress shop and enjoy a more civilized lifestyle.

When Wilfred refuses to consider the possibility, Arlette announces her intention to divorce him, sell her portion of the land, and take Henry with her to the city. This does not sit well with Wilfred, and he sets about turning Henry against his mother and plotting a very dark deed.

That plot description may sound more complicated than it is; in 1922, it plays out expeditiously, allowing the film to burrow deeply into the mind of a "conniving" man, as Wilfred describes himself in the ever-present voice-over narration, which is not so much a guilty confession as a reluctant admission of his own, extremely malicious intentions toward someone who never did him wrong.

Marked by darkly evocative lensing by director of photography Ben Richardson (Beasts of the Southern Wild), the minor-chord, mournful mayhem in an original musical score by Mike Patton, and Thomas Jane's memorably restrained performance, which sinks deeply into layers of righteous indignation that transform into self-loathing, 1922 nearly stumbles entirely in its third act.

That's a typical indicator of Stephen King's work -- the extended plunge into abysmal misery -- which isn't really necessary here, since Zak Hilditch has a clearly dark vision that brings everything together in a symphony of sorrow. 1922 may be minor-key, but it lingers unhappily on the edge of a disturbing memory and refuses to dissolve.

The film is now available to watch on the Netflix streaming service.

Do you feel this content is inappropriate or infringes upon your rights? Click here to report it, or see our DMCA policy.
Dylan SchmidMolly ParkerStephen KingThomas JaneZak Hilditch