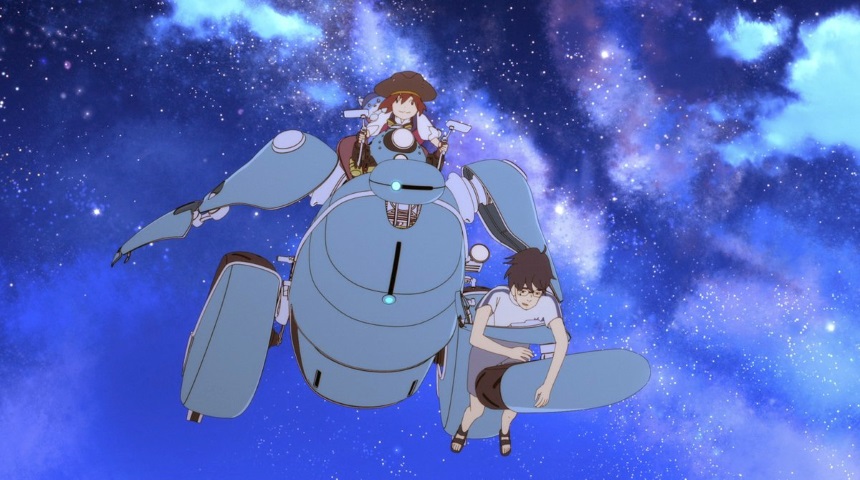 Japanese director Kamiyama Kenji has been around in the anime landscape for decades, also as writer, artist, animator, and producer. Peer carefully and you can find his name on the credits of titles like Akira and Roujin-Z already. He is probably most famous though for being one of the main creators behind the anime series Ghost in the Shell: Stand-Alone Complex and Ghost in the Shell: Second Gig (and their spin-off movie Solid State Society). His Eden of the East was also pretty damn brilliant in my opinion. 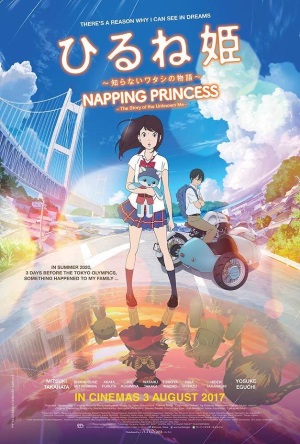 This year, studio Production I.G. released Napping Princess (released in some countries as Ancien and the Magic Tablet): an epic young-adult anime adventure, written and directed by Kamiyama himself.

In the film, high-school student Kokone has the habit of nodding off at the most inopportune times. When she's asleep, she has vivid dreams about a steam-punk-ish fantasy land in which she is Ancien, a young princess who can make machinery come alive with her magic tablet.

In the real world, her father suddenly gets arrested by the police, while Kokone herself narrowly escapes a kidnapping attempt. Apparently Kokone and her father are suspected of "software theft", with a large car manufacturer being the accuser. Helped by friends and her dad's semi-sentient motorcycle, Kokone sets out to prove her family's innocence. But how do her dreams, and most importantly her long-dead mother, fit into the picture?

Kamiyama Kenji has made a very spectacular and entertaining picture here, in which he throws everything and the kitchen sink at the viewer. We get fantasy, science fiction, blatant sentimentality, pirates, living toys, giant robots, kaiju, cool steampunk-designs, cool current designs, cool futuristic designs... WHOA!

In fact, if the film has a weak point it's that it is bursting apart at the seams. There is a very good emotional anime in here, about loss, family and coming-of-age. It's underscored by piano music, brings the feels and I would give it an 8 out of 10. There's is also an apocalyptic science fiction thriller in there, incredibly accomplished on a technical level, with rip-roaring destruction and a three-tiered 45 minute finale to blast your brain to pieces. While that finale is too long, I'd still give that film a 9 out of 10. Seriously, if you're a Kaiju and/or giant mecha fan, you owe it to yourself to check this out.

The switching between the two worlds of dreams and reality in itself works fine, and Kamiyama Kenji is no stranger to successfully juggling a large cast of characters. But the family drama and the long sci-fi storyline clash into an uneasy mix, which turns out to be less than the sum of its parts. Keeping with the numbers I mentioned earlier, I'd give the end result a 7 out of 10, and I have that nagging feeling that if the mix had been even a tiny bit better, we'd have had a contemporary science fiction masterpiece like Hosoda Mamoru's Summer Wars (which I'd always give either a 9 or 10, depending on my mood).

But I refuse to be any harsher on this film than that. Other than the story, it's polished to a sheen, and I'd rather see a director err on over-ambition than on complacency. The art-direction and animation itself are among the best the industry has to offer. I had a blast seeing it in the cinema (thank you, Camera Japan Festival Rotterdam), and when asked I'd even favor it over some favorites as, say, The Boy and the Beast. So flaws and all, this one comes highly recommended! 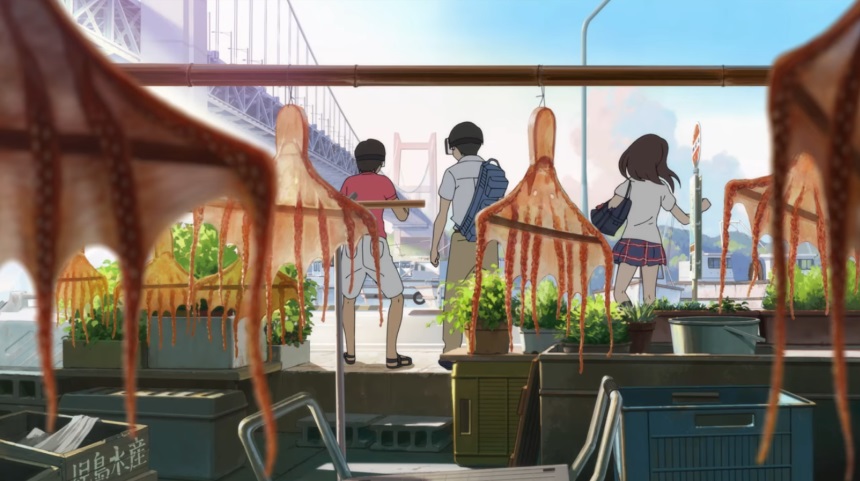