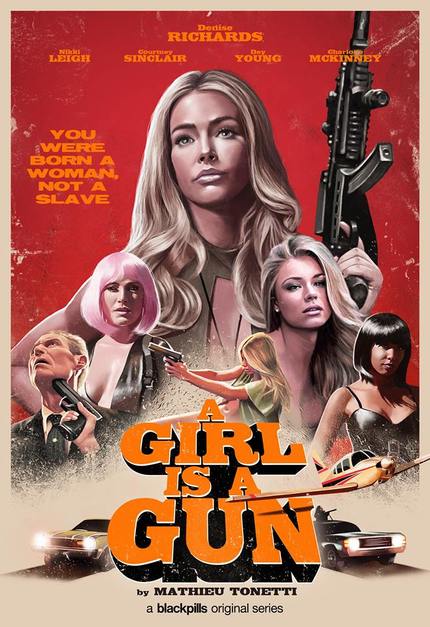 There's a new streaming upstart in town called Blackpills USA. Originally a digital media firm that produced shortform video for millennials, the service is now available in the U.S. through Apple's App Store and Google Play.

Blackpills are launching a ton of original shows, from Luc Besson's Playground, to a new show from Sharon Horgan (Catastrophe) and this 70's set, feminist reveger called A Girl is A Gun.

Steeped in the grindhouse tradition, A Girl with a Gun follows three women (Santa Fe, Nenuphar, Vegas) living in Los Angeles who go missing, creating a wave of panic in the city. While the police suspect a serial killer is behind the disappearance, the three women have actually joined a secret guerrilla camp where they train to avenge the injustice of a misogynistic system that humiliates and exploits women.

The series is available now.

Do you feel this content is inappropriate or infringes upon your rights? Click here to report it, or see our DMCA policy.
A girl is a gunblackpills seriesDenise Richardstrailer