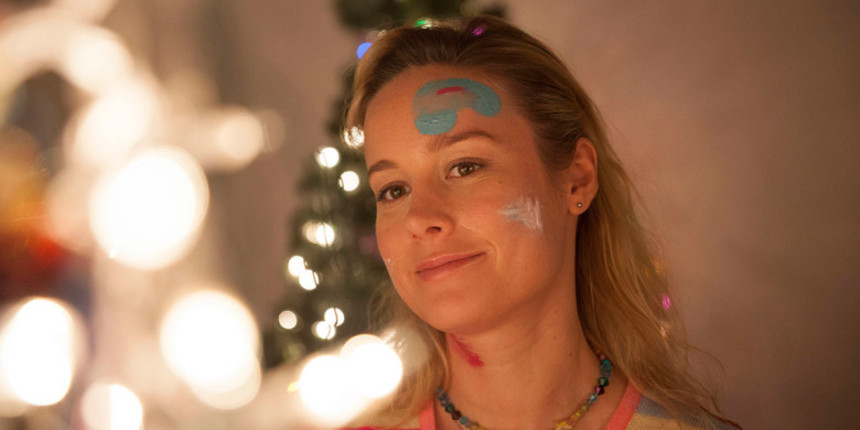 Is there such a thing as the 'woman-girl' film? The female equivalent to the man-boy film (which describes far, far too many films) about someone who allegedly refuses to 'grow up', or be the kind of adult that their families or society expects them to be? It's possible we could call Brie Larson's directorial debut Unicorn Store such as film. Even so, this is a wonderful debut, a film full of great laughs, terrific performances, clever observations, and a huge, rainbow-coloured heart.

Kit (Larson) loves bright pastel colours, and Care Bears, and glitter, and those things that are often stereotyped as being of 'little girls'. But Kit is an adult woman in her early 20s; she's been kicked out of art school by people who don't take her seriously, and has had to move back into her parents' (Joan Cusack and Bradley Whitford) house. Her parents, who see the how and why of emotional expression quite differently (they even run a wilderness program called 'Emotional Quest'), want Kit to face up to mature adult responsibilities.

So disheartened is she (and a bit drunk), Kit gets a job as a temp. Her new boss Gary (a marvelously understated Hamish Linklater) is certainly 'impressed' with her, as Kit tries to make a go of the dull, grey world of office work. But then she gets a special invitation to The Store, where a magical man (Samuel L Jackson obviously loving getting to play this magic man) gves her a chance to get her childhood dream: her very own unicorn. But first, she must prove she's up to the task.

And so with her various tasks, such as providing proper shelter and support for her unicorn, she enlists the help of Virgil (Mamoudou Athie), arguably the only 'normal' character in the film. But that's part of the point: everyone has their quirks, whether they be loving glitter and purple, or how learning how to pitch a tent can help you open up emotionally, or facing your fear of opening your own Etsy shop.

Samantha McIntyre's razor-sharp script is deceptively clever; beneath the glue guns and bows is a hilarious and insightful look at why we give up on our dreams, particularly as women, when we're constantly told to love these 'cutesy' things are not worthy of us. Instead, we are told we must pander to male fantasies of women wearing a cocktail dress while vacuuming, or existing in a too-drab and sombre world.

Larson's comedic skills as an actor have only just been explored; her Kit is completely earnest; not naive, but dumbstruck as to why anyone would want to keep her crushing her joyous spirit and its expression, and determined to be true to herself even if that means a few failures. Cusack and Whitford are perfect as her well-meaning but confounded parents; and Martha MacIsaac, as Kit's office friend, hits pitch-perfect notes with just a few lines.

Add to this Larson's deft direction: not only has she cast great actors, but she keeps the film on the perfect pace of comic timing (almost too perfect; I fear I missed some good lines because I was laughing so much). add to this masterful direction of comedy, and we'll wonder why she hasn't gotten behind the camera until now.

Unicorn Store is a rare film where the word 'quirky' is more than earned, and meant as the greatest compliment. It's a love letter to the child in all of use (especially girls), who are told that the things the love as a child, and most importantly, the joyous wonder in the world, are not to be maintained. Give over to its humour and happiness, and you will skip your way out of the cinema.

Do you feel this content is inappropriate or infringes upon your rights? Click here to report it, or see our DMCA policy.
Bradley WhitfordBrie LarsonHamish LinklaterJoan CusackMamoudou AthieSamuel L JacksonTIFF 2017Unicorn Store