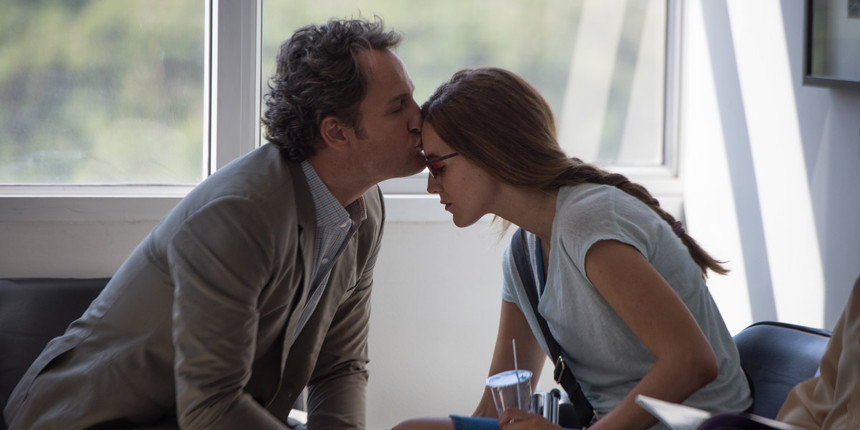 Director Marc Forster brings forth a romantic tale that is much more than meets the eye in the new film, All I See Is You. Actress Blake Lively and actor Jason Clarke lead the way from a script by Forster and screenwriter Sean Conway with a story of intrigue, mystery and chilling uncertainty for a woman whose second chance to see for the first time since childhood brings both happiness, as well as striking new questions about her relationship.

Here's how Jane Schoettle at TIFF describes the new movie from the director of Monster's Ball and World War Z:

Marriages are a delicate psychological interplay between two people, and there's no shortage of stories about how that connection is altered when things take a turn for the worse. But this insightful new drama is about a married couple who face unexpected challenges when their circumstances seemingly change for the better.

James (Jason Clarke) and Gina (Blake Lively) are a happily married couple living in Bangkok. Gina has been virtually blind since the childhood car crash that destroyed her sight and killed her parents. Despite her difficulties, Gina lives a full life, depending on James for help navigating the raucous bustle of the city.

When Gina has the opportunity to have sight-restoring surgery on her right eye, she jumps at the chance. After the procedure, her world is changed. Not only does she see everything around her, but she sees herself in a new light. Their lives change in a million ways both large and small, and James' surprising response to the new status quo will reveal the troubling power dynamics underpinning their relationship.

With the collaboration of cinematographer Matthias Koenigswieser and a standout sound design team, director Marc Forster lets us experience the world as Gina does at all the different stages of her sight's recovery. Boasting finely tuned technique that augments our understanding of the characters' emotional arcs, All I See Is You is a truly cinematic and moving experience.

Open Road Films is releasing the film in the U.S. on October 27 and the official trailer is just below. Check it out!

Do you feel this content is inappropriate or infringes upon your rights? Click here to report it, or see our DMCA policy.
All I See Is YouBlake LivelyJason ClarkeMarc Forster