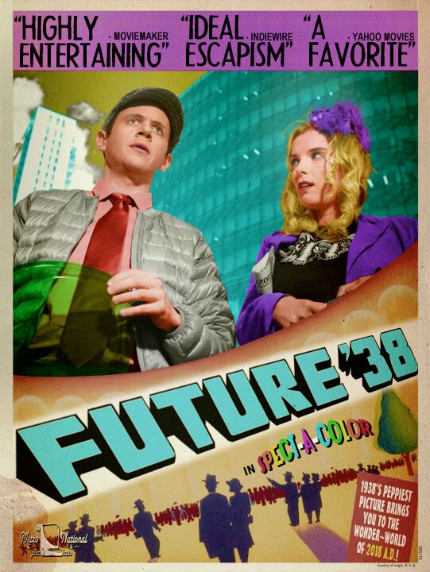 Ahead of its New York Premiere at the Art of Brooklyn Film Festival this coming Thursday, June 8, we have an exclusive clip from Future '38.

It won the audience award at the Slamdance Film Festival earlier this year. Here's the official synopsis:

Our modern world through a 1930's lens. Future '38 is a "lost" classic film from 1938. Filmed in blazing early Technicolor, it's the story of a man who must save the world by traveling to the year 2018.

More information is available at the official festival site.

-Gals Are Like Teeter-Totters- from K2 Publicity on Vimeo.