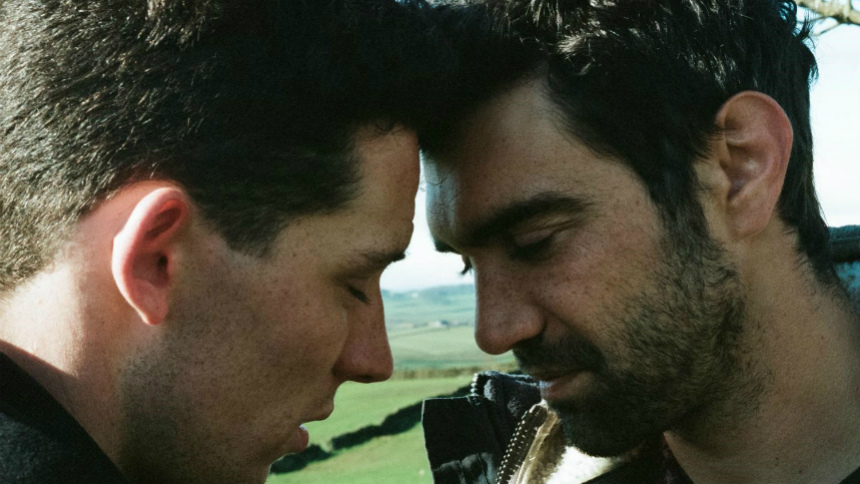 Edinburgh International Film Festival 2017 have announced their Opening and Closing Gala films ahead of a June 21st start date.

Kicking off the festival, now in its 71st year, is the UK Premiere of director Francis Lee's acclaimed debut feature God's Own Country. Set amidst the bleakly beautiful landscapes of Yorkshire, the film already carries with it acclaim from screenings at Sundance and Berlin.

Johnny Saxby (Josh O’Connor) works long hours on his family’s remote farm in the north of England. He numbs the daily frustration of his lonely existence with nightly binge-drinking at the local pub and casual sex. But when a handsome Romanian migrant worker (Alec Secareanu) arrives to take up temporary work on the family farm, Johnny suddenly finds himself having to deal with emotions he has never felt before. As they begin working closely together during lambing season, an intense relationship starts to form which could change Johnny’s life forever.

Closing the festival will be England Is Mine, the highly anticipated biopic of Morrisey, the musical icon and lead singer of legendary Manchester indie band, The Smiths. Directed by Mark Gill, the film follows the singer's early life up until his meeting with guitarist Johnny Marr.

England is Mine takes audiences back to 1970s Manchester, where Steven Morrissey (Jack Lowden – Dunkirk, A United Kingdom, ’71), an introverted, uncompromising teenager, finds himself frustrated with his working-class existence. With dreams of a successful music career being dampened by his run-of-the-mill job at the local tax office, Steven finds solace in the city’s underground gig scene where he meets Linder Sterling (Jessica Brown Findlay – Downton Abbey, The Riot Club) – an intelligent, self-assured artist – who encourages him to make his ideas of superstardom a reality.

See the website for more details and tickets: http://www.edfilmfest.org.uk/

Do you feel this content is inappropriate or infringes upon your rights? Click here to report it, or see our DMCA policy.
Edinburgh 2017Edinburgh Film Festivalfilm festival