Don "The Dragon" Wilson's PAYING MR. MCGETTY gets a new poster and a trailer! 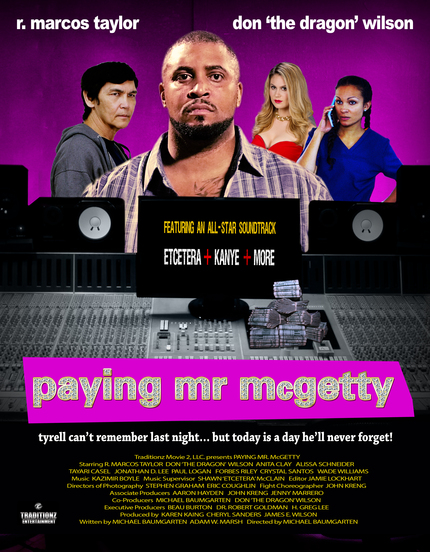 Action superstar and kickboxing legend Don "The Dragon" Wilson's latest film PAYING MR. MCGETTY, a quirky action comedy from Traditionz Entertainment, has premiered a new poster and a trailer! Wilson co-stars as a laconic hitman, while star R. Marcos Taylor (BABY DRIVER, LUKE CAGE) appears as a man about to have the most hilarious and perilous day of his life. The film premiered at the Burbank International Film Festival and won awards, and is looking at a release late 2017.

Do you feel this content is inappropriate or infringes upon your rights? Click here to report it, or see our DMCA policy.
Cynthia RothrockDon "The Dragon" WilsonKanye WestPaying Mr. McGetty