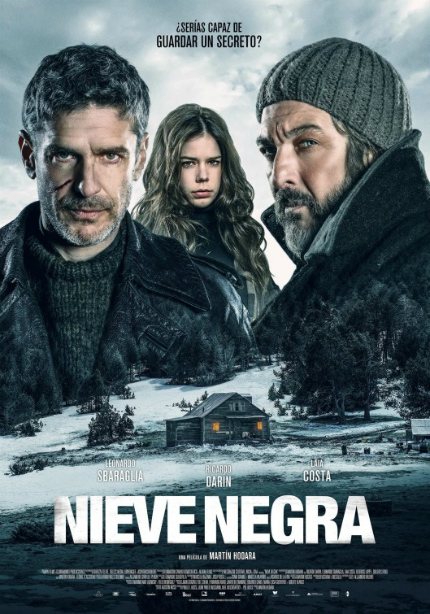 Released in its native Argentina this past January, Black Snow (Nieve Negra) has been steadily opening in other South American territories over the past few months and will open in Brazil on June 8.

That's occasioned a new trailer with Portuguese subtitles for the Spanish-language film, which is what caught my eye today. It looks really good!

The film appears to be an acting face-off between the great Ricardo Darin -- I'm a big fan of his work -- and Leonardo Sbarglia, who play long-estranged siblings. Darin lives alone in rural Patagonia; Sbarglia arrives with his wife Laia Costa to try and convince his brother to divide up the land that they've inherited. Secrets and lies are exposed, and firearms may be involved.

Martin Hodara, who co-wrote the script, makes his directorial debut. You can watch the subtitled trailer below; I've also included the original trailer from November, which has no subtitles. Have you seen the film? Please share your comments.

Do you feel this content is inappropriate or infringes upon your rights? Click here to report it, or see our DMCA policy.
ArgentinaLaia CostaLeonardo SbargliaMartin HodaraRicardo Costa