Review: THE TRANSFIGURATION, Young, Black, and Obsessed with Vampires

Vampires seem uniquely suited, as a mythological figure, to examining issues of isolation and loneliness. Whether it be in the cold winters of Sweden or the sunny streets of California, the monster, with its dietary needs, limited daytime movement, and inability to die except by specific means has allowed filmmakers to use the trope to explore people in varying situations who still find themselves the 'other'. In Michael O'Shea's excellent feature debut The Transfiguration, a young black teenager in New York finds both solace and darkness in his vampiric obsession.

Milo (Eric Ruffin) lives with his brother in the family apartment after the death of their parents. Milo is constantly bullied by a local gang and his schoolmates, but finds comfort in his obsession with vampire films. So much so, that he believes himself to be a vampire, even going so far as to kill the odd stranger and drink their blood. He meets Sophie (Chloe Levin), who lives in the building with her abusive grandfather, and the pair form a strange attachment, as Milo tries to figure out how he will live with his believed affliction.

Milo is old-school; not only does he watch his vampire films on VHS, but he has definite opinions on what makes a 'realistic' vampire film (Near Dark makes the cut; Twilight does not). Indeed, the film is closer to films such as the former, which are less about the vampiric and more about the social reality surrounding the characters.

Not only is Milo isolated because of his race, he is isolated even among the other black boys in the neighbourhood because of his strangeness. Couple this with the advent of sexual maturity (a key component of the vampire trope) which Milo is only just becoming aware of an interest in, and his vampire obsession seems almost relatable. His attacks on his victims, usually others who are also isolated, are as silent as Milo, accompanied by a discordant electronic score that serves to emphasize how out of the place not only Milo is, but the attack itself. 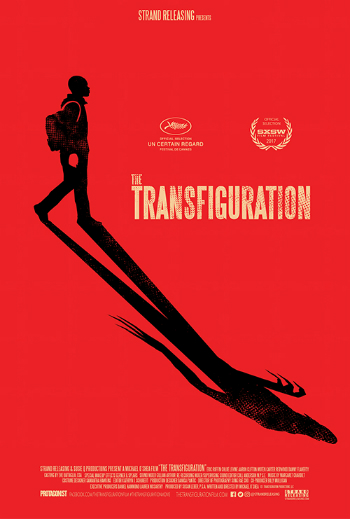 Cinematographer Cho Sung Rae shows a harsh, bright, poor Queens, one in which Milo and Sophie walk abandoned lots, and sit on roofs and boardwalks overlooking the ocean, dreaming of an impossible escape. The best they can hope for is to find solace and companionship in each other.

This matches with O'Shea's minimalist and objective observation (closer to Kelly Reichardt than Kathryn Bigelow) of Milo's behaviour. No judgement is passed; instead, Milo must work through his problems and extreme reaction to them himself.

Milo's horror obsession is somewhat a reaction of grief over the loss of his parents, and more about how he justifies his otherness from his neighbourhood and even his brother.

Ruffin plays Milo, not so much as misunderstood, but as impossible to understand. His own logic over his ideas of vampirism are put to the most extreme of tests, and Ruffin slowly lets cracks show in Milo's defense, even as he tries to save Sophie.

Sitting more on the art cinema side than horror, The Transfiguration nonetheless pays homage to horror tropes while placing them firmly within a context of how they configure in the lives of the characters. Centred around Ruffin's incredible performance, the film's grittiness, almost unbearable loneliness, and harsh look at the life of one young black youth make it a film worth watching by genre and non-genre fans alike.

Do you feel this content is inappropriate or infringes upon your rights? Click here to report it, or see our DMCA policy.
Chloe LevinEric RuffinMichael O'Sheavampires

More about The Transfiguration