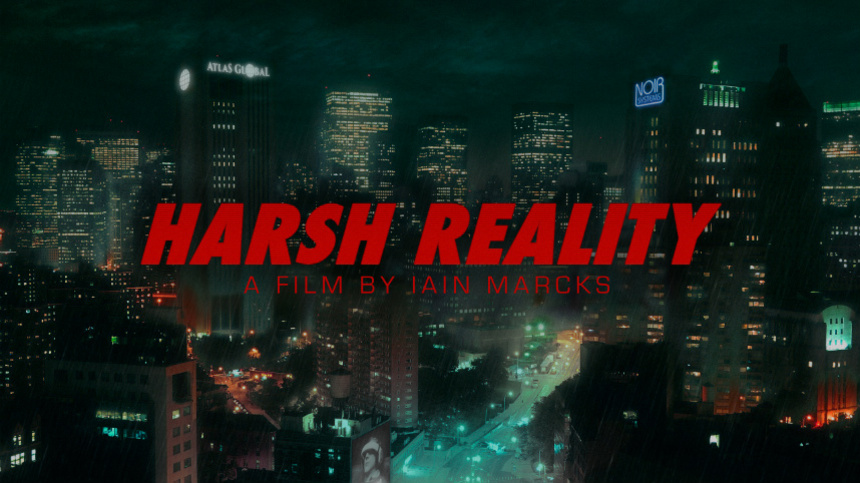 This short film has already begun production, but the cyberpunk thriller needs your help for completion funds. The story is about a professional gamer who’s been kidnapped and subjected to a mind-altering VR program. It reminds me a little of a certain Black Mirror episode (and even A Clockwork Orange a touch) in both theme and content. Harsh Reality is about how technology separates us from the consequences of our actions, and on the flip side of the coin, how that same technology connects us to others.

To prep for the film — including the commercial — writer/director Iain Marcks researched VR, EMDR, media theory, and the political roots of cyber culture. He also consulted Dr. Douglas Rushkoff, an early advocate of open source culture and an influential author, teacher, and documentarian who is associated with the beginnings of cyberpunk. (Dr. Rushkoff has donated some campaign perks and makes a cameo appearance in the film).
Harsh Reality asks: What happens when technology designed to help us is used against us?
Let's find out. ScreenAnarchy has the exclusive on the commercial for the the NSYS-EX, the therapeutic device which serves as the basis of the narrative for the film. (You can see it below.) In the universe of Harsh Reality, the NSYS-EX is the latest in enhanced psychotherapeutic rehabilitation — in a nutshell, it’s psychotherapy via virtual reality.
Curious? Check out their Indiegogo page here and learn more about Energeia Films here.