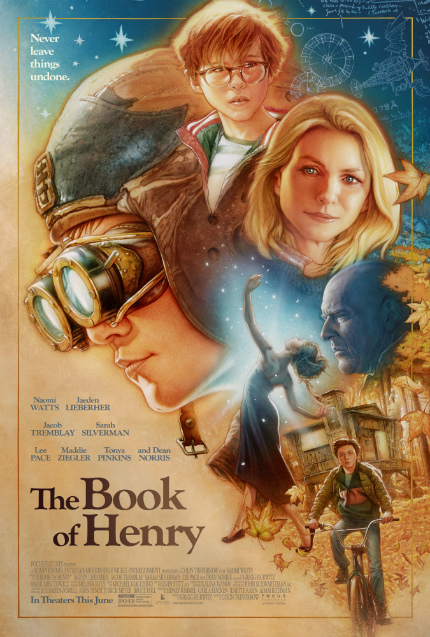 Colin Trevorrow made his feature directorial debut with Safety Not Guaranteed, a loose-limbed and weirdly comic movie with science-fiction themes that was fresh and enjoyable.

Then he was plucked out of the indie realm to helm Jurassic World, a big and clumsy, rather soulless piece of corporate entertainment that nonetheless pleased millions of people, and then was selected to direct Star Wars: Episode IX. Before that, however, he decided to make a smaller-scale film cloaked in secrecy.

Now the first trailer for The Book of Henry has been released into the wild, and it looks like an 80s-style neighborhood-justice vengeance flick with a couple of modern twists.

First, Jaeden Lieberher is Henry, an 11-year-old genius who is, essentially, a domestic partner for his mother, played by Naomi Watts with her usual genuine and sympathetic conviction.

When Henry figures out that the girl next door (Maddie Ziegler) has an abusive stepfather (Dean Norris) -- and no one will listen to complaints about him, because he's also the police commissioner in their small town -- he decides to do something about it. Only he can't really do anything on his own, not unless his mother goes along with it ...

This is all laid out in the trailer, which is nicely cut together, even as it thunders home its messages. Sarah Silverman appears as a friend of Naomi Watts; Jacob Tremblay (Room) also stars as Henry's younger brother.

The Book of Henry will power into theaters on June 16. You can watch the trailer below; you can also click the poster below to see it in its full original size.

Am I being too harsh on what looks like a heavy-handed thriller? 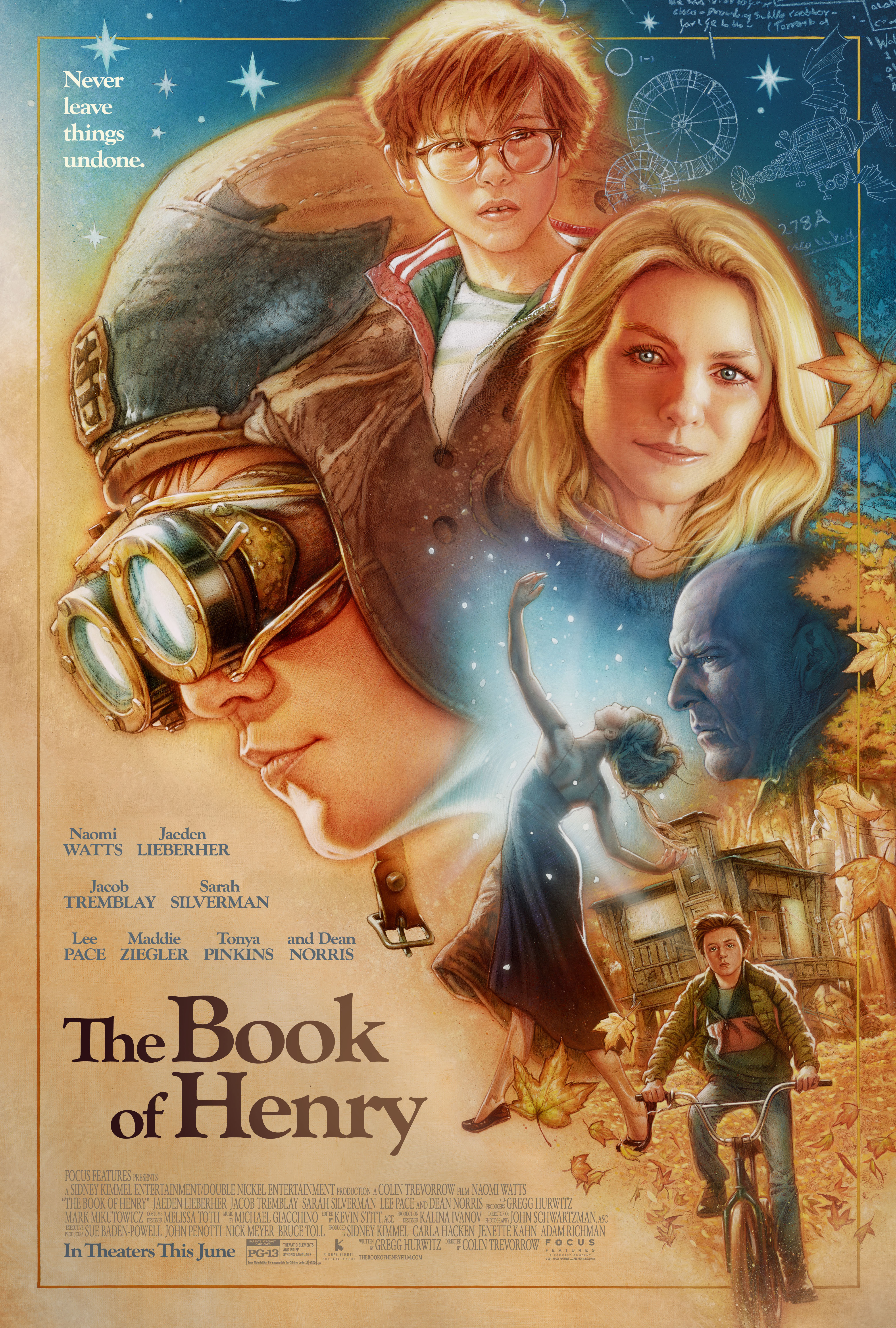 Do you feel this content is inappropriate or infringes upon your rights? Click here to report it, or see our DMCA policy.
Colin TrevorrowDean NorrisJacob TremblayJaeden LieberherNaomi Watts