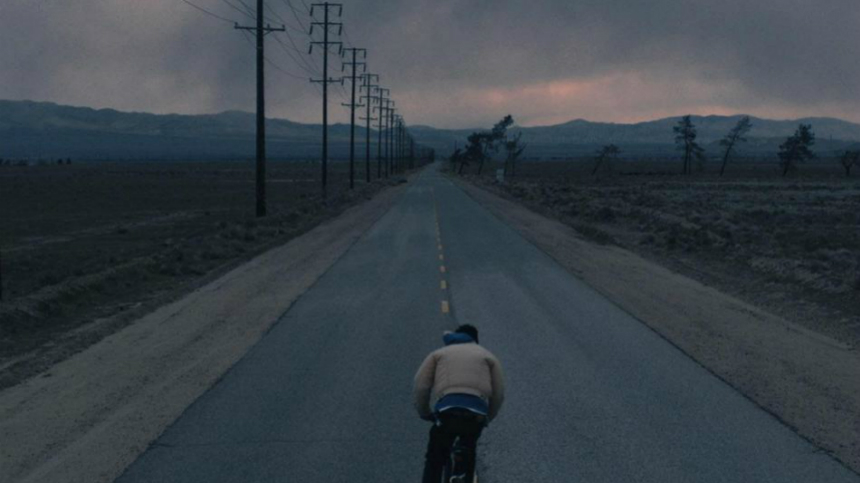 Taken at face value, Mike Ott's California Dreams is a slowly-drawn portrait of ordinary people who harbor dreams of something better. It mixes documentary footage and staged scenes without demarcation. To what effect? That is left up to the viewer to decide.

Frankly, the five subjects of the film -- who are sometimes actors and sometimes, perhaps, playing variations on themselves -- are not terribly compelling. Watching them perform auditions in the opening sequence is painful; has no one told these poor souls that they should focus on something other than acting?

Well, maybe they have been informed, and they have chosen to hold on to their dreams anyway, in which case their resiliency is remarkable. Through one on one interviews that sometimes become uncomfortably personal -- tell me about your sexual history: have you had oral sex? -- this small group is revealed, individually, as people who have the sense that they are falling through life without leaving a mark.

That realization makes them uncomfortable, and they are making every effort possible to do something about it, even if it doesn't seem like much to outside observers. After all, what do we know about it? Forget about getting from A to Z; getting from A to B may represent the totality of their capacity.

Cory Zacharia becomes the central player. An aspiring actor, he is offered an opportunity to act in a movie, but in Germany, and he must come up with the travel money himself. That's a huge hurdle; he's been out of work for eight years and lives with his mother.

He decides to get a job at Taco Bell, though he has trouble even distinguishing it from another fast-food restaurant. Filling out the job application becomes a Herculean endeavor, since he has difficulty comprehending the questions; spelling words correctly is a big challenge, too. His mother hovers in their apartment, preferring to drink than to provide any concrete assistance to her son. Perhaps she's worn out herself?

None of this is easy to watch, despite interludes of picturesque scenery of the High Desert region of Southern California, photographed by Mike Gioulakis. California Dreams is a static picture, dependent on the people within the frames to create drama, and that's in short supply.

Despite its modest, 83-minute running time, I won't deny that I had trouble keeping alert. This is probably a classic example of a movie that's not my cup of tea.

Still, there's something to be learned from every cinematic experience, and California Dreams made me appreciate the ambition of filmmaker Mike Ott. By focusing on ordinary people who may not be telling the truth, either to themselves or to the camera, the movie becomes a questioning essay, wondering whether dreams ever really need to end.