Directed by Samir Oliveros, BAD LUCKY GOAT follows siblings on a comic journey with dramatic overtones that takes them places they never could have anticipated. 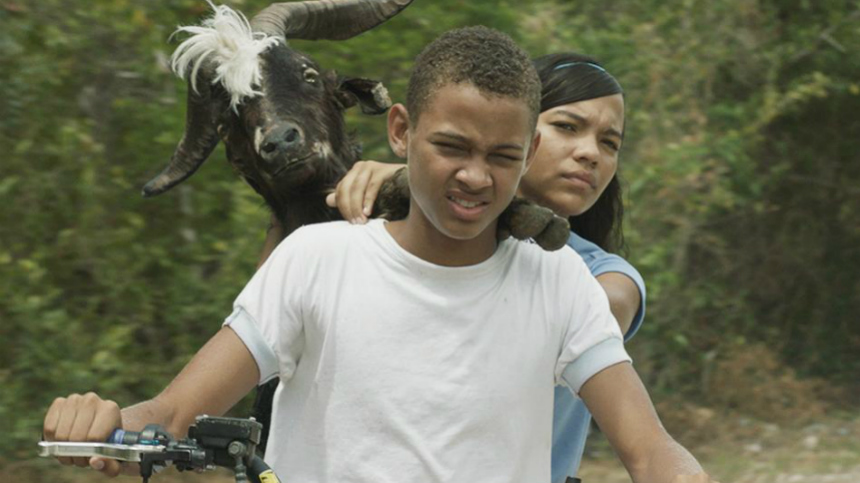 A brother, a sister, a goat.

A relaxed charmer, Bad Lucky Goat is some kind of wonderful. It starts with an appetizer that establishes its milieu, a ramshackle island community in the Caribbean. The area is in Colombia, South America, though its residents speak Creole, a distinctive local dialect, rather than Spanish.

Corn is a teenage boy who is trying to earn money for his fledgling band. One day he is sent out in the family pickup truck with his older (though shorter) sister Rita to pick up some market items. Along the way they kill a goat.

That's it, really. The linchpin of the movie is a dead goat!

Of course, there is much more to it than that. By that point, the combative relationship between Corn and Rita has been well established. They are siblings, they are rivals, they fight all the time, they never agree on anything. They are amusing to watch because it's such a familiar, recognizable dynamic. Older audience members can remember their own teen years and shake their heads at how silly it all was.

Yet it didn't seem that way at the time. Samir Oliveros, who wrote and directed, and his talented cast and crew capture a day that is significant to Corn and Rita, though one imagines its significance will only be recognized by them later in life.

After the death of the innocent animal, Corn and Rita must figure out what to do. Later the truck must be used to pick up tourists who will be staying at their family's hotel, and you can't pick up tourists in a truck with a busted fender. Neither has any money, so how to translate empty pockets and the body of a dead goat into the funds needed to repair the truck?

Forced to spend the day together under adverse conditions, Corn and Rita get to know each other as they never have before. The island is beautiful, the weather is gorgeous, and there are Corn and Rita, fighting and fussing with each others. The dialogue sparkles and the young actors give authentic performances. While much of it is presented in a comic manner. the film is thoughtful in allowing more dramatic aspects to sink in as appropriate.

As director, Oliveros has a great eye for composing shots that never feel typical. For as much as Corn and Rita battle throughout the day, the film hangs back, allowing scenes to play out without becoming overly intrusive due to excessive cutting. Some moments glisten and glide, the camera doing all the talking.

An unexpected surprise, Bad Lucky Goat is lively and spry, funny and thoughtful. And, yes, it made me reflect upon my own teen years with regret and appreciation. 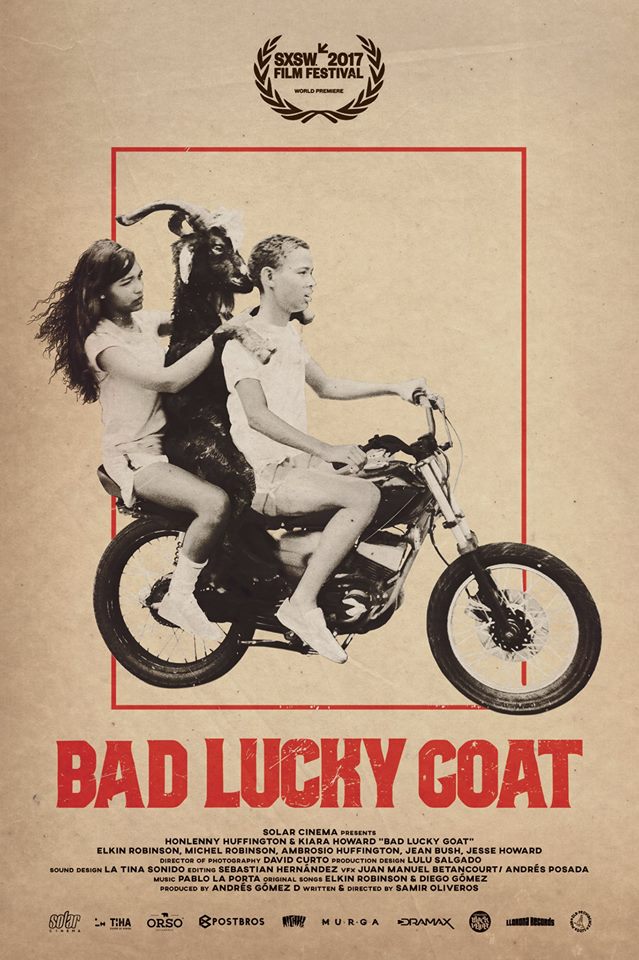