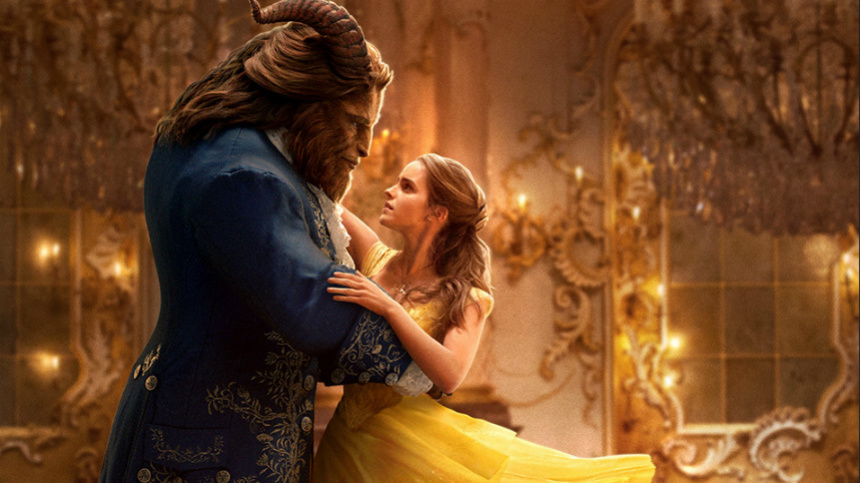 A tale as old as time is refurbished with new materials for reasons that are not readily apparent in Beauty and the Beast. It's the cinematic equivalent of someone blowing all the dust off a 25-year-old piece of furniture and proclaiming, "Hey, that looks pretty good! But let's make it bigger."

Indeed, I'm of the opinion that Disney's original animated version is a modern classic, based upon at least a dozen viewings in the first few years after it was released in late 1991. The plot is strong, the characters are well-defined, the pace is sleek, the songs are terrific, the vocal performances are convincing, the animation, 2-D as it is, remains lush and beautiful.

In the quarter-century that has passed, some elements have become outdated, and so the new live-action version provides a welcome diversity in its casting, and certain characterizations have been tweaked, with the evident aim to make them stronger. Yet the overall impact is blunted because the running time has also been extended to accommodate more songs and small dramatic and comic bits that reinforce things we already know, if not from the original then from the 18th-century fairy tale or the many, many versions that have been told since.

Still, it's entirely possibly that someone who is not well-versed in the original film will find these quibbles to be negligible. Under the direction of Bill Condon, Beauty and the Beast is eminently likable. The cast gives winning performances, led by Emma Watson as Belle, the daughter of eccentric inventor Maurice (Luke Evans).

Belle is a strong-minded woman who knows what she wants: to get out of her small provincial town and see the world. She also knows what she doesn't want: Gaston (Luke Evans), a blustery, vain man about town who has decided that he needs to marry Belle solely because she's the fairest maiden in the land. 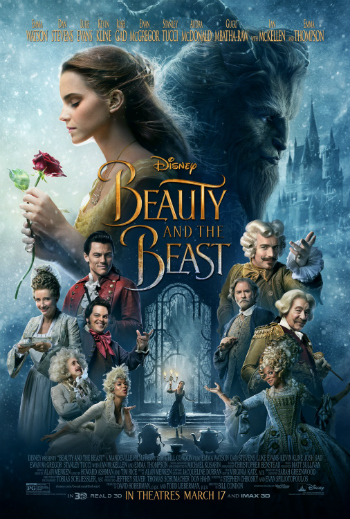 One day, Maurice heads out on an overnight trip and ends up imprisoned in a large, imposing castle where an unhappy former prince (Dan Stevens) has been transformed into a beast because he's not a very nice guy. (Hey, it's a fairy tale!) Even worse, every other inhabitant of the castle -- mostly the prince's servants -- have been transformed into furniture and/or household items. (It's a very nasty magical spell; I mean, what did they do?)

Belle arrives and, to rescue her father, takes his place in the castle's prison, where she must remain forever. She is quickly freed by candlestick holder Lumiere (Ewan McGregor), who knows that the only way that the Beast and all the other trapped souls in the castle can regain their former lives is for love to bloom between him and someone else, anyone else. Maybe Belle can save them all?

From there, the romantic push and pull between Belle and the Beast begins to coalesce, while the situation back in town slowly escalates. Dan Stevens, who is mostly hidden beneath his appearance, is not as gifted a singer as the original's Robby Benson, but he makes up for that with greater dexterity in his speaking voice, lending a more distinctive variety to the Beast's utterances.

As for Watson, she makes for a very appealing Belle, exuding sincerity and devotion. The other cast members are fine, though I'm not sure why the new Lumiere still has a thick, fake French accent. It's also notable that the household characters were designed to appear more like the objects they inhabit, so Lumiere, for example, has a blank slate of a face, which reduces any emotional connection that might be made with them.

The beginning and middle sections of the film has been especially bulked up, though it often feels like repetition for needless emphasis. On the positive side, the musical sequences built around "Be Our Guest" and the title song are dressed up with modern visual effects that are designed for maximum wow and dazzle.

Otherwise, the tweaks that have been made sometimes seem arbitrary, like they were made just to be different from the animated original, not better. By the time the end credits roll, it's easy to conclude that, yes, the 2017 version of Beauty and the Beast is enjoyable on its own merits and different than the 1991 version, but not any better.

The film opens in theaters throughout North America on Friday, March 17.

Do you feel this content is inappropriate or infringes upon your rights? Click here to report it, or see our DMCA policy.
Bill CondonDan StevensDisneyEmma Watson