Meet The KING OF PEKING In Trailer For Tribeca-Selected Charmer 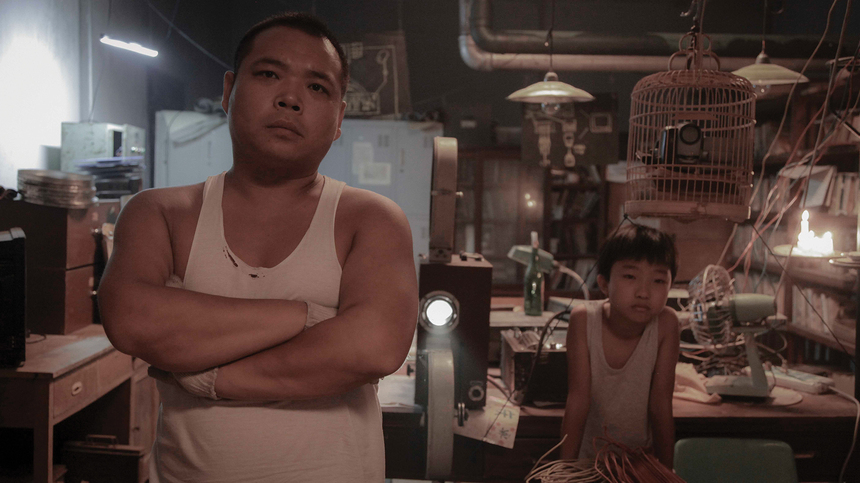 It was back in 2010 that we first came across writer-director Sam Voutas in these pages. An Australian living in China, Sam was poised to release his debut feature at the time - a Mandarin language comedy about a man starting a sex toy shop in Mainland China titled Red Light Revolution - and we knew instantly that we'd found our kind of filmmaker.

Well, Voutas is back now with a second China-set comedy - one that reunites most of the cast and crew from his debut - and will soon be making his world premiere at Tribeca with King Of Peking. Here's how they describe it:

Big Wong and Little Wong are a close knit father-son duo. Together, they travel around as a mobile cinema projecting Hollywood movies for local villagers. When Big Wong’s ex-wife demands he start paying spousal support, he realizes he may lose custody of his son. In order to raise enough money to stay together, Big Wong takes up a job as a janitor in an old Beijing movie theater.

When Big Wong happens upon an old DVD recorder in a junk store, he comes up with a business plan that he hopes will make him enough money to maintain custody of Little Wong: creating and selling bootleg DVDs. Together, they secretly run their new business — which they name King of Peking — out of the basement of the movie theater. As business booms, Little Wong starts to question the moral and ethical implications of their scheme and Big Wong senses that he is slowly losing his son’s trust.

A trailer has recently arrived on the scene to spread the word prior to the premiere and - like Voutas' debut - it looks like a charmer through and through. And having had the chance to see the film early [XYZ Films, where I spend most of my working hours, has just signed on to represent it for sales] I can say absolutely that that impression is absolutely accurate. Check out the trailer below!

More about King Of Peking