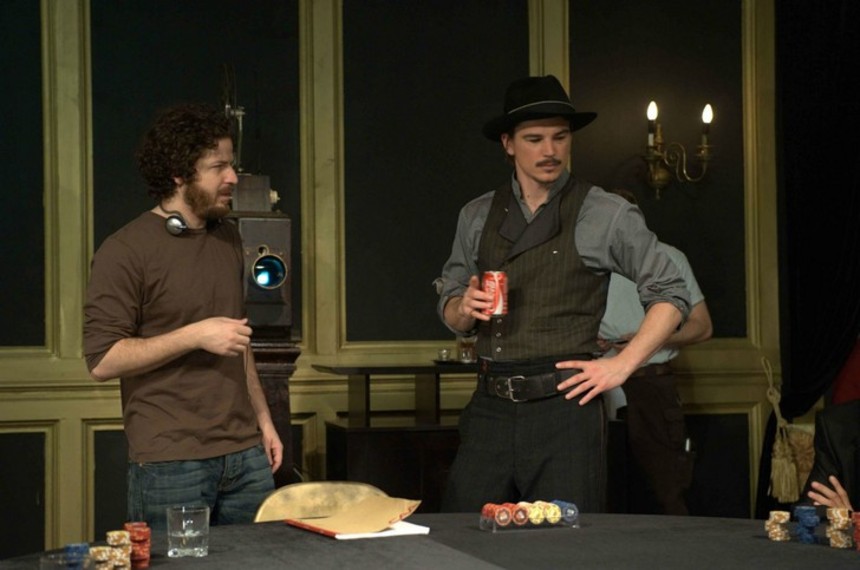 Bunraku writer and director Guy Moshe is reteaming with actor Josh Hartnett for a new revenge thriller on the horizon titled The Last Draw Of Jack Of Hearts. Production is reportedly commencing in April with Highland Film Group presenting the film this week to buyers at the European Film Market following its presentation at Toronto late last year by Disrupting Influence's Glenn Kendrick Ackermann and Jason Piette when Hartnett was in talks to star.

Billed as a neo-noir espionage thriller, Moshe's script will see Hartnett as the leader of a black ops mercenary group who returns to Naples to seek revenge and reunite with the woman he loves after being betrayed by his team and left for dead in Africa. Ackermann and Piette are on board with Moshe as well as Matthew G. Zamias, Chimera Pictures's Pedro Tarantino and Lituanica Film’s Karolis Malinauskas to produce the pic.

Do you feel this content is inappropriate or infringes upon your rights? Click here to report it, or see our DMCA policy.
Guy MosheJosh HartnettThe Last Draw Of Jack Of Hearts