It's all about the world in May for the Criterion Collection. The company announced their lineup for the month and two titles jumped out at me.

Terry Zwigoff's Ghost World is a movie I watched on multiple occasions years ago, when the world was younger. It's told in a simple yet evocative manner that resonated for me at the time, so I wonder what kind of effect it will have on me now. New interviews with the cast are included.

The other title is World Cinema Project, which is actually a collector's set of indie films from around the world. Each has been restored, with introductions by Martin Scorsese.

Other upcoming releases include Ozu's lovely Good Morning, Jacques Audiard's acclaimed Dheepan, and two versions of Orson Welles' Othello, as well as a Blu-ray version of Chantal Akerman's Jeanne Dielman, 23, quai du Commerce, 1080 Bruxelles. Click through the gallery below to read the details and make your purchasing plans. 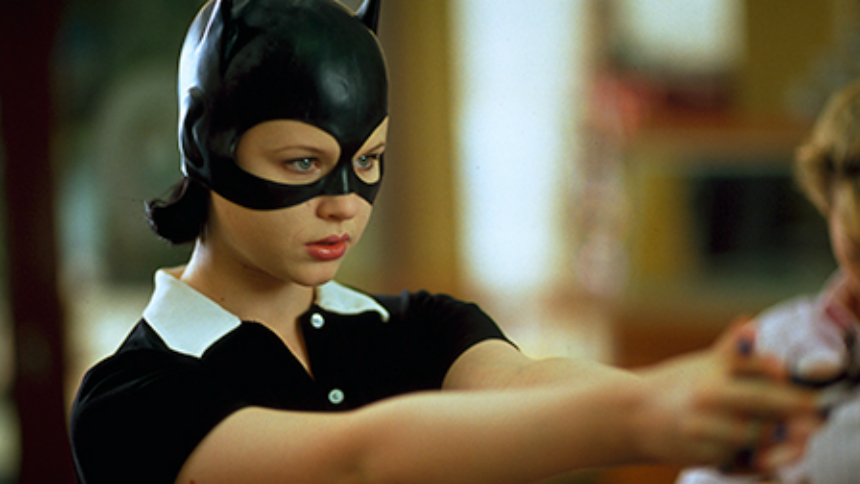 Terry Zwigoff's first fiction film, adapted from a cult-classic comic by Daniel Clowes, is an idiosyncratic portrait of adolescent alienation that's at once bleakly comic and wholly endearing. Set during the malaise-filled months following high-school graduation, Ghost World follows the proud misfit Enid (Thora Birch), who confronts an uncertain future amid the cultural wasteland of consumerist suburbia. As her cynicism becomes too much to bear even for her best friend, Rebecca (Scarlett Johansson), Enid finds herself drawn to an unlikely kindred spirit: a sad-sack record collector many years her senior (Steve Buscemi).

With its parade of oddball characters, quotable, Oscar-nominated script, and eclectic soundtrack of vintage obscurities, Ghost World is one of the twenty-first century's most fiercely beloved comedies. 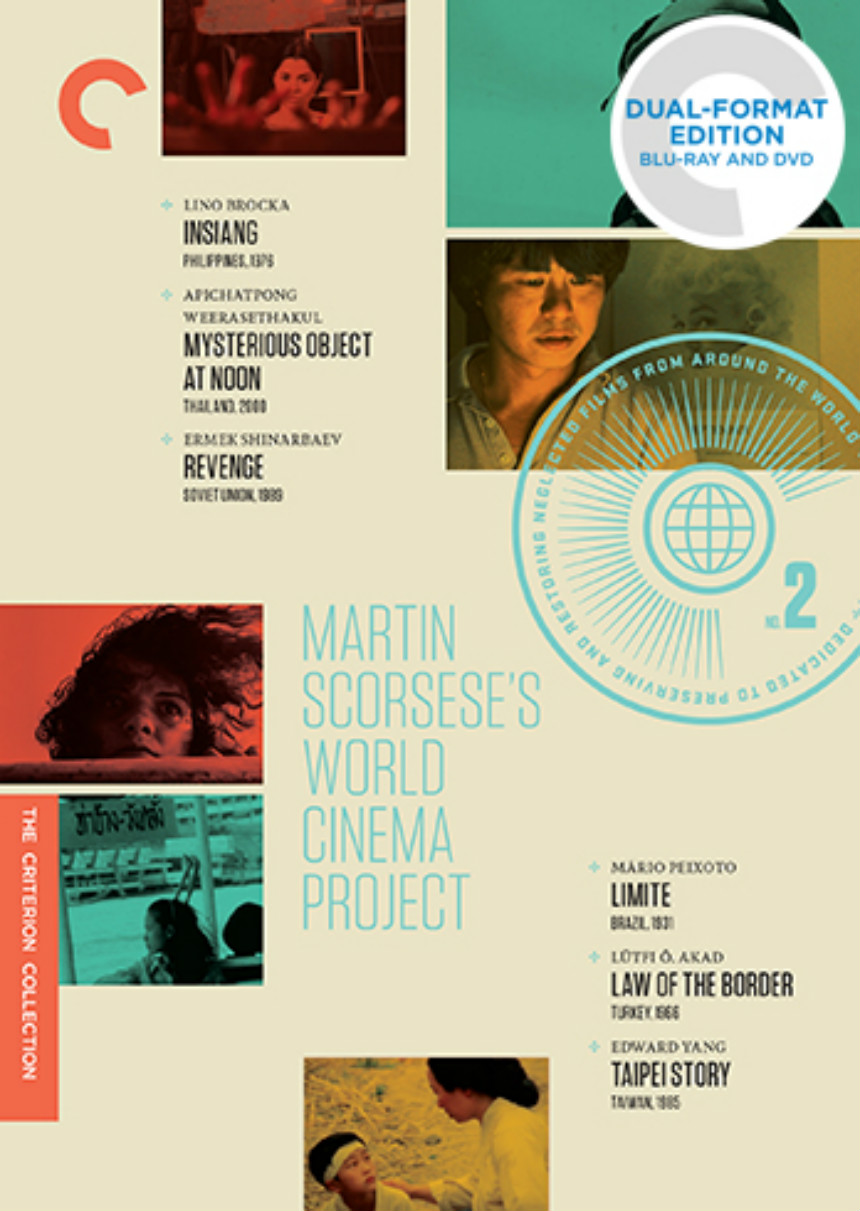 Established by Martin Scorsese in 2007, the Film Foundation's World Cinema Project has maintained a passionate commitment to preserving and presenting masterpieces from around the globe, with a growing roster of more than two dozen restorations that have introduced moviegoers to often-overlooked areas of cinema history.

This collector's set gathers six important works, from the Philippines (Insiang), Thailand (Mysterious Object at Noon), Soviet Kazakhstan (Revenge), Brazil (Limite), Turkey (Law of the Border), and Taiwan (Taipei Story). Each title is an essential contribution to the art form and a window onto a filmmaking tradition that international audiences previously had limited opportunities to experience.

Jealousy and violence take center stage in the sweltering, claustrophobic melodrama Insiang, a beautifully acted and tautly constructed character study set in the slums of Manila. Director Lino Brocka crafts an eviscerating portrait of women scorned, led by Filipina stars Hilda Koronel and Mona Lisa, who portray an innocent daughter and her bitter mother. Insiang (Koronel) leads a quiet life dominated by household duties, but after she is raped by her mother's brutish lover and abandoned by the young man who claims to care for her, she exacts vicious revenge.

A savage commentary on the degradation of urban social conditions under modern capitalism, Insiang introduced Filipino cinema to international audiences by being the first film from the country ever to play at Cannes.

As a recent film-school graduate, Apichatpong Weerasethakul brought an appetite for experimentation to Thai cinema with this debut feature, an uncategorizable work that refracts documentary impressions of the director's native country through the concept of the exquisite corpse game.

Enlisting locals to contribute their own improvised narration to a simple tale, Apichatpong charts the collective construction of the fiction as each new encounter imbues it with unpredictable shades of fantasy and pathos. Shot over the course of two years in 16 mm black and white, this playful investigation of the art of storytelling established the fascination with the porous boundaries between the real and the imagined that the director has continued to explore.

Early in the twentieth century, a child is raised in Korea with a single purpose: to avenge the death of his father's first child. This is the crux of Revenge, a decades-spanning tale of obsession and violence, and the third collaboration between director Ermek Shinarbaev and writer Anatoli Kim.

As much about Eastern philosophy and poetry as it is about everyday acts of evil, this haunting allegory was the first Soviet film to look at the Korean diaspora in Kazakhstan and Central Asia, and a founding work of the Kazakh New Wave. Rigorous and psychologically complex, Revenge weaves together luminous color imagery and inventive narrative elements in its unforgettable meditation on the way trauma can be passed down through generations.

An astonishing work of creative expression, Limite is the sole feature by the Brazilian filmmaker and author Mário Peixoto, made when he was just twenty-two years old. Inspired by a haunting André Kertész photograph Peixoto saw on the cover of a French magazine, this avant-garde silent masterpiece centers on a man and two women lost at sea, their pasts unfolding through meticulously orchestrated flashbacks propelled by the music of Erik Satie, Claude Debussy, Igor Stravinsky, and others.

One of the earliest works of independent Latin American filmmaking, Limite was for most of the twentieth century famously difficult to see. It is a pioneering achievement of Brazilian cinema that continues to captivate with its timeless visual poetry.

LAW OF THE BORDER

Set along the Turkish-Syrian frontier, this terse, elemental tale of smugglers contending with a changing social landscape brought together two giants of Turkish cinema. Director Lütfi Ö. Akad had already made some of his country's most notable films when he was approached by Yilmaz Güney-a rising action star who would become Turkey's most important and controversial filmmaker-to collaborate on this neo-western about a quiet man who finds himself pitted against his fellow outlaws.

Combining documentary authenticity with a tough, lean poetry, Law of the Border transformed the nation's cinema forever-even though it was virtually impossible to see for many years.

Edward Yang's second feature is a mournful anatomy of a city caught between the past and the present. Made in collaboration with Yang's fellow New Taiwan Cinema master Hou Hsiao-Hsien, who cowrote the screenplay and helped finance the project, Taipei Story chronicles the growing estrangement between a washed-up baseball player (Hou, in a rare on-screen performance) working in his family's textile business and his girlfriend (pop star Tsai Chin), who clings to the upward mobility of her career in property development.

As the couple's dreams of marriage and emigration begin to unravel, Yang's gaze illuminates the precariousness of domestic life and the desperation of Taiwan's globalized modernity. 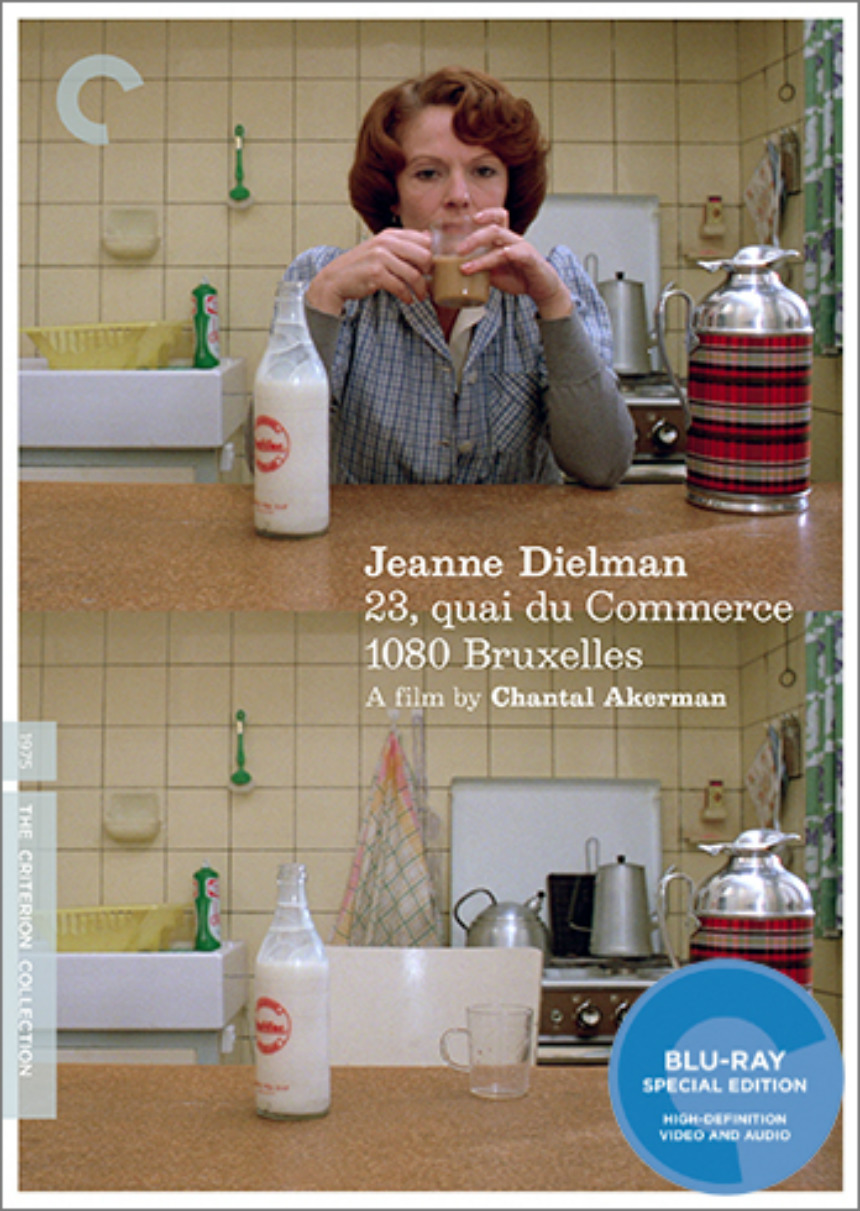 A singular work in film history, Chantal Akerman's Jeanne Dielman, 23, quai du Commerce, 1080 Bruxelles meticulously details, with a sense of impending doom, the daily routine of a middle-aged widow (Delphine Seyrig) - whose chores include making the beds, cooking dinner for her son, and turning the occasional trick.

In its enormous spareness, Akerman's film seems simple, but it encompasses an entire world. Whether seen as an exacting character study or one of cinema's most hypnotic and complete depictions of space and time, Jeanne Dielman is an astonishing, compelling movie experiment, one that has been analyzed and argued over for decades.

*Autour de "Jeanne Dielman," a 69-minute documentary-shot by actor Sami Frey and edited by Agnes Ravez and director Chantal Akerman-made during the filming of Jeanne Dielman 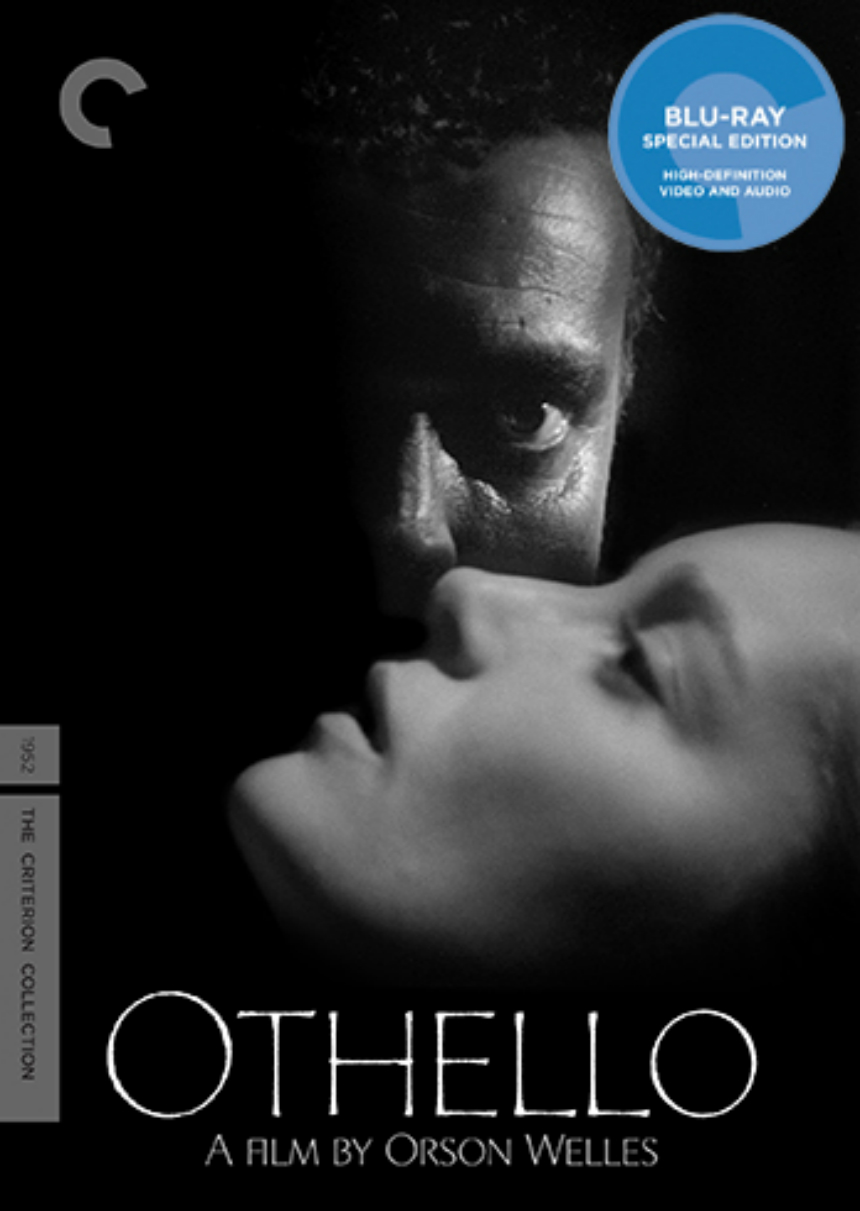 Gloriously cinematic despite being made on a tiny budget, Orson Welles's Othello is a testament to the filmmaker's stubborn willingness to pursue his vision to the ends of the earth. Unmatched in his passionate identification with Shakespeare's imagination, Welles brings his inventive visual approach to this enduring tragedy of jealousy, bigotry, and rage, and also gives a towering performance as the Moor of Venice, alongside Suzanne Cloutier as his innocent wife, Desdemona, and Micheál MacLiammóir as the scheming Iago.

Shot over the course of three years in Morocco, Venice, Tuscany, and Rome and plagued by many logistical problems, this fiercely independent film joins Macbeth and Chimes at Midnight in making the case for Welles as the cinema's most audacious interpreter of the Bard. 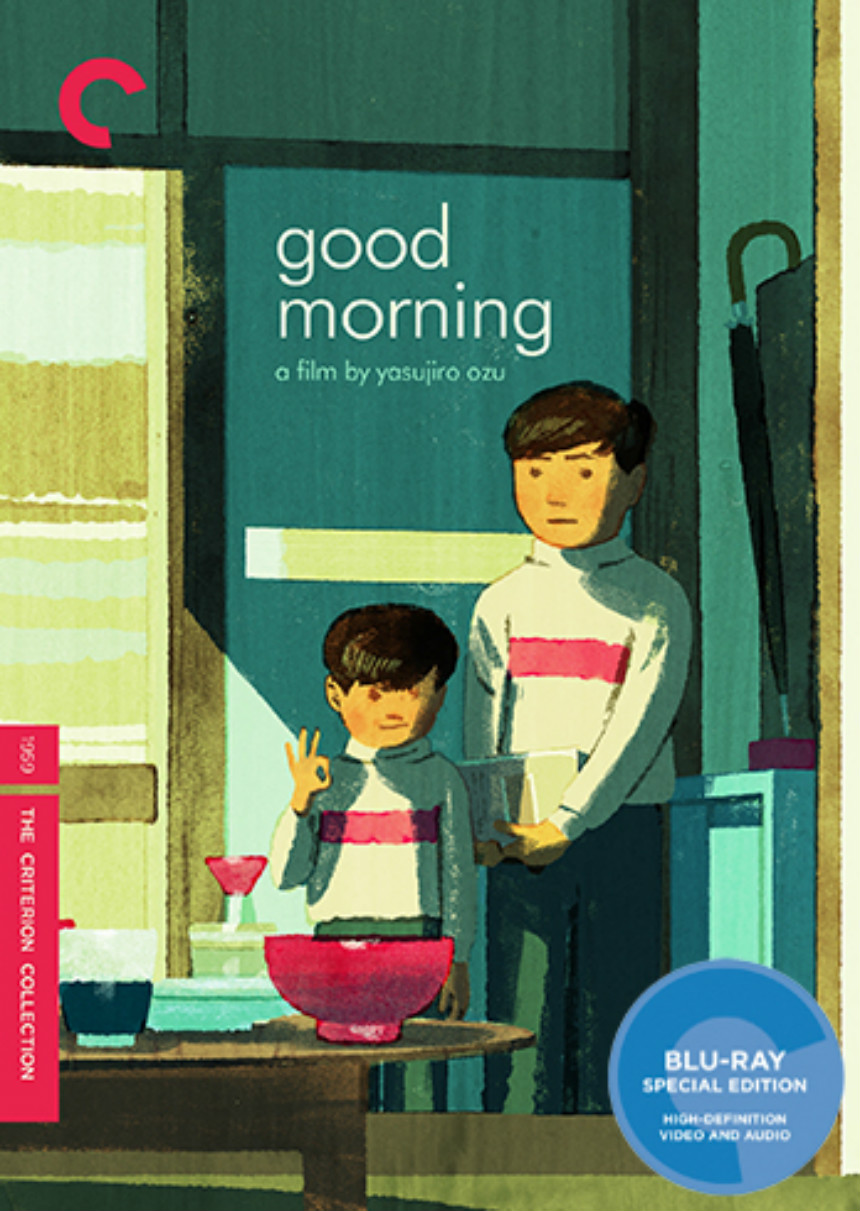 A lighthearted take on director Yasujiro Ozu's perennial theme of the challenges of intergenerational relationships, Good Morning (Ohayo) tells the story of two young boys who stop speaking as an act of resistance after their parents refuse to buy a television set. Ozu weaves a wealth of subtle gags through a family portrait as rich as those of his dramatic films, mocking the foibles of the adult world through the eyes of his childish protagonists.

Shot in stunning Technicolor and set in a suburb of Tokyo where housewives gossip about the neighbors' new washing machine and unemployed men look for work as door-to-door salesmen, this charming comedy reworks Ozu's own silent classic I Was Born, But . . . to gently satirize consumerism in postwar Japan. 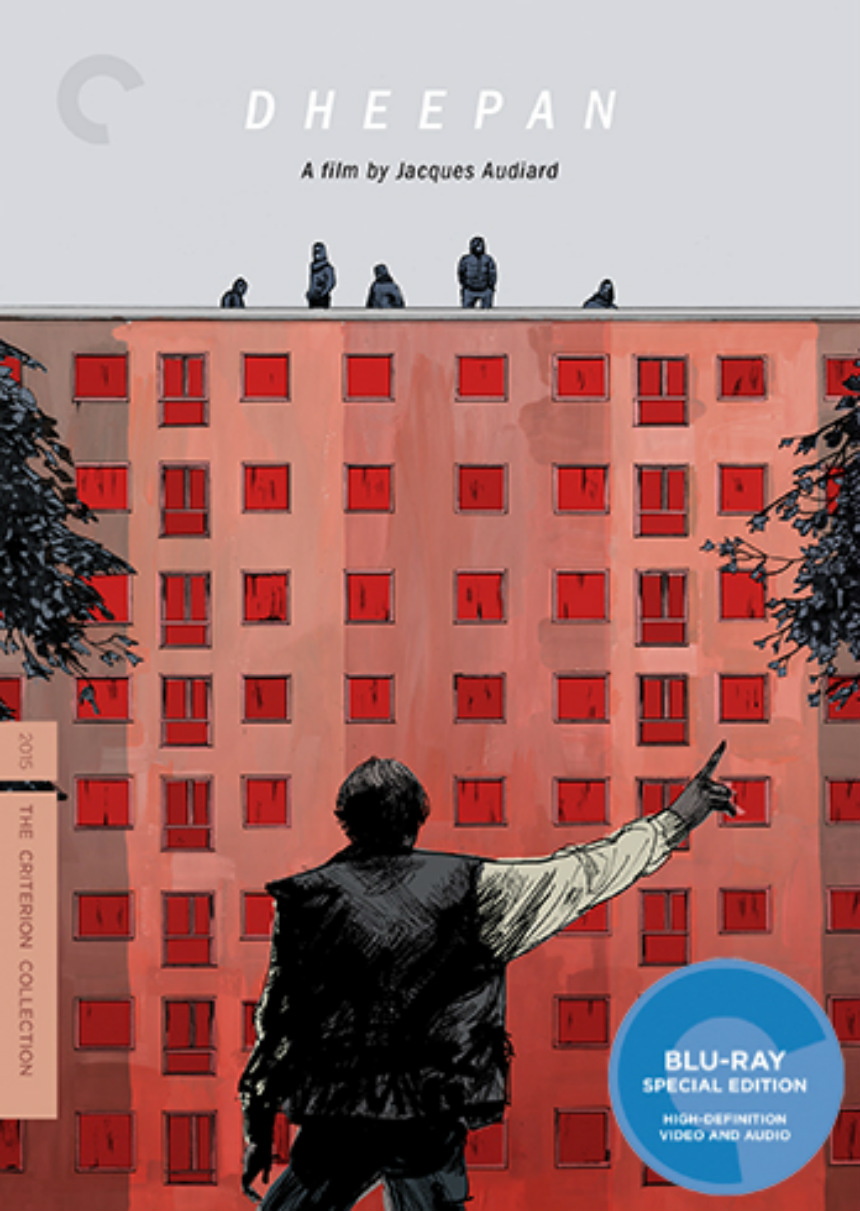 With this Palme d'Or-winning drama, which deftly combines seemingly disparate genres, French filmmaker Jacques Audiard cemented his status as one of the titans of contemporary world cinema. In an arresting performance, the nonprofessional actor Antonythasan Jesuthasan (himself a former child soldier) stars as a Tamil fighter who, along with a woman and child posing as his wife and daughter, flees war-torn Sri Lanka only to land in a Paris suburb riddled with drugs.

As the makeshift family embarks on a new life, Dheepan settles into an intimate social-realist mode, before tightening, gradually and organically, into a dynamic turf-war thriller, as well as an unsettling study of the psychological aftereffects of combat. Searing and sensitive, Audiard's film is a unique depiction of the refugee experience as a continuous crisis of identity.

Do you feel this content is inappropriate or infringes upon your rights? Click here to report it, or see our DMCA policy.
CriterionJacques AudiardMartin ScorseseOrson WellesOzu YasujiroTerry Zwigoff