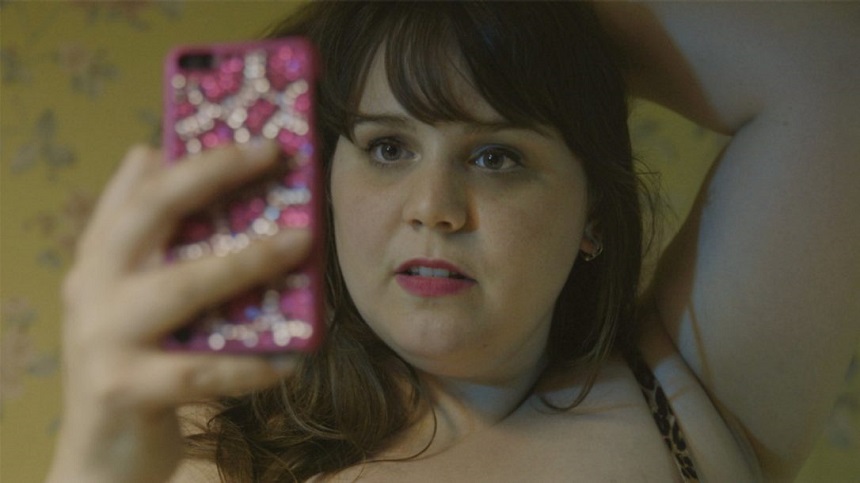 Wexford Plaza, the titular location in writer/director Joyce Wong’s first full-length feature, is the type of place where dreams go to die (or where noted shyster lawyer Saul Goodman would hold court). A middle-of-nowhere strip mall that’s almost usually empty, it’s where we find the two protagonists of this low-key drama.

Betty (Reid Asselstine) is a lonely security guard who spends the majority of her nights sitting at a booth. Danny (Darrel Gamotin) is a deadbeat bartender with big ambitions but absolutely no drive to see them through. A small, sexually charged encounter will send their uneventful lives into a tailspin.

More than anything, this movie works because it feels real. Anyone has worked a dead-end job once in their lives, the kind of soul-sucking work that you do just to pay the bills and get by – Betty’s slovenly douche of a boss Rich (Francis Melling) is an example of someone who has resigned himself to this fact. It happens at this mall, it can happen anywhere, twentysomethings trying to figure out their lives and hitting a wall in the process. The casting of two largely unknown actors also pays off; your typical Hollywood indie would probably cast someone like Kristen Bell and expects you to buy her as a sadsack loner whom no one pays attention to, but Wong does things differently. Both Asselstine and Gamotin aren’t conventional leads and they manage to make their characters feel lived-in and real. Said characters aren’t begging for sympathy, either; they’ve got problems and foibles like everyone else. In short, like real people.

Joyce tells this small story from both Danny and Betty’s perspectives, constantly subverting expectations. He’s either a dickish layabout or a poor sucker that can’t catch a break; and she’s either sad and lonely or unbearably, annoyingly desperate. It’s not about siding with one or the other, merely, it's considering the day to day lives of two people who are aimless and trying to find their place. There’s also some subtle humor to offset what could have been a pretty sad tragedy, and really, just like in real life, sometimes all you can do is laugh.

Wexford Plaza plays out its story on a small and intimate scale, a picture of suburban life which probably repeats itself in many an abandoned strip mall. Joyce Wong didn’t feel the need to go big, and this affecting little slice of life is all the better for it.

Do you feel this content is inappropriate or infringes upon your rights? Click here to report it, or see our DMCA policy.
darrel gamotinJoyce Wongreid asselstineslamdance 2017Wexford Plaza