10 Cloverfield Lane was a sly and timely fable, and should win, like, all the awards 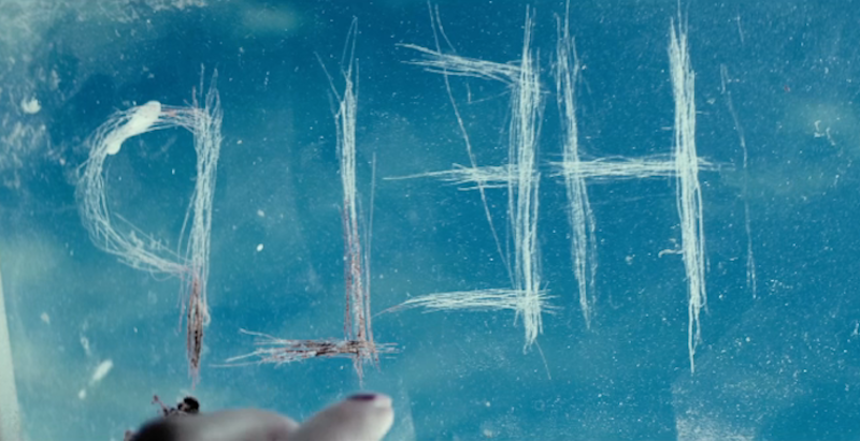 But first, let's talk about The Cellar.

Originally a spec script written by Josh Campbell and Matt Stuecken (famously making the coveted Tracking List "hit list" in 2012) The Cellar made its way around the studio system for a bit before landing at Bad Robot and in the hands of J.J. "Big Pimpin" Abrams. That's when all of the manufactured mystery, viral marketing and Cloverfield "blood relative" talk started. The project was first referred to as Valencia for purposes of maximum secrecy--as is the norm with Abrams related projects. Then came the reveal of the new title, 10 Cloverfield Lane, which was unveiled at the close of the film's excellent initial teaser. The Cellar was no more. Long live The Cellar!

Putting aside the film's name change and franchise branding, it is actually even more enjoyable to think of 10 Cloverfield Lane as a stand alone fable, pointedly wielding its paranoia, claustrophobia and tension as powerful weapons on its journey. Above all else, though, it proves to be the legendary (yes, LEGENDARY) John Goodman's god damn acting master class. And he is accompanied by a more than game Mary Elizabeth Winstead and an impressive John Gallagher Jr.--all three of them bouncing off of each other's strengths in a brilliantly macabre stage play setting. And it's the setting that plays such an integral role in the film's ultimate success.

Trachtenberg, who is a relatively fresh-faced director, pulls off the paradoxical aesthetic here of keeping 10 Cloverfield Lane ultimately a confined and constrained experience while also finding a way to make it both expansive and lived-in. That's not an easy balance to pull off--let alone pull off well. His demonstrated control is impressive, in that the film has a wealth of directions that it could easily go into at any given time. Trachtenberg avoids the trap of everything becoming muddled by having a razor-sharp sense of discipline. 10 Cloverfield Lane is down-right militaristic in its focus.

Goodman, as both the film's natural villain as well as its tragic anti-hero, has the unenviable task of bringing to life Howard Stambler, a complicated monster with a mild-mannered viciousness. His sympathetic moments mesh so well with his overall deranged and demented view of the world. He is such a completely realized, if fatally flawed character. At a certain point, you almost want to excuse his behavior, until it is revealed to you the actual depths of his mania.

So much of 10 Cloverfield Lane's atmosphere and aesthetic feels unmistakably 2016--despite whatever year that the screenplay was conceived. There's a prevailing sense of uncertainty that is laced right into its genetic code. The film practically runs on distrust from all angles. When we are shown things actually working well in the cellar, the idealized way that maybe it "should" work, it's not long before Howard (Goodman) screws it up (usually on purpose). It all feels kind of prescient, without all that much mental gymnastics needed.

The film's final act has been much-discussed (positively and negatively), and rightfully so. It is dominated with action set pieces of both the satisfying, exciting and intriguing variety. However, it's probably a little jarring, in general. Not to mention, that some will automatically feel as though it is tacked on--and it very well might have been. Truth is, though, 10 Cloverfield Lane remains in complete control of its tone and atmosphere, regardless of the shift in the last stages of the story. It's still telling the same harrowing tale with the same empowering performance from Winstead at the center.

While it made its money (there is yet another "blood relative" of Cloverfield on the way soon), and received damn fine reviews, you can't help but get the feeling as though 10 Cloverfield Lane may end up falling by the wayside as simply an enjoyable, popcorn thriller. It has gotten little to no awards attention, and really wasn't mentioned all that often when publications released their end-of-the-year lists and what-not. Granted, awards and lists do not necessarily make a film noteworthy or even good. But, I feel that it would be tragic shame if 10 Cloverfield Lane was forgotten like some typical pop culture ephemera. Its roots run deeper than that. It shows more scars. And scars last.