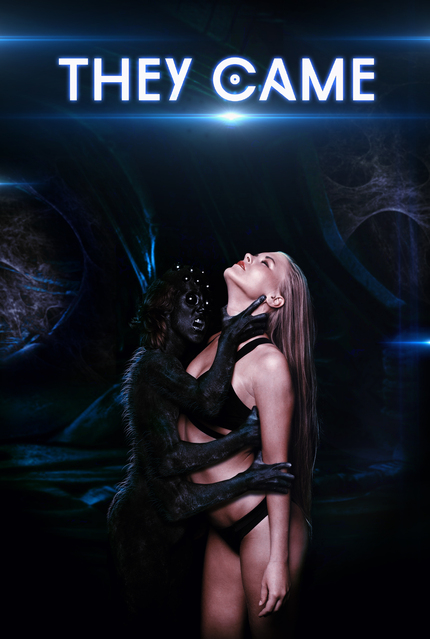 A(r)men director Thomas Lunde has again teamed up with special-effects supervisor Steinar “Effektmakeren” Kaarstein (Dead Snow 1 & 2, ABCs of Death).  This time they are working on a totally bonkers sci-fi web-series featuring the most insane alien invasion ever!

This project is our filmmakers dream come true. Super sexy bodysnatching aliens, an intergalactic STD, pregnant men and a black metal band from the dark corners of Norway! What more could you ask for? We believe in creative freedom and this project is a tribute to all does crazy sci-fi and horror films from the 60s, 70s and the 80s. Creativity is our drug. And our director love to mix up different genres so this will be an utterly insane and bloody fantastic ride!

Our story is a sci-fi horror comedy. Body snatching super sexy aliens have invaded earth spreading an extraterrestrial venereal disease and making our men into incubators for their alien eggs. And now it’s up to two computer geeks, a couple of black metal heads and a doomsday prepper to save the planet from the extraterrestrial threat.

Steinar ”Effektmakeren” Kaarstein is one of Europe’s most skilled special effects artists and has supplied amazing special effects on movies like Dead Snow 1 & 2, ABCs of Death, Hellfjord and Hidden.

Thomas has been a movie geek since kindergarten and was a VHS-swapper back in the good old days (respect to all you VHS connoisseurs). He has directed several award winning music videos and short films, including A(r)men which he made in collaboration with Steinar. A(r)men was featured as an extra on the Dead Snow Red vs Dead blu-ray, won “Best of Shorts” over at Calgary International Film Festival and was screened at amongst others Neuchâtel International Fantastic Film, Big Sur International Short Film Festival, Telluride Horror Show and Newport Beach Film Festival.

We are currently crowdfunding, so how about signing up for the Alien Death Fuck perk or extraterrestrial safe condoms?https://igg.me/at/theycame

They Came - Campaign from Thomas Lunde on Vimeo.