THE GREEN HORNET Is Getting A Full-On, Badass Reboot At Paramount Pictures 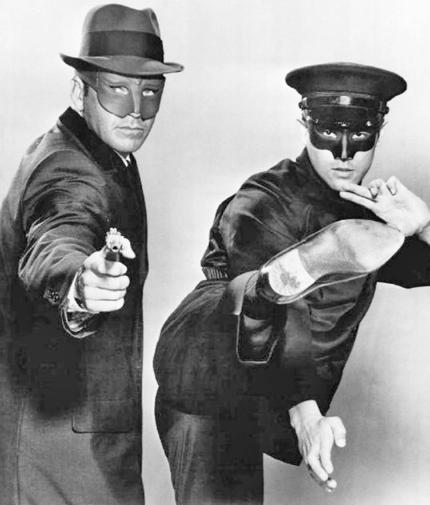 Legends never die! And neither do remakes for that matter.

Yes, the word is out now this week with Paramount Pictures ready to advance a more "badass" version of The Green Hornet with The Accountant and Warrior helmer Gavin O'Connor tapped to write and direct, as well as produce with Peter Chernin of Chernin Entertainment. Casting details are nil as things are early but it was O'Connor himself who took to Deadline this week to discuss his motus operandi for the film, describing the character as more of an action-driven gritty, reverse, anti-heroic cross between Batman and Jason Bourne with a Chris Kyle twist a la Clint Eastwood's biopic, American Sniper.

O'Connor, by his own further testimony, said he waited twenty years as the rights moved from one place to another while hoping he would get his chance at the property, giving moviegoers a more serious, modestly more cynical iteration of the character whose stoic tale, suffered in part by the absence of his father, further emboldens his evolution into the vigilante he becomes. George W. Trendle and Fran Striker first launched the character on radio in 1936 followed by subsequent film and television work by the 1960's featuring actor Van Williams whose role as playboy/media mogul and owner of The Daily Sentinel, Britt Reid, served as the foundation for his crimefighting alterego under the guise of a wanted fugitive, along with the help of his sidekick, Kato, a role that helped launch legendary martial artist and actor Bruce Lee into rising stardom prior to his forthcoming film career.

I suppose the big question now is who to cast as Hornet himself and Kato. Since the news broke on Tuesday some of the biggest focus I've seen is on who will get cast as Kato and some want to see big names like Donnie Yen or someone of his stature in the role. I say it can be anyone as long as they have a sizeable profile as a performer in multiple aspects from drama and physical action, and can suit the edgier image and tone that O'Connor is going for. Jay Chou already played him in the lesser-received adaptation from Michael Gondry in 2011 starring Seth Rogen, and Yen lended his own homage to the character in a stellar action sequence in the 2010 period thriller, Legend Of The Fist: The Return Of Chen Zhen.

That probably doesn't mean it won't happen but if not, personally I won't lose sleep over it. At any rate, those are the facts and you can read more about it at Deadline while you can feel free to comment on social media wherever this article is and, as ScreenAnarchy's own Ard Vijn would put it, Have Your Say!, on who would suit a newer version of Kato or both he and the Hornet for that matter!

Do you feel this content is inappropriate or infringes upon your rights? Click here to report it, or see our DMCA policy.
Gavin O'ConnorParamount PicturesPeter CherninThe Green Hornet